Home » Travel destinations » Europe » One of the most beautiful fountains in Rome: the fountain of the Naiads at Piazza della Repubblica

One of the most beautiful fountains in Rome: the fountain of the Naiads at Piazza della Repubblica 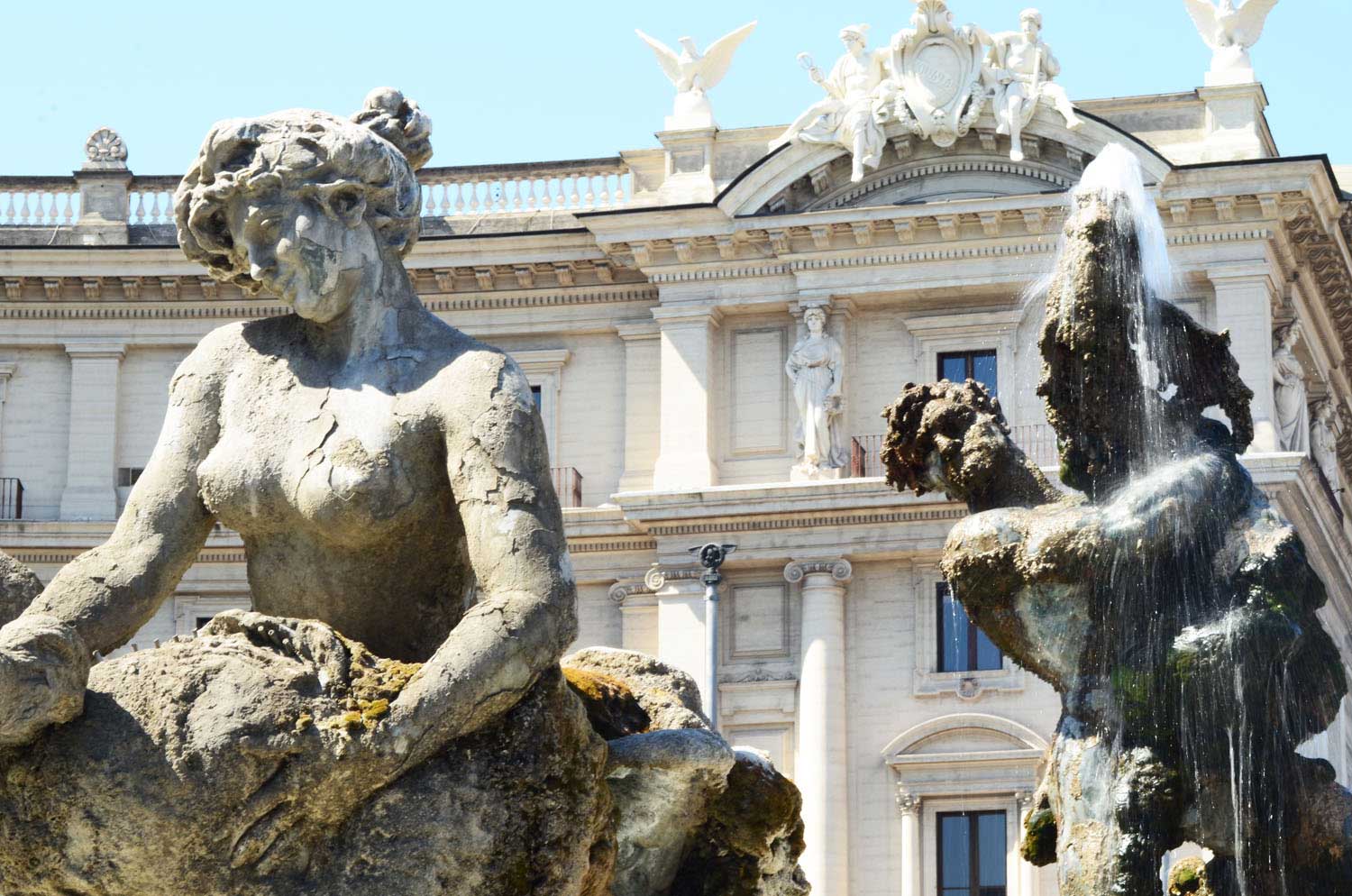 Tour of Rome with a panoramic bus

Piazza Della Repubblica is one of the most beautiful squares in Rome. Perhaps you were not aware of it but originally it was called Piazza Esedra because of its semi-circular shape and the name was changed only later.

This area of the city was in fact built in the late nineteenth century when the king decided to turn Rome into a modern capital. The idea was to give the city a much more modern look with large tree-lined streets and monumental fountains modeled on French boulevards. Precisely on this concept one of the most beautiful fountains of Rome was built.

In the center of Piazza Della Repubblica, there is, in fact, the beautiful fountain of the naiads, a masterpiece by Mario Rutelli (great-grandfather of the past mayor of Rome Francesco Rutelli).

The history of Piazza della Repubblica in Rome and the fountain of the Naiads is that of a city in transformation and is full of anecdotes.

Here are some curiosities that you absolutely must know. 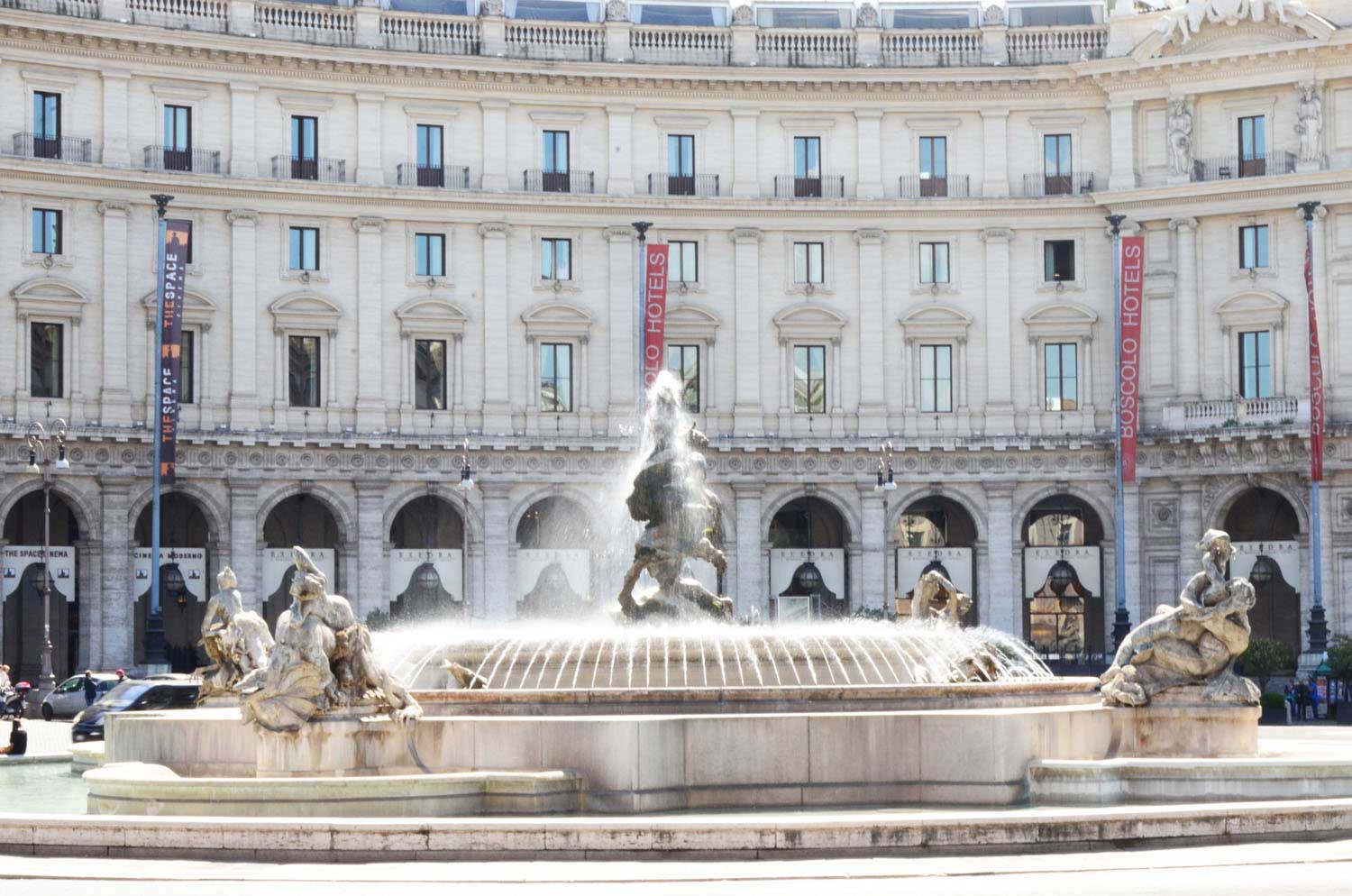 The fountain of the Naiads

The Naids are ancient aquatic deities belonging to the Greco-Roman mythology. There were different types, depending on the waters that populated and to which they were associated. Moreover, these divine girls had thaumaturgical powers linked precisely to the faculties of water.

The monument in the center of Piazza Della Repubblica represents the Nymphs of the rivers, oceans, lakes and groundwater. In the center stands Glaucus, which symbolizes man’s power over natural forces. The aqueduct that brings water to this fountain is of Roman origin, was destroyed by the Goths at the end of the Roman Empire and restored by Pope Pius IX only in the nineteenth century.

In these waters, believed thaumaturgic, even the emperor Nerone took a bath! 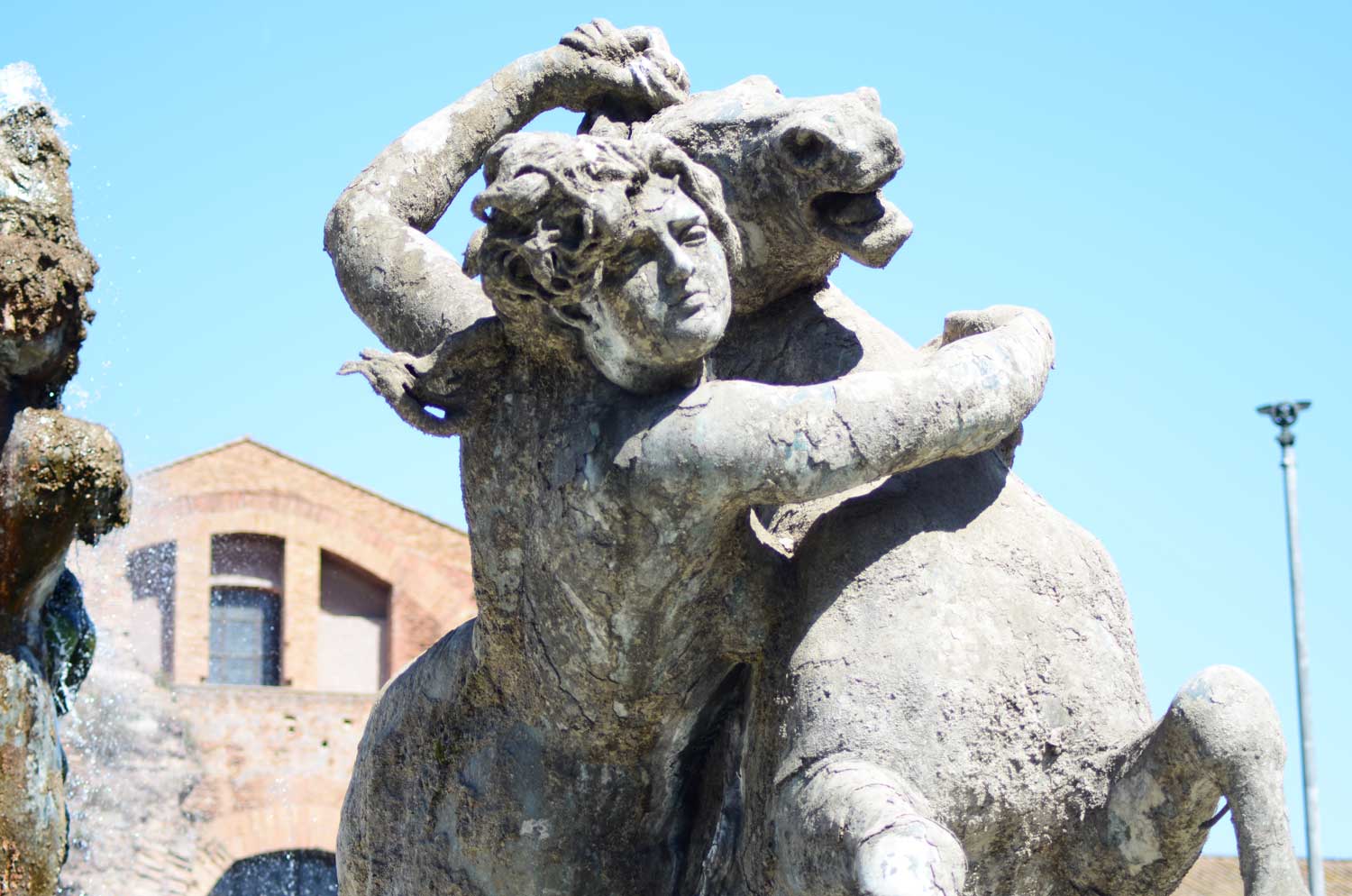 The historical context of the city of Rome after Unity

The arrangement of Piazza Della Repubblica is at a time of great change for the city of Rome. At this time the city suddenly finds itself the capital of a new kingdom and is going through a strong transition period that will transform it from a holy city into a secular city.

It was in this same period that the Via Nazionale was built, in order to connect the Termini station with Via del Corso and the Altare Della Patria, the courthouse and many other important buildings of Rome were built.

In addition to being one of the most beautiful squares in Rome, Piazza Della Repubblica is also an important meeting place: in this large square stands the ancient church of Santa Maria Degli Angeli and the Martyrs, built inside the ancient Roman baths of Diocletian.

Here you will find some of the most beautiful and luxurious hotels in Rome as well as many elegant bars, a cinema, and a large bookshop. 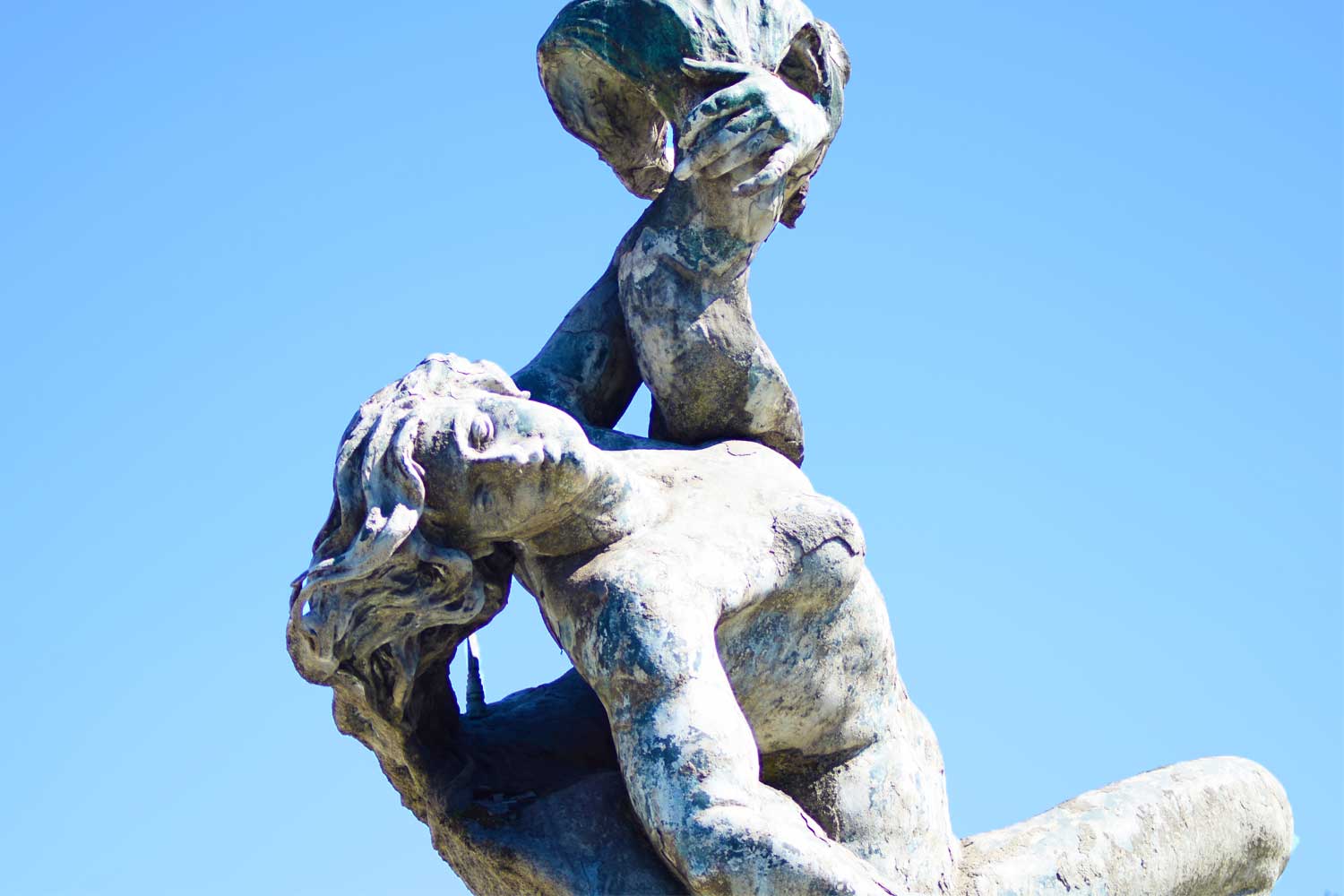 The scandal of the fountain of the Naiads in Rome

The bodies naked and wet from the water turned out to be an immoral spectacle for the conservative wing that still lived in the city and of which the Vatican was obviously headed.

Around the fountain of the Naiads, a wooden fence was initially kept in order to prevent the view of the monument, while waiting for the municipality to make a decision about what to do. However, the fence had an opposite effect.

The comings and goings of the young people who stopped to admire the statues among the disconnected boards only fueled the sense of scandal that the fountain in Piazza Della Repubblica aroused throughout Rome.

Fortunately, the municipality embraced the progressive theses and, on February 10, 1901, he let the Romans break down the fence and free the beautiful nymphs forever. 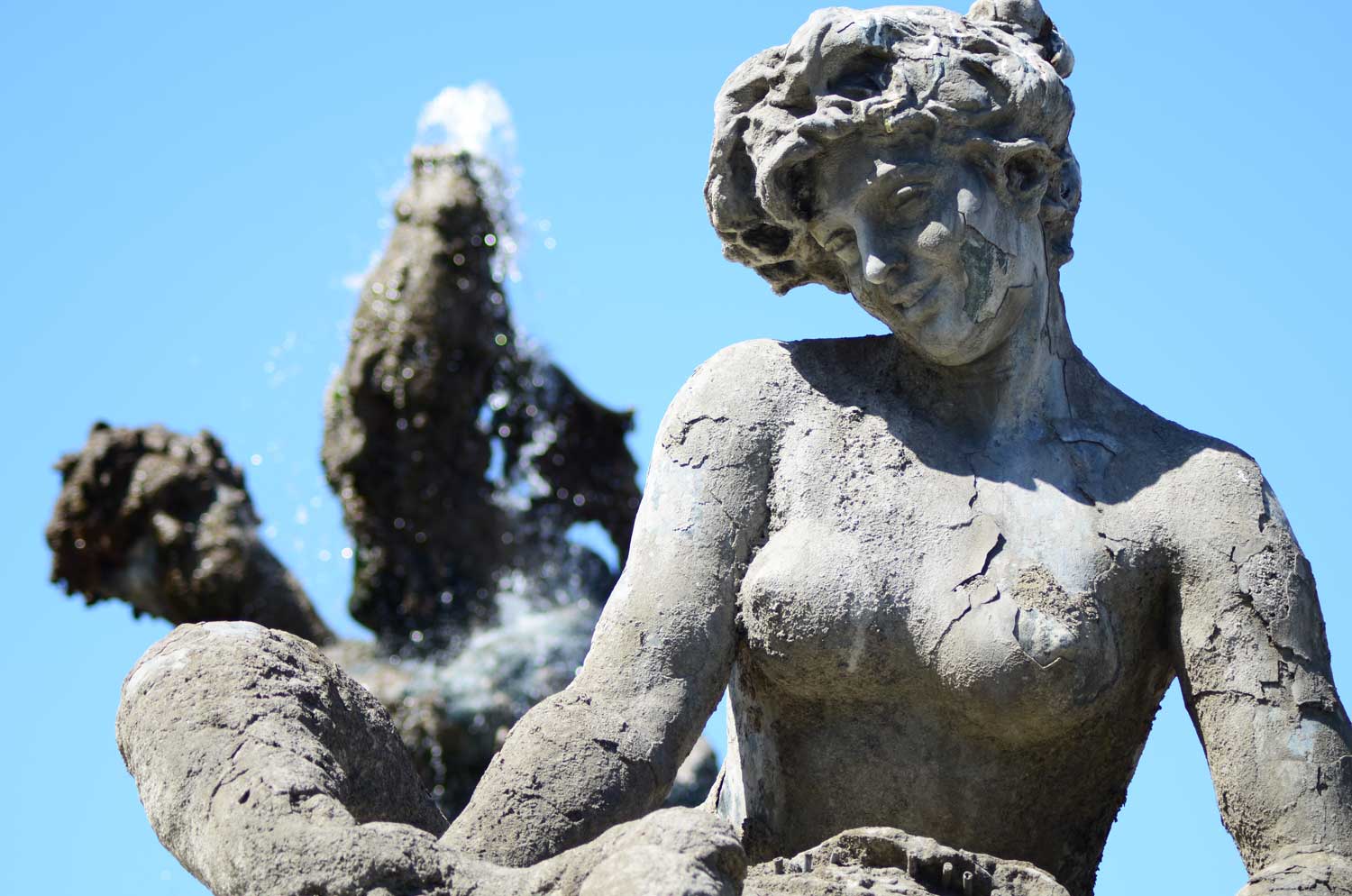 Comments on the Naiads fountain?

Have you ever seen this beautiful fountain in Rome? Did you like it?

Write me your experience below in the comments!

Tour of Rome with a panoramic bus