Sainte Chapelle in Paris: the discovery of the monumental treasure of St. Louis 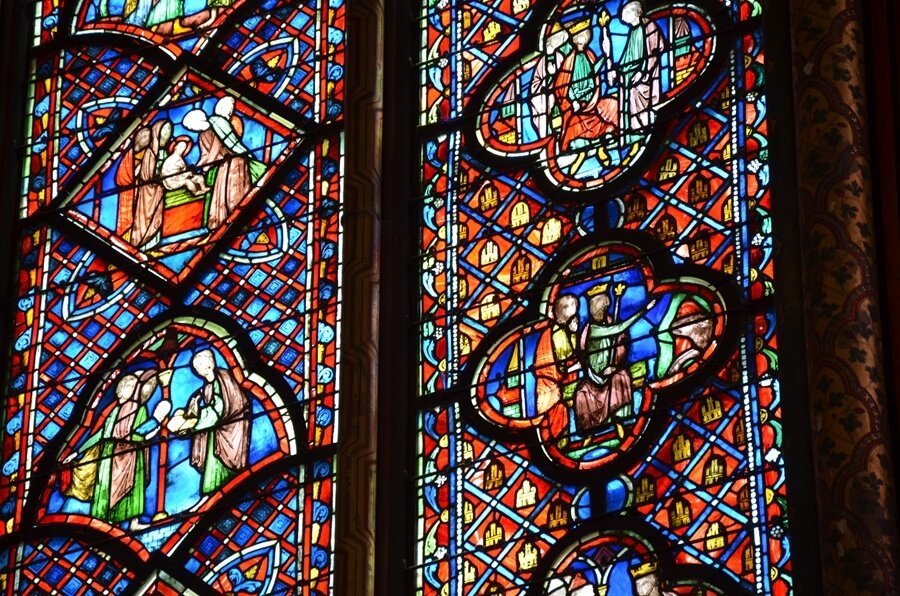 Sainte Chapelle is a gothic masterpiece created by a saintly king to contain the most precious relics of Christendom.

It is one of the most beautiful attractions in Paris that will leave you speechless for the beauty of its windows and its light.

The history of the Sainte Chapelle: a coffer of relics

Of my previous visit in 2007, one of the monuments that had struck me most in Paris was the splendid Sainte Chapelle, the palatine chapel of King Louis IX, also known as Louis the Saint.

It was built in 1241 to contain the relics of the crown of thorns of Jesus, collected by the pious sovereign throughout the world. It was united with the royal palace and is now incorporated into the Paris Courthouse.

The king, who almost bankrupted France to collect relics, had built this splendid chapel on two orders: the lower one is architecturally simpler, while the upper chapel is one of the most beautiful Gothic masterpieces in France. 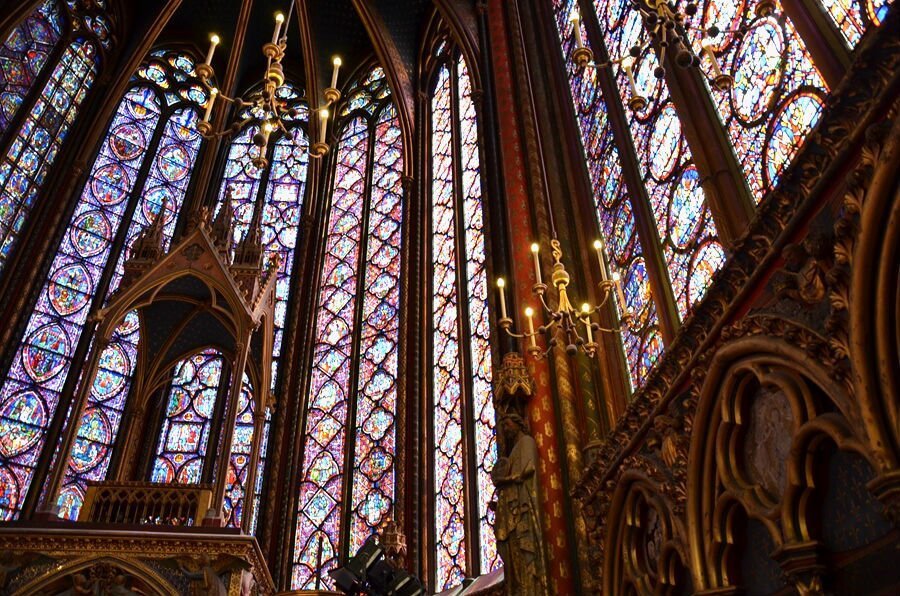 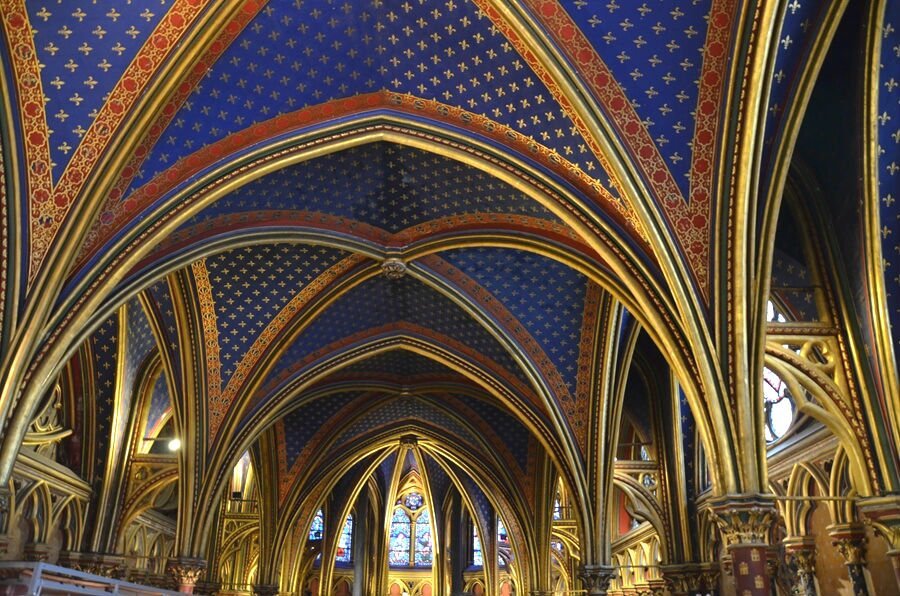 The political message of the Sainte Chapelle

The political purpose of this construction was to establish itself as the main Christian monarch, opposing the emperor of Constantinople, from whom he bought the precious holy thorn at a high price.

Probably the architect was Pierre Montreuil (although it is not attested in any document), who had also worked in Saint Denis and the facade of Notre Dame. 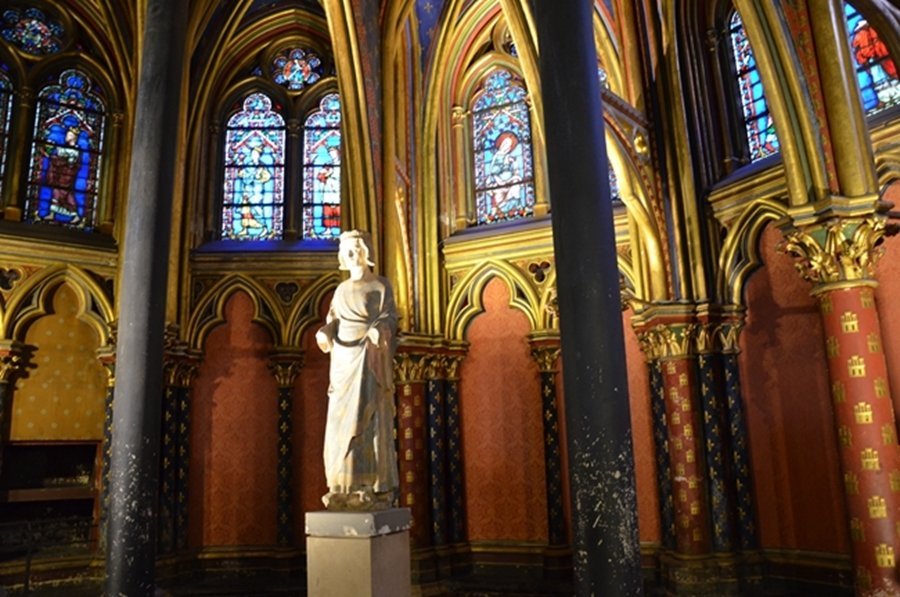 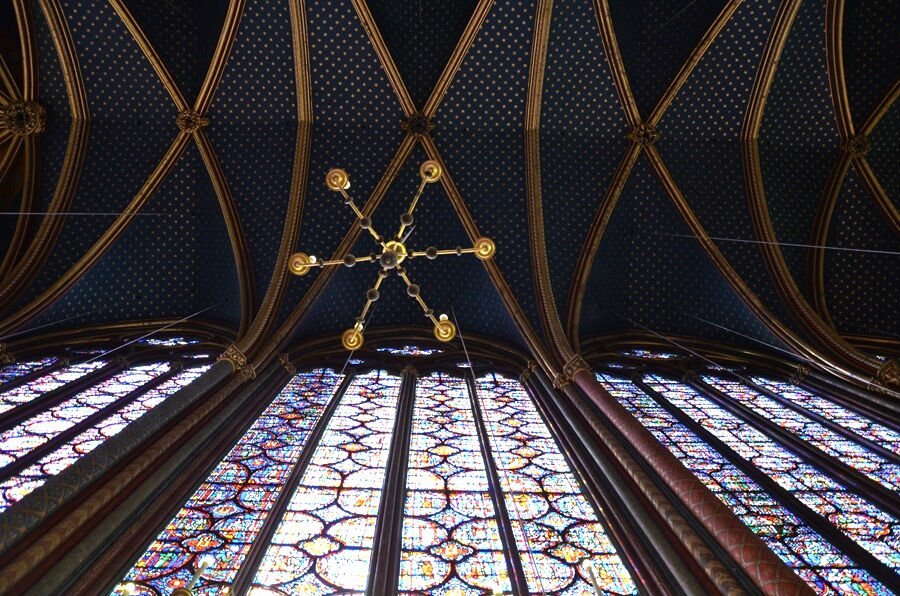 The miraculous rescue of the Sainte Chapelle windows

About 60% of the windows are original and tell biblical stories. It starts from the Genesis (first stained glass on the left of the altar) to finish with the apocalypse of Giovanni (in the rose window that however is later).

There is also narrated the story of the discovery of relics by the mother of the first Christian emperor Constantine, Santa Elena and the construction of the Sainte Chapelle itself.

Bianca di Castiglia: one of the greatest women of the Middle Ages

The Sainte Chapelle was built by Louis the Saint but this project is also due to his mother, Bianca di Castiglia. She was an extraordinary woman, intelligent and cultured, among the most important medieval queens. Not only did he grow up more than ten children, but he managed to keep the regency of the French state for many years.

When he was a widow, his son Luigi was crowned at only 3 years old. His position was very critical, being a foreigner and a widow but facing the host of the barons alone, who wanted to seize power by climbing over the young king.

Bianca di Castiglia was able to maintain the reign intact until her child’s age thanks to her diplomacy and her political skills. 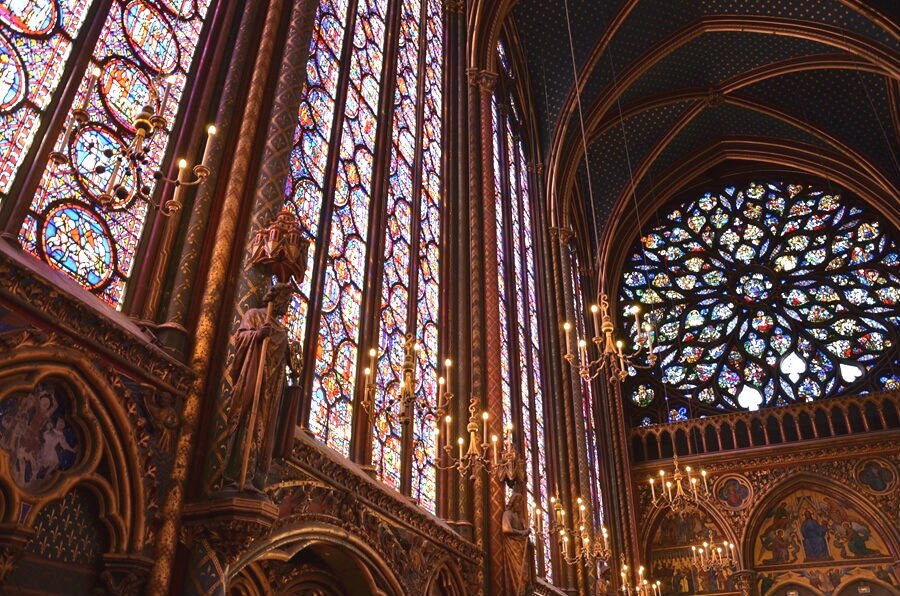 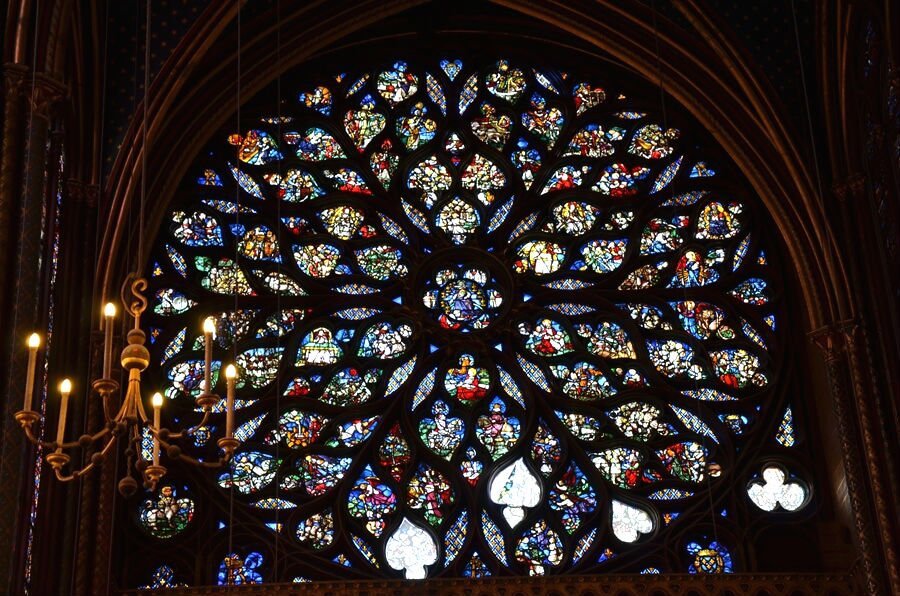 Symbology and numerology in the Sainte Chapelle

An interesting detail to understand the king’s personality are the symbols of the lily and the castle on the columns. The lily, symbol of the French rulers, represents the father of Louis IX, while the castle is the emblem of the Castilian family to which the mother Bianca belonged.

The construction of this chapel follows a precise symbolic and numerological scheme.

In fact, the length from the apse to the upper portico measures 100 feet as in the Old Testament it is written that the temple of Solomon (the just king par excellence) was 100 cubits.

In addition, the external chorus counterparts were compared with the internal ones: the relationship is 50:30 with a ratio of 1.6, the golden number.

The golden section was widely used in ancient art and medieval art such as in Castel del Monte.

Among other things, the apse of the Sainte Chapelle is made up of half a dodecagon, a number that obviously refers to the Holy Apostles.

The number seven of the sides of the choir would instead be a reference to the apocalypse or to the creation of the world. 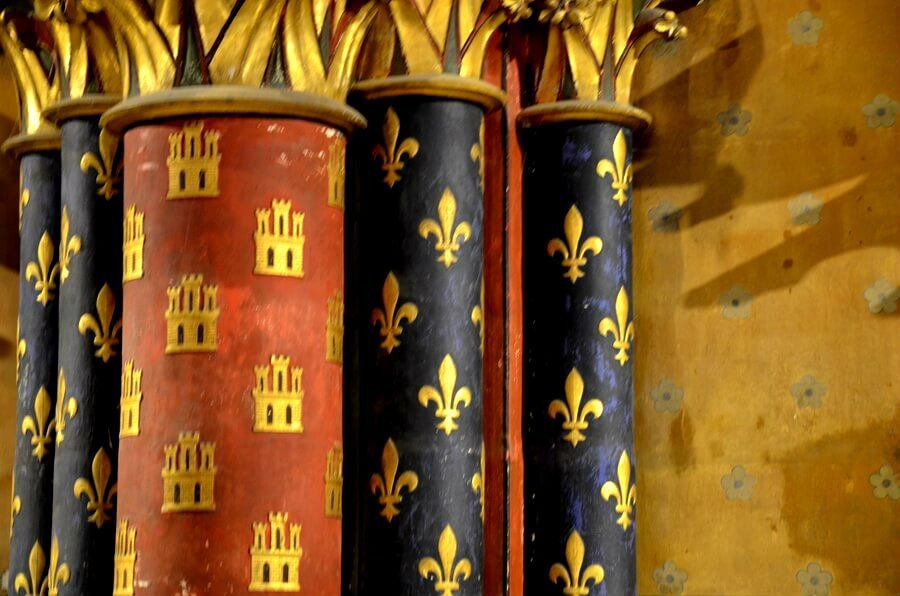 The current spire is huge and completely lined with lead. It was commissioned by Viollet-le-Duc in the 19th century and is therefore not original (like the choir stalls).

Today the Sainte Chapelle is deconsecrated and as a result, it is no longer a place of worship.

The relics that were kept there were transferred to Notre Dame. Nevertheless it maintains its charm of precious sacred coffer: the light that filters through the windows, the colors and the majesty of the structure that seems to stand on its feet miraculously, leave me breathless.

It is perhaps the monument of Paris that I love most. The thrill of entering it is always very strong and I am sure it can not leave anyone indifferent. 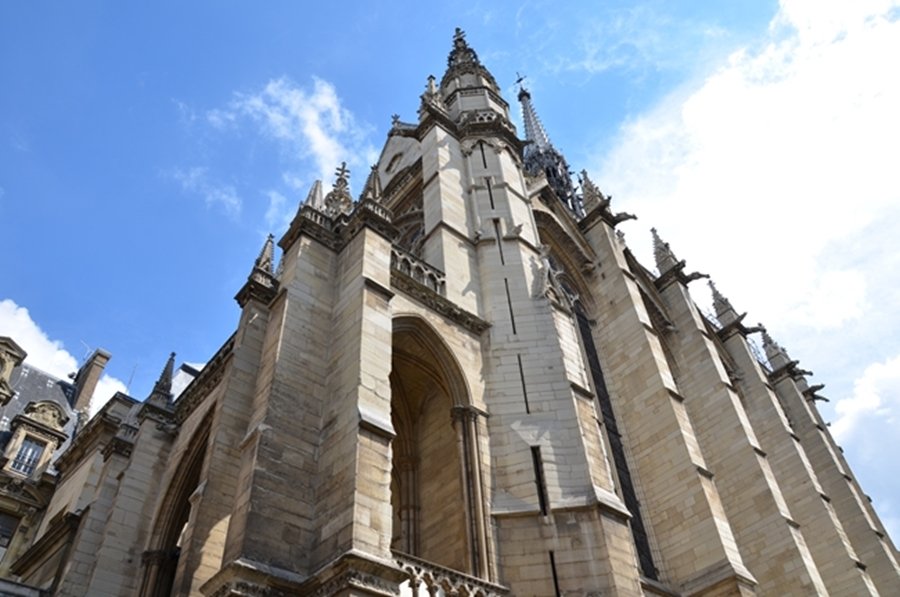 Being a national monument, the ticket price for Sainte Chapelle is 10 € for adults, free under 26 years. The photos can not describe the thrill of visiting it, but I hope they can give you an idea of its beauty! 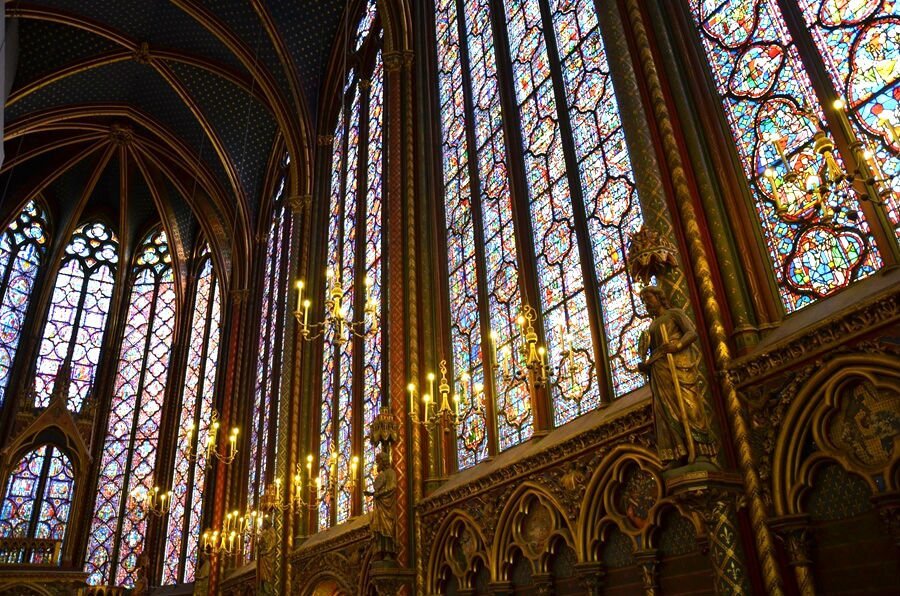