Home » Travel destinations » Europe » What to visit in Brussels: one of the most important cities in Europe

What to visit in Brussels: one of the most important cities in Europe 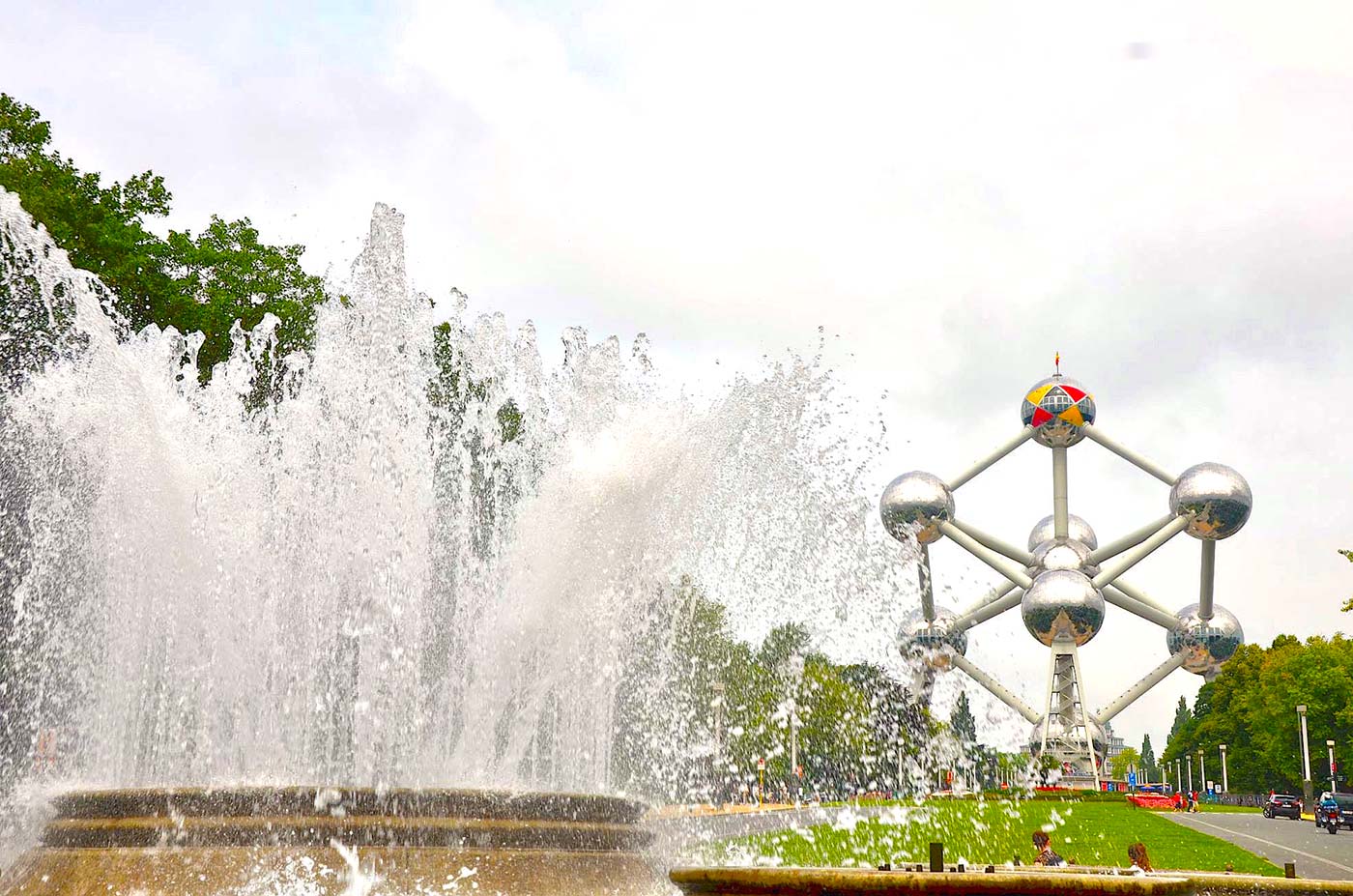 Skip the line ticket for the Atomium in Bruxelles

Are you planning a tour in Brussels but you do not know what to visit?

You are in the right place!

Visiting Brussels is an experience to be done at least once in life: it is a lively metropolis with many different facets. It hosts students from all over the world and street performers that surprise at every corner. In its small historical center, between music and beautiful murals, it is impossible to get bored.

The history of this city and of the whole of Belgium is very old even if the status of an independent country is relatively recent. It is impossible to visit Brussels without taking into consideration its history and its position in Europe.

Its geographical position has made it a meeting point for several languages: it is not uncommon to come across people who speak French, German, Flemish, but also English and Dutch or a mixture of all.

In fact, this territory has always been divided and contested between the Netherlands and France. It was only in 1830, with the Belgian revolution, that it reaches independence and the establishment of a neutral state.

Today it is important to visit Brussels even for its political and administrative role.

However, this city is much more: it can offer so much to its citizens that you have tourists looking for artistic beauties … Here are my tips to visit Bruxelles. 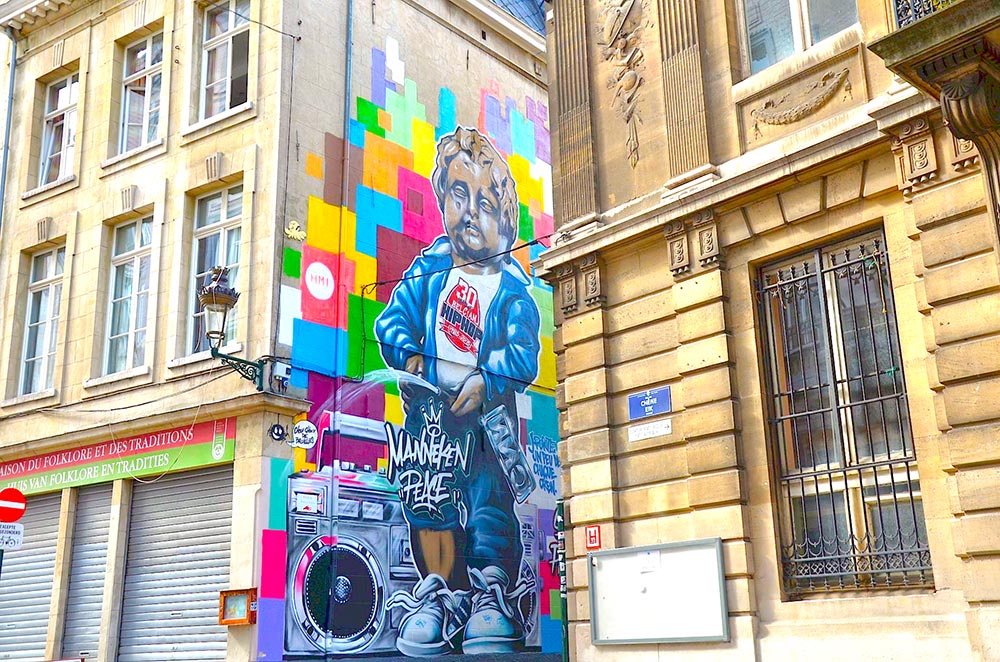 Visit Brussels as an international experience

Visiting Brussels can be an international experience at 360 degrees. Tt is a polyglot and polyphonic capital and offers culinary specialties that are difficult to resist, such as fries (exceptional!), Delicious pralines and beer of all kinds

These are already good reasons to visit it, plus you add that the historic center of Brussels is rather small but full of attractions.

To visit the historic center of Brussels takes about half a day and can be covered entirely on foot. Despite this, do not be fooled because it can offer really fascinating artistic beauties. 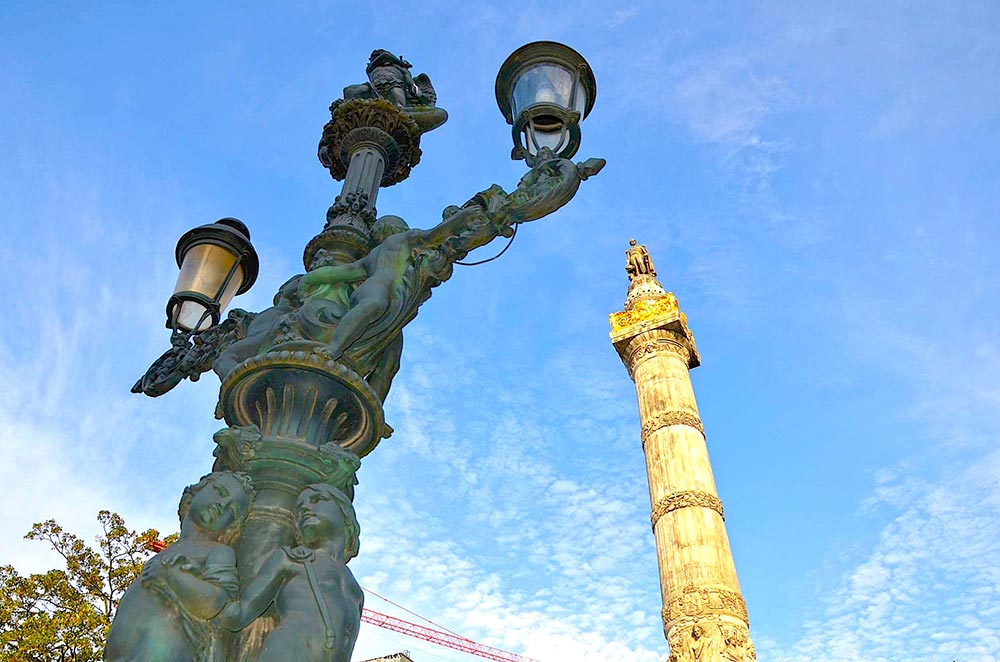 The Grand Place in Brussels

The Grand Place, Brussels’ main square, is unbelievable: it’s in the UNESCO world heritage since 1998.

It is in pure Gothic style and contains the beautiful town hall, other beautiful buildings, and the tourist office. In short, it is the ideal place to start visiting Brussels.

The thing that amazes me most is observing it at night, illuminated only by the soft lights that create magnificent plays of shadows within the Gothic architecture.

It is extremely exciting and romantic. 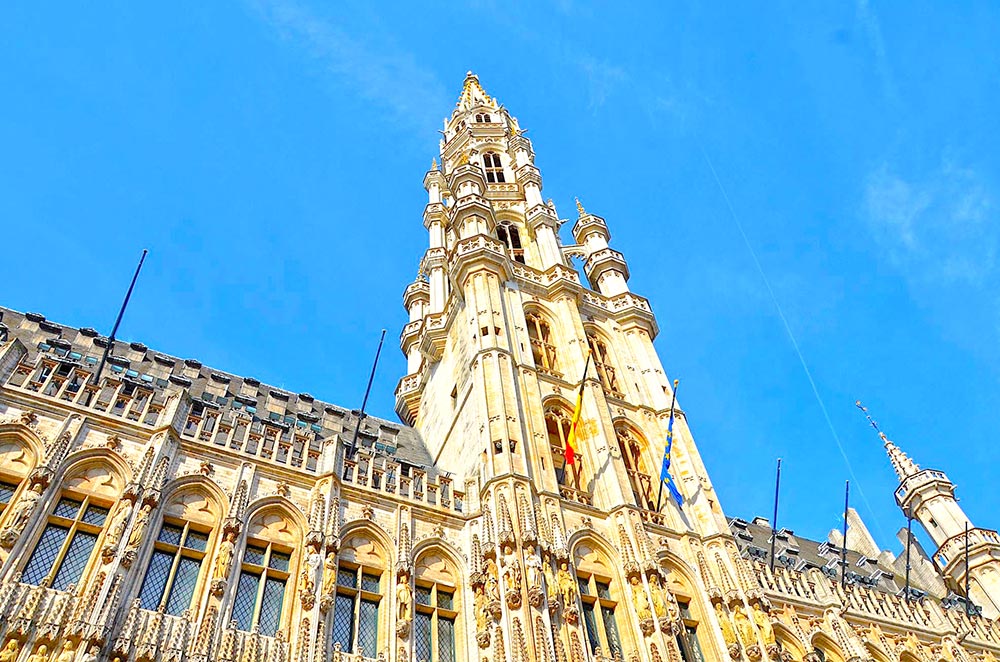 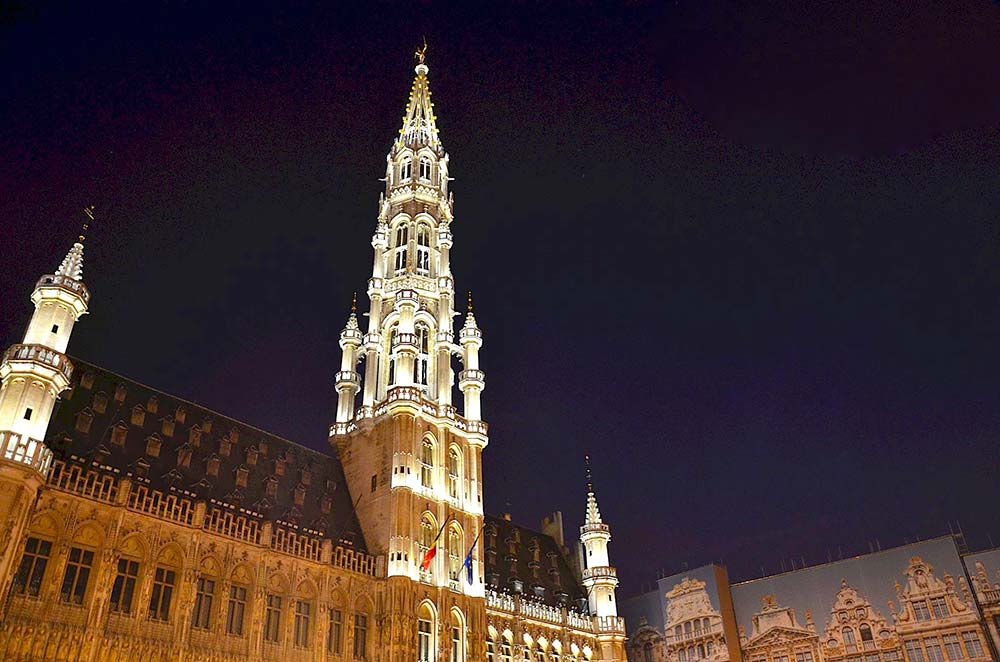 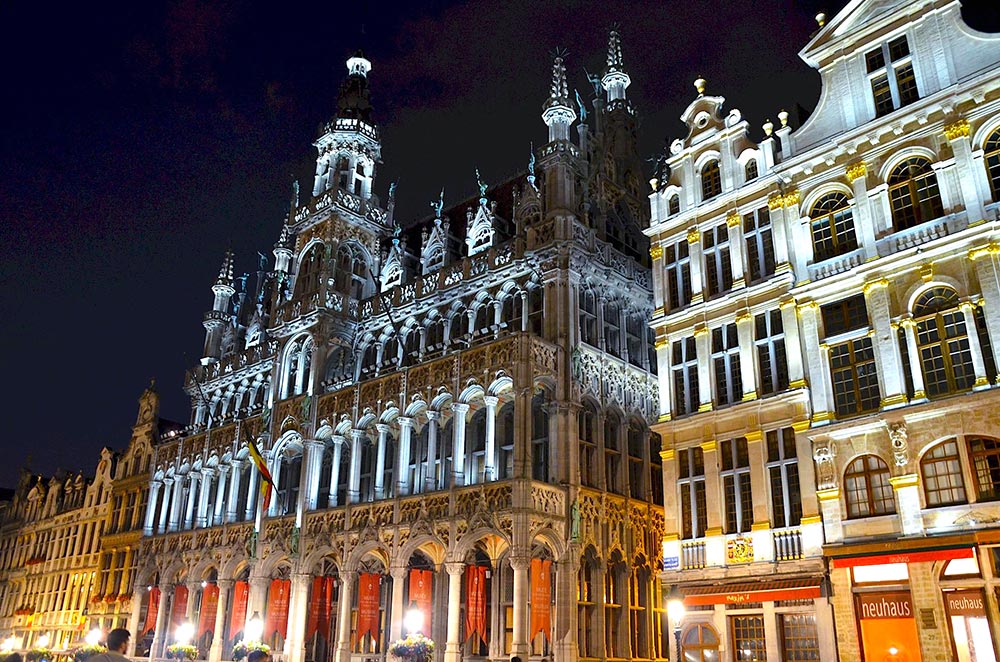 If you want to visit Brussels you have to pass here.

A few steps from the Grand Place, you will find the Galeries Royales Saint-Hubert, designed by architect Jean-Pierre Cluysenaar, inaugurated in 1847. They are among the oldest in Europe and are divided into different parts hosting really delicious shops and cafes. 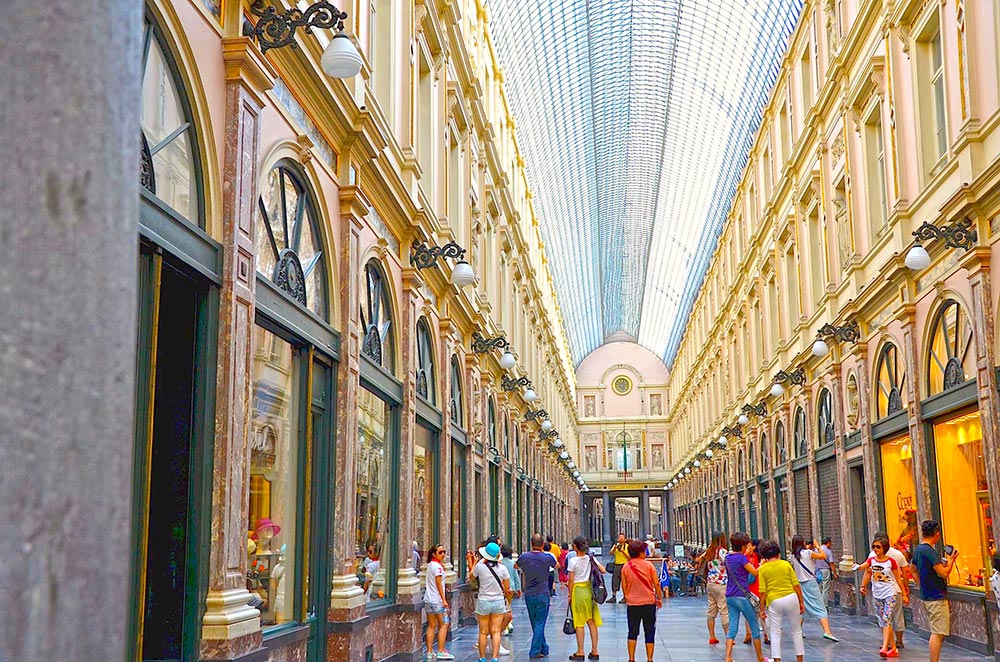 The cathedral of Brussels

Another unmissable building is the Cathedral of San Michele and Santa Gudula: built in the 13th century on the basis of a previous church.

The origin of the Cathedral of Brussels can be found in a small church dedicated to the cult of St. Michael the Archangel and built around the year 1000. About 50 years later the relics of Santa Gudula were deposed, also taking its name.

The architecture of the cathedral is a mixture of different styles: looking at it from the outside it is impossible not to notice the towers in the Gothic style while inside the windows have a clear renaissance imprint.

Very interesting is the visit to the foundations of the Cathedral, visited only at a cost of 2 €. 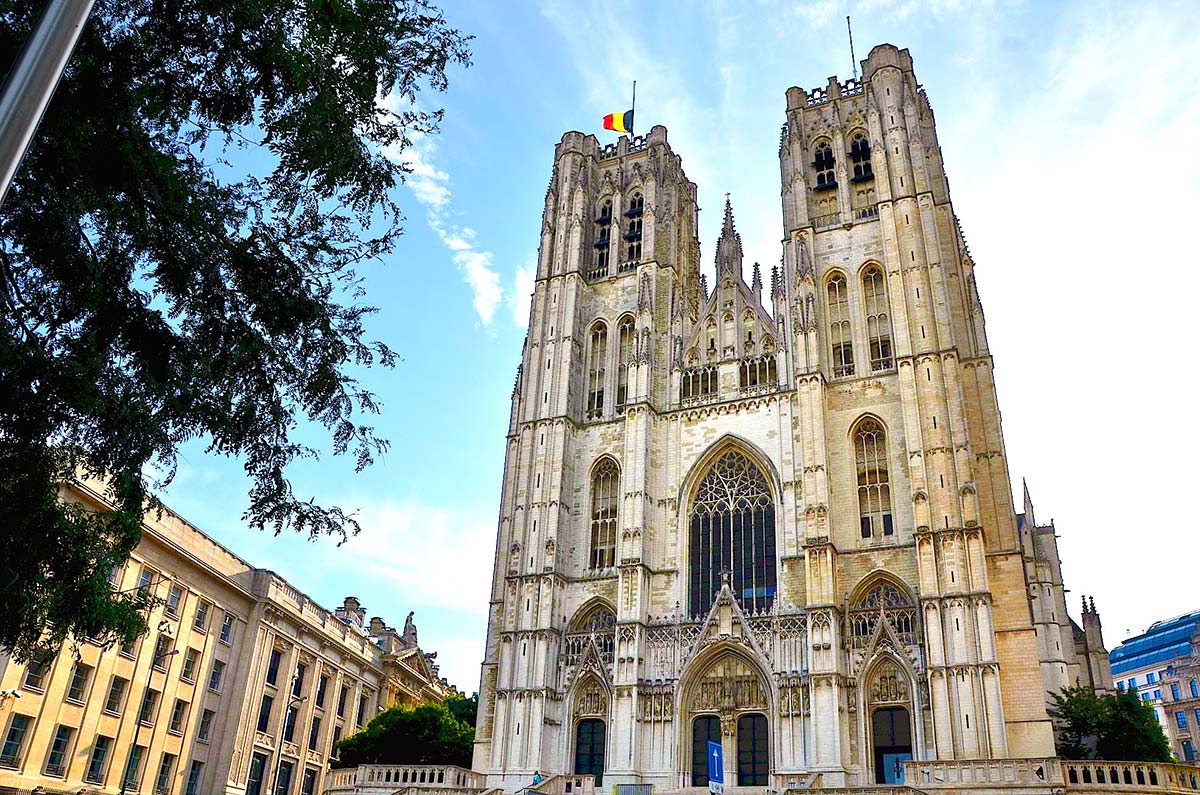 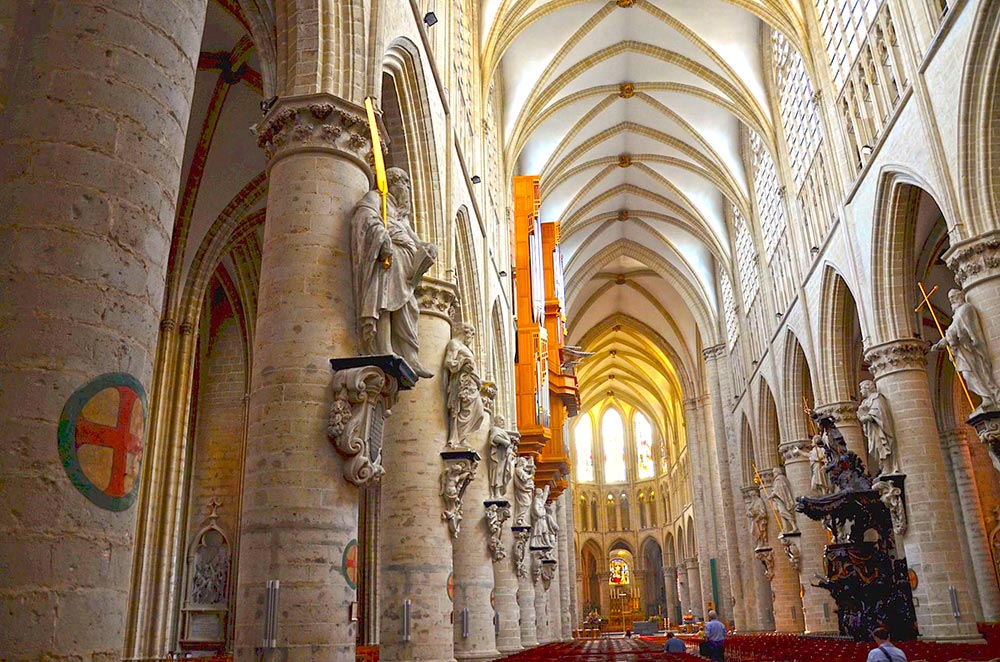 The museums of Brussels

They will take you at least half a day but to visit Brussels you must also explore its museums. I suggest you the collections of the Musées royaux des Beaux Arts, in which masterpieces from the first Flemish painters are preserved to the works of Magritte.

These are four different museums that can be viewed separately or with just one entry ticket and, thanks to their guided tours, the history of Belgian art can be traced in all its forms and influences.

The exhibition itinerary of the Brussels museums is organized in chronological order. It starts with the canvases of Bosch, Memling, Brueghel and leads the visitor to the masterpieces of Rubens and Van Dick, David and Salvator Rosa and then to the paintings of the past centuries, with Endsor, Vantongerloo, Servranckx and Magritte.

Part of the museum is especially dedicated to Magritte and is organized in three parts following its personal and artistic life. 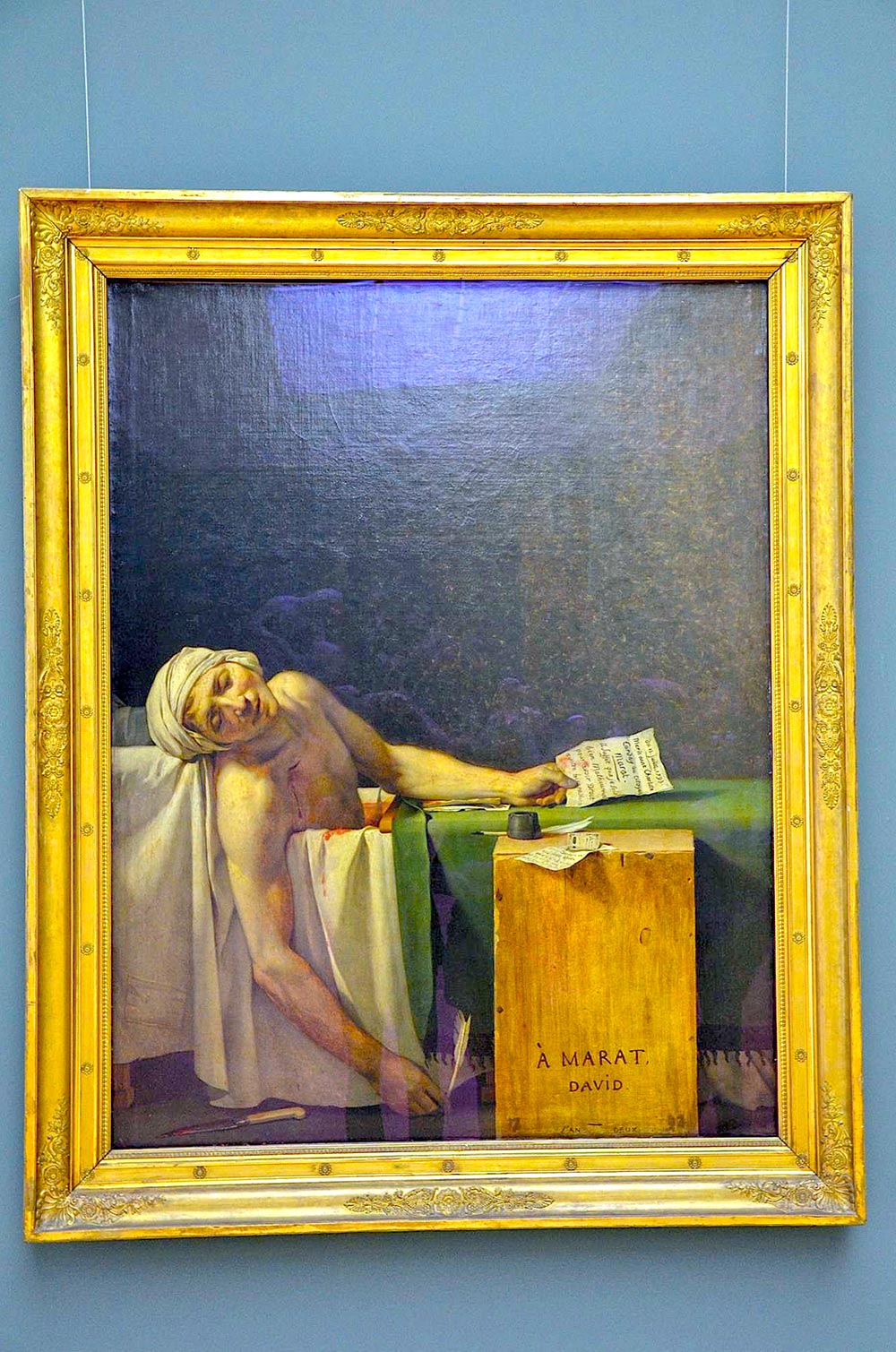 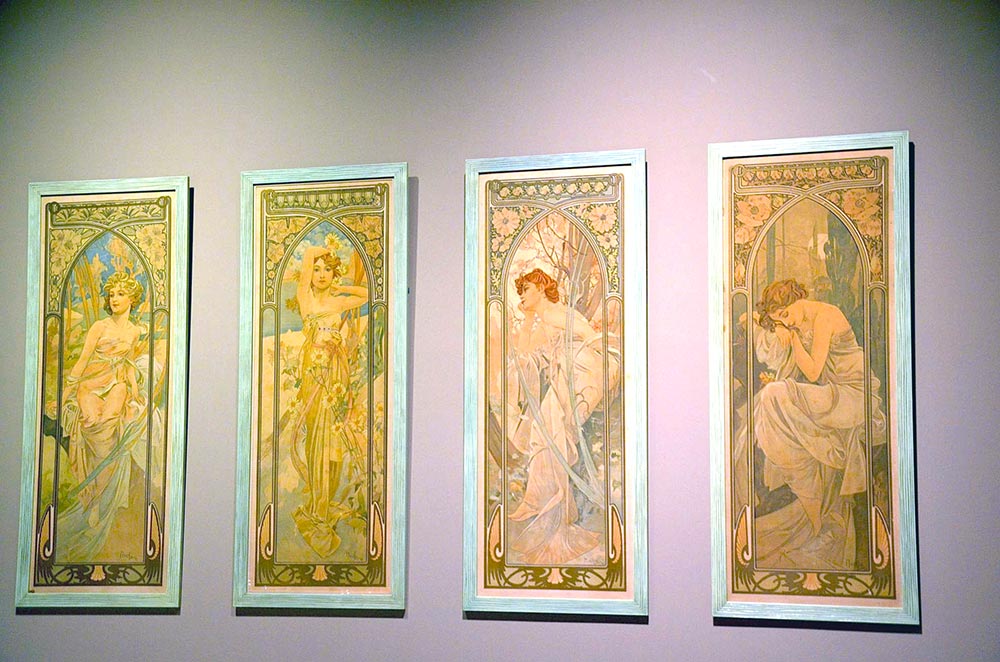 You can not visit Brussels without taking a picture of the Manneken-Pis.

It is nothing special in reality but has a profound meaning for the local population. It is a bronze fountain of unknown origin that portrays a child in the act of urinating to which different traditions and legends are linked.

The most famous legend about Manneken-Pis tells of a child who would extinguish the fuse of a bomb by urinating on it. This had been placed by some enemies of the city and the intent was to set him on fire.

The Manneken is dressed in the clothes of different guilds and workers and has a wardrobe of more than eight hundred suits. The tradition of Brussels foresees, in fact, to dress the Manneken Pis with different clothes according to the occasions of the year. 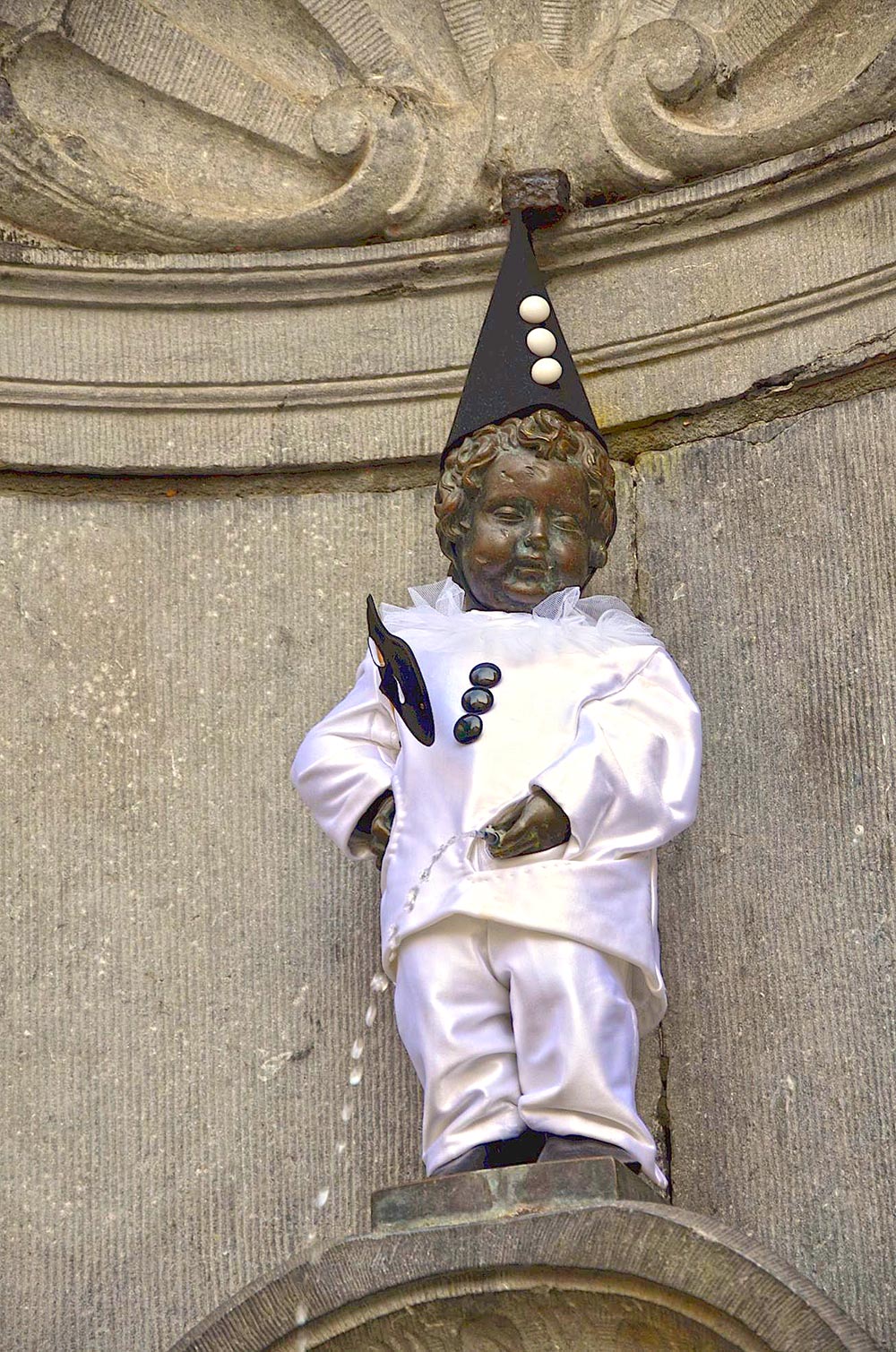 The Atomium of Brussels

Just outside the city, it is impossible not to visit the Atomium, a huge monument built in 1958 for the universal exhibition: it is so futuristic that you can not imagine it is 60 years old! Inside there are several exhibitions that change periodically.

If you are looking for the best view to watch Brussels from above, the Atomium is the right place. The panorama from 92 meters in height of the structure is breathtaking.

In addition to this futuristic building, there are also other pavilions nearby. The most characteristic are those dedicated to Asian countries. 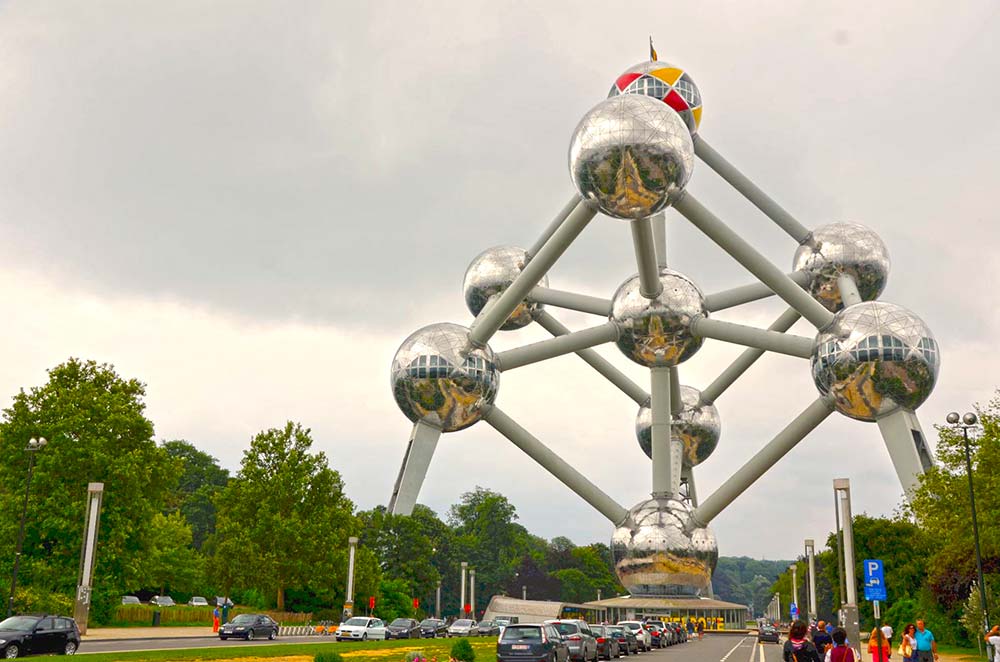 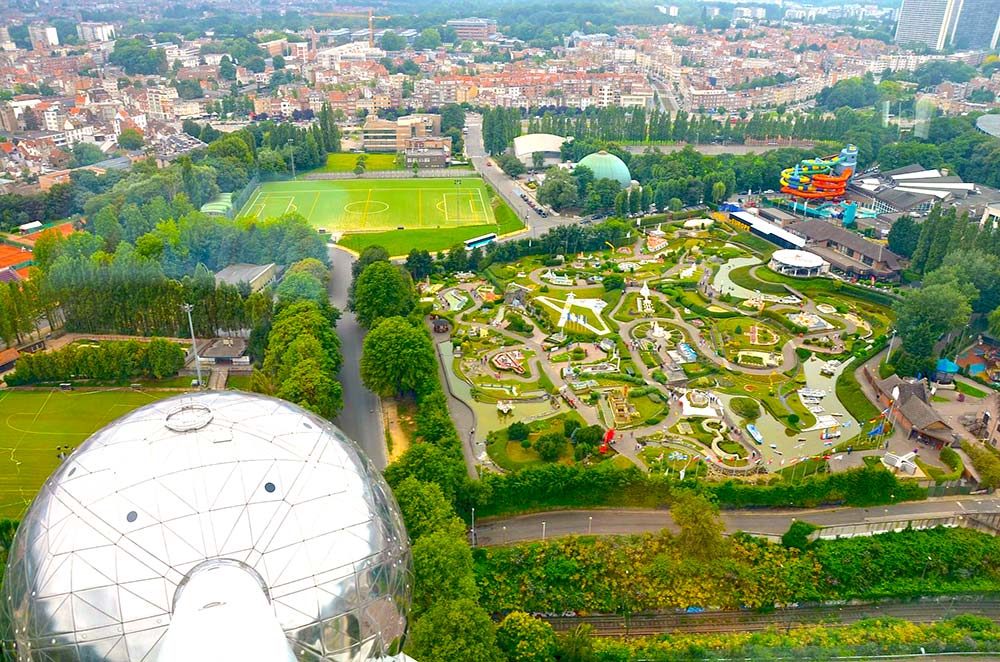 Another vantage point in Brussels is the terrace of Piazza Albertina, which offers a beautiful view of the city, both day and night.

Undervalued by most of the tourists, Brussels has really amazed me not only offers everything you need to spend a pleasant weekend but gives the impression of a city that works and takes care of its citizens.

Have you ever visited this European capital? Did you like it?

Tell me about your experience in the comments below.

Skip the line ticket for the Atomium in Bruxelles