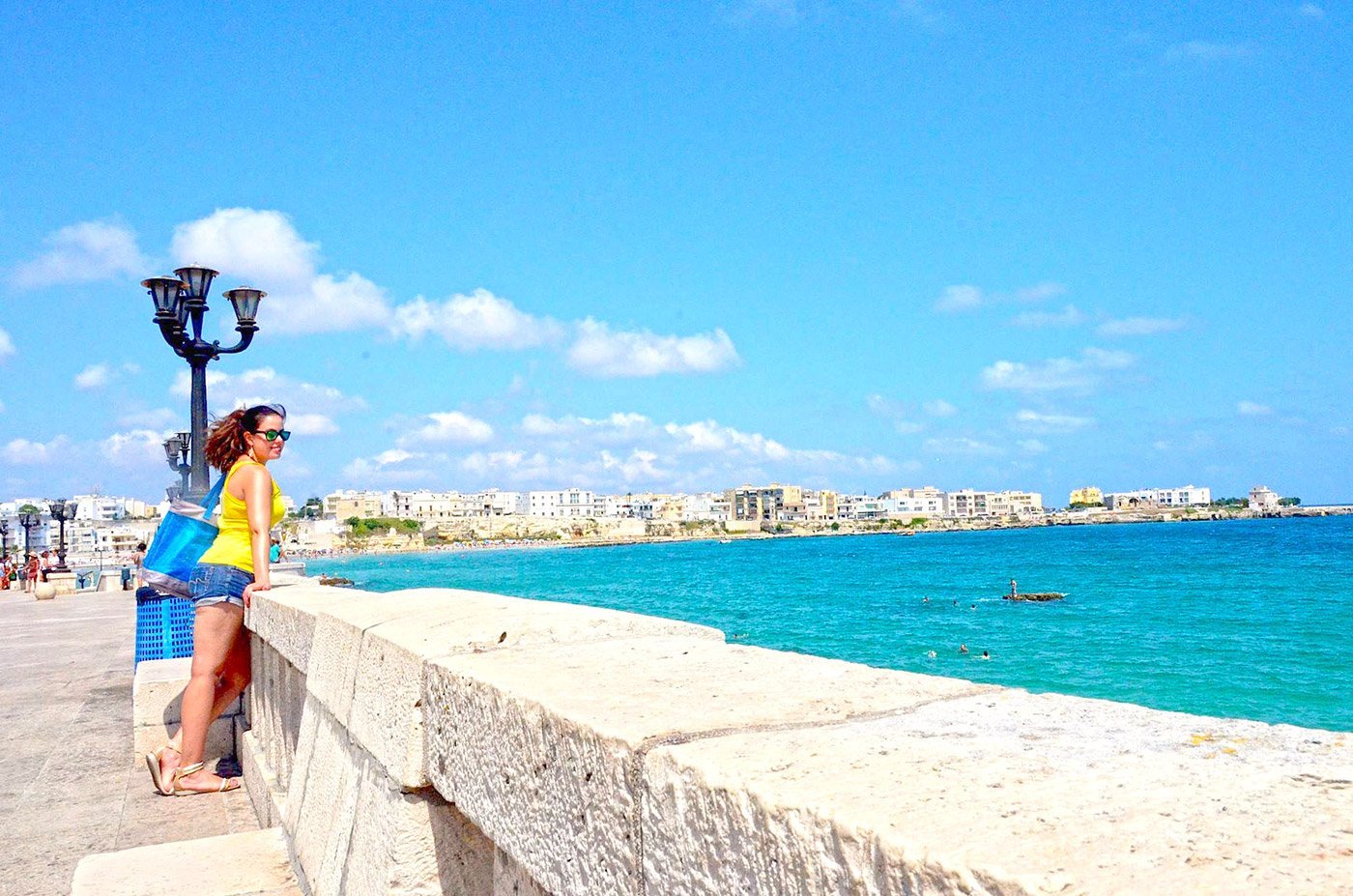 Otranto is the most eastern point of Italy and, despite being a small town of only 5,600 inhabitants, in the summer sees the population multiply thanks to tourism.

The sea in Otranto, or near Otranto, is truly spectacular. Some very popular tourist destinations are part of the municipal territory. If you are thinking of spending your holidays in Salento, I recommend taking a dip in Porto Badisco, Fontanelle, Serra Alimini, Frassanito or Conca Specchiulla. I’ve been there and the sea has left me speechless!

As soon as I arrived in Otranto, I was immediately struck by its color. The city is white like the foam of the sea that laps it. And it was the Sea that was the real treasure and ruin of this city. Thanks to trade by sea the city has in fact flourished for centuries, at least until the destruction caused by the Turks in 1480.

So if you want to visit Otranto take into consideration spending at least half a day because this city of Salento is all to be walked.

Now I’ll tell you what not then absolutely lose you.

History and interesting monuments of Otranto

Otranto is a coastal city that was first Greek, then Roman and, in the Middle Ages, a center of commercial and cultural exchanges between Eastern and Western Europe.

The first thing that catches sight by visiting Otranto is that it is a fortified city. The ancient village of the city is in fact enclosed by the defensive walls among which stands out the beautiful castle of Otranto, built by Alfonso D’Aragona after liberation from the Turks at the end of the fifteenth century. This building was even a source of inspiration for Walpole’s first gothic novel, “The Castle of Otranto”.

The castle of Otranto was built on the basis of military constructions already present in that area by both the Swabians and the Turks. The structure of the new castle must have looked impressive already at the time. It has a pentagonal plan and, all around, is surrounded by a protective moat. At the entrance, you can still see the large coat of arms belonging to Carlo V.

Today the castle of Otranto is used as a theater but also hosts numerous exhibitions and cultural events. 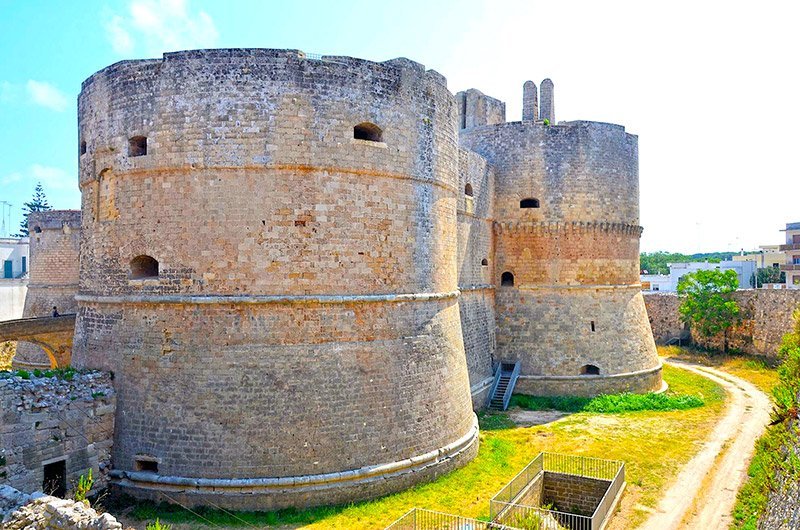 The incredible cathedral of Otranto

The beautiful Romanesque cathedral of Otranto dates back to 1088 and is built on Paleolithic village. These ancient settlements testify to the ancient history of the city. Moreover, between the foundations of the cathedral, it is possible to recognize a Roman Domus and an early Christian church.

It was from the port of Otranto that the soldiers and the crusader commanders, who were leaving for the first crusade, were blessed.

The church preserves the skulls of 800 Christians beheaded by the Turks because they opposed conversion to Islam. Less gruesome and superb is the mosaic floor that represents life, myths and legends from the Middle Ages.

On the floor of the cathedral of Otranto an immense mosaic is untangled. From the tree of life branches of daily life, prophets, biblical characters, animals, hunting scenes, legendary and historical characters, all linked by a theological message left us by its author, the monk Pantaleone.

Unfortunately, the presence of the wooden benches necessary for the faithful does not allow a homogeneous vision of this masterpiece, but one can still imagine the design in almost all its complexity. 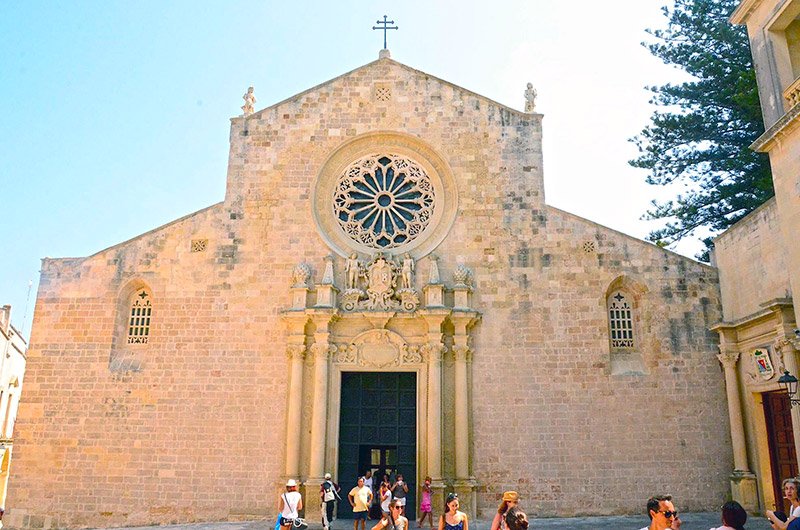 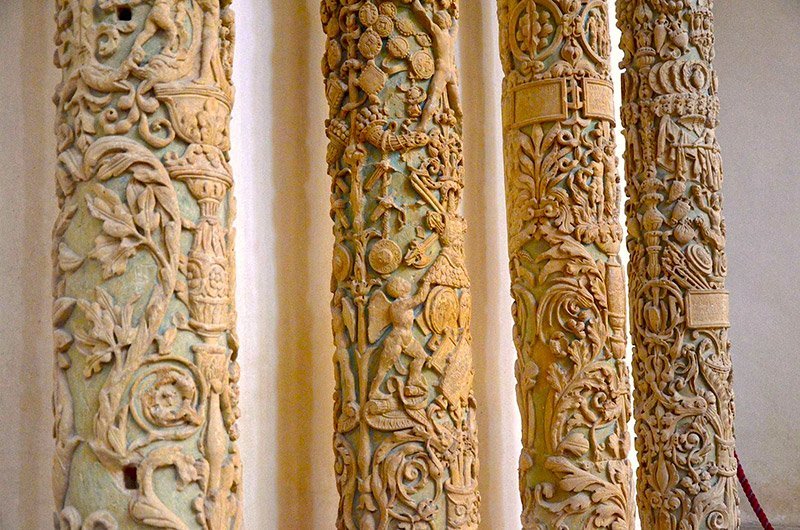 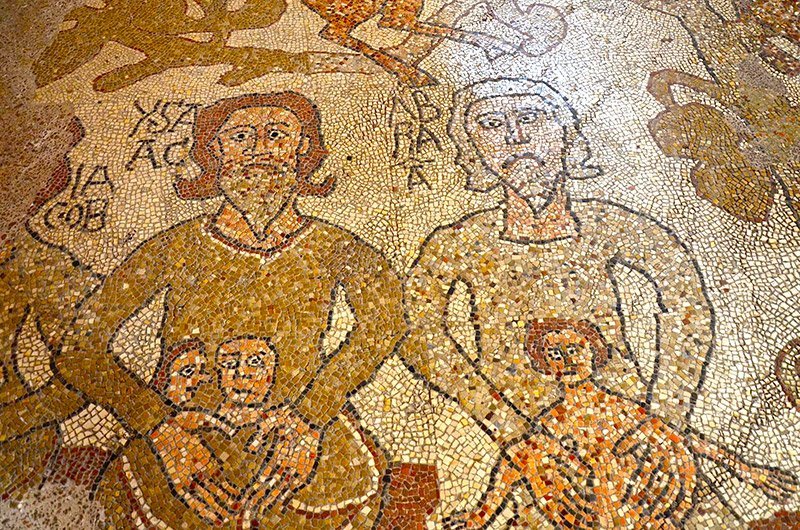 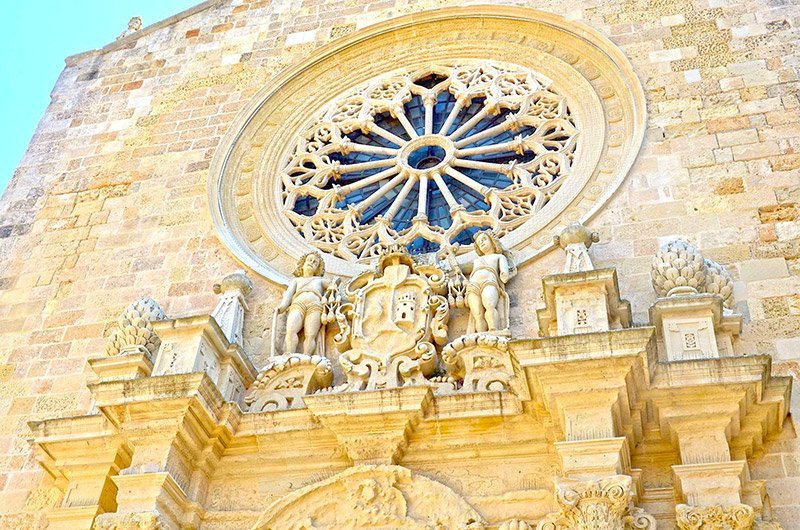 The small church of San Pietro

Another interesting church is the small Byzantine church dedicated to St. Peter, located in the middle of the historical center.

I was able to find it by chance while walking through the narrow streets of the historic center of Otranto. The church of San Pietro is almost hidden among the alleys of this town, but it represents a small treasure that is worth thinking of discovering.

The small church of San Pietro in Otranto is characterized by a Byzantine Greek cross-architecture and inside it contains beautiful frescoes. According to the belief of the place the church was erected in honor of St. Peter because it is said that the martyr passed right from Otranto on his long journey from Palestine to Rome.

The central nucleus of the church of San Pietro is dated back to the fifth century. This certainly makes it the oldest church in Otranto. 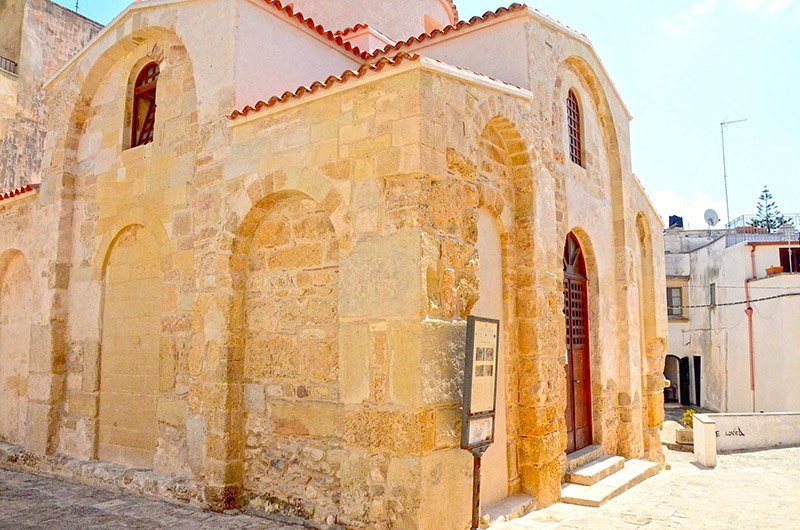 Otranto, a crossroads of cultures

The origin of the city of Otranto is among the oldest in Italy.

Through the streets of the city, there are buildings that look like Greeks, others that recall the Spanish domination, others that seem oriental: like many coastal towns, Otranto has been all this and keeps track of it.

I remember having the same feeling even while I was lost in the historical center of the city of Rhodes. 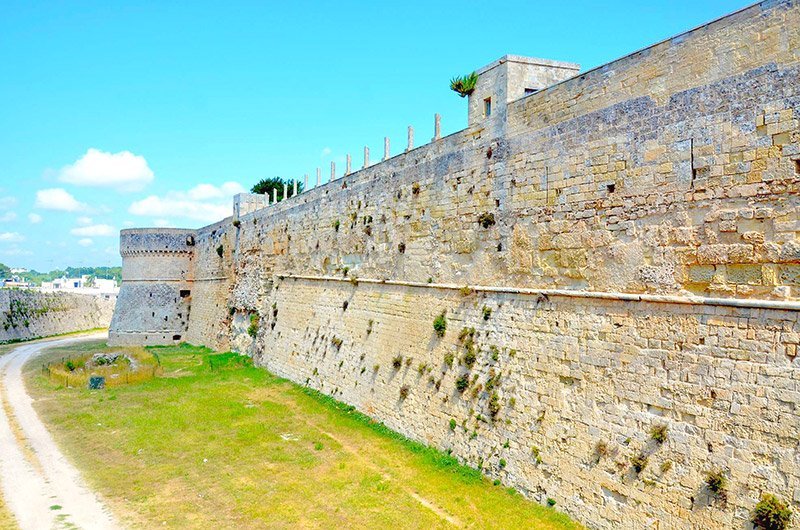 One of the most beautiful seaside cities in Italy

The walls of Otranto and the promenade along the seafront are really suggestive. The crystal clear water of the port is tinged with pink and purple at sunset, while the white city begins to light up and its streets are populated by curious tourists.

For me, Otranto is the emotion of the sea, of history and of man’s strength to rebuild, always. 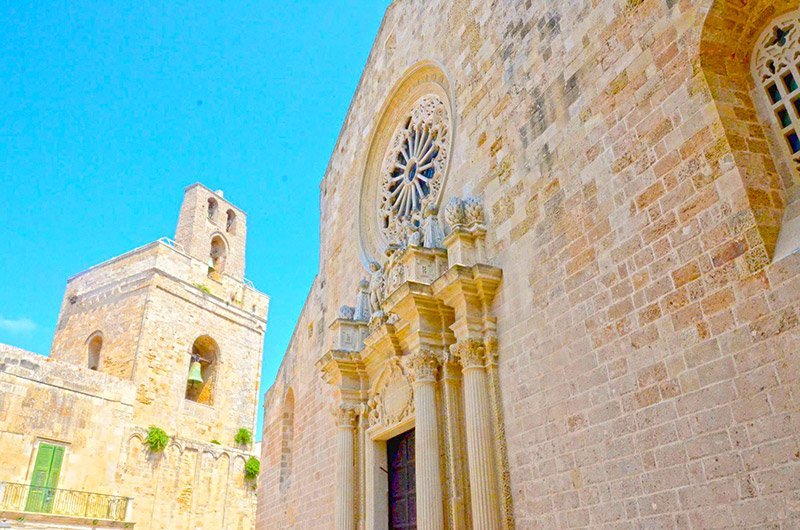 How to arrive to Otranto

If you want to visit Otranto and take an ice cream in its historic center or on one of its beautiful terraces overlooking the sea, the fastest and most practical way to get to the city is by car. One of the most suggestive roads to get to Otranto by car is certainly the coast road that connects it to San Cataldo. The landscape you will encounter along the road is worth every kilometer of road.

If you want to reach Otranto by public transport you will have to take the train to Lecce and then continue the journey by the Ferrovie Sud-Est. 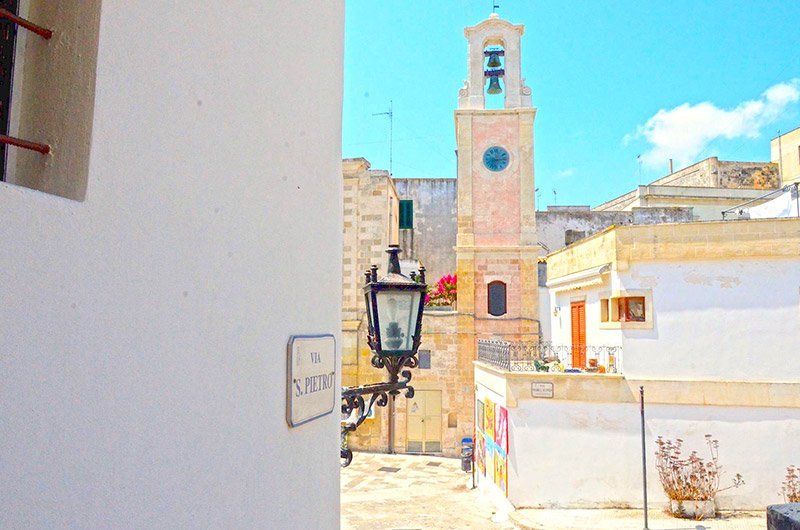 Have you ever visited this Italian city? Do you need any help?