Villa Torlonia and its enchanted houses: a beautiful and unknown place in Rome 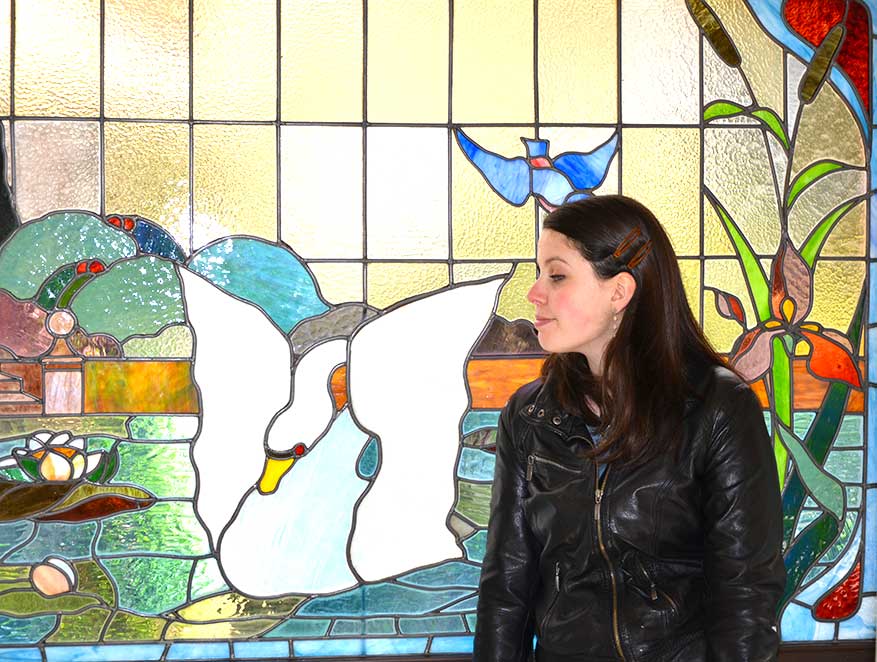 Would you like to discover one of the most beautiful parks in Rome and get away from the usual places full of tourists? Maybe I have what’s right for you!

There are some places in Rome that even the Romans not know. One of these, is Villa Torlonia, a real gem in the middle of a public park on Via Nomentana.

Villa Torlonia is a beautiful park and the princely residences inside are rich in history and beauty.

Located in the middle of the green, on Via Nomentana, there are several distinct buildings: the “noble Casino”, the “Casino dei Principi” and the “Casina delle Civette”, all built between the 19th and 20th centuries by the powerful Torlonia family.

Inside the park of Villa Torlonia there are also two museums, one dedicated to the Roman school and one to the villa itself.

Read on if you want to find out what to see at Villa Torlonia! 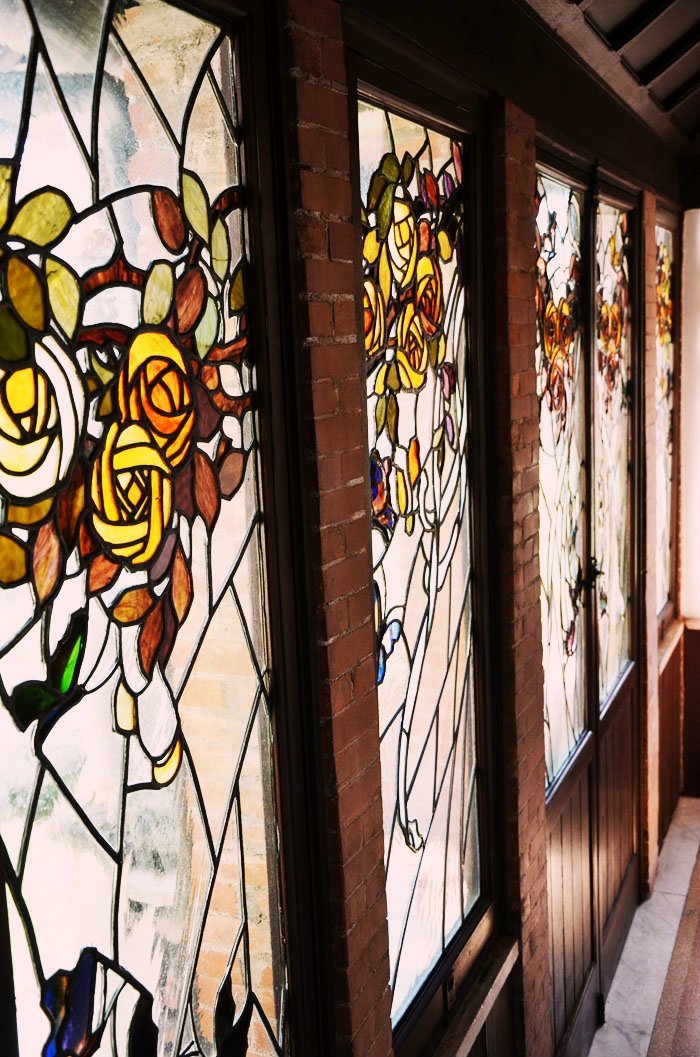 How was built Villa Torlonia

Villa Torlonia in Rome takes its name from the Torlonia princes who bought it in 1797 and made it their main residence. Obtained the noble title, Giovanni Torlonia decided to make it an estate worthy of his rank.

The works of the arrangement were entrusted to Valadier, who started to built the casino Nobile, the casino of the Princes and the stables. Giovanni’s son, Alessandro, decided to expand the estate with a tribune, a temple of Saturn and false ruins.

Villa Torlonia was even equipped with a playground, artificial caves and the theater, lemon or orange tree and the Swiss hut were erected. This one then became the little house of the owls.

Finally, he built two obelisks in honor of his parents. 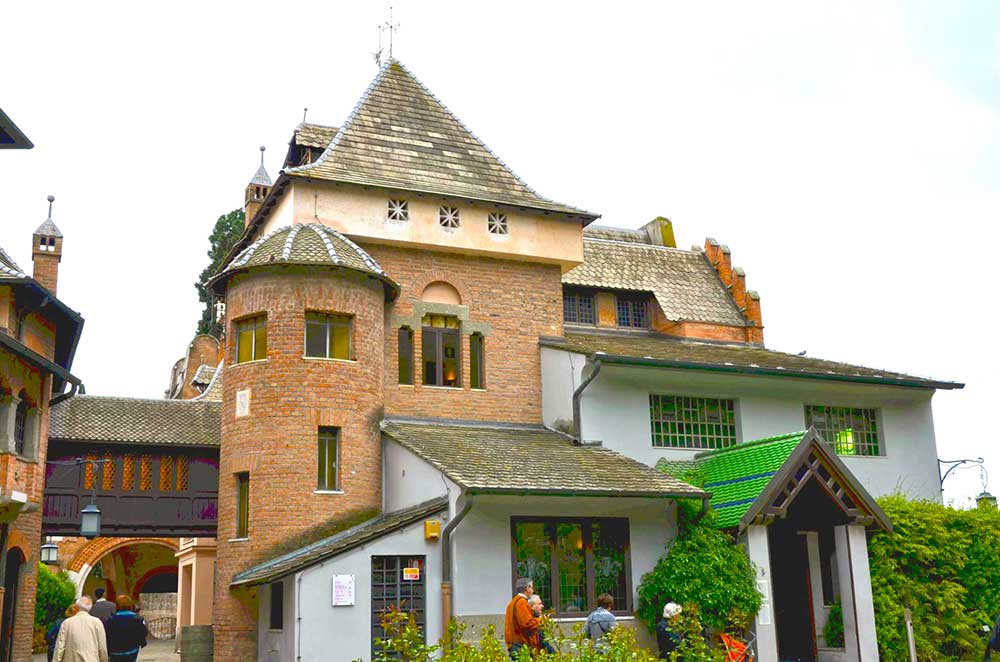 Benito Mussolini also stayed in villa Torlonia during the years of his dictatorship.

In fact, he was allowed to reside there from 1925 to 1943 and here he organized meetings, lavish parties and meetings. In this period the park of Villa Torlonia in Rome was converted into a war garden and anti-aircraft bunkers were built under the Nobile casino.

From 1944 to 1947, Villa Torlonia was occupied by Anglo-American forces and then purchased by the municipality of Rome, restored and made public. 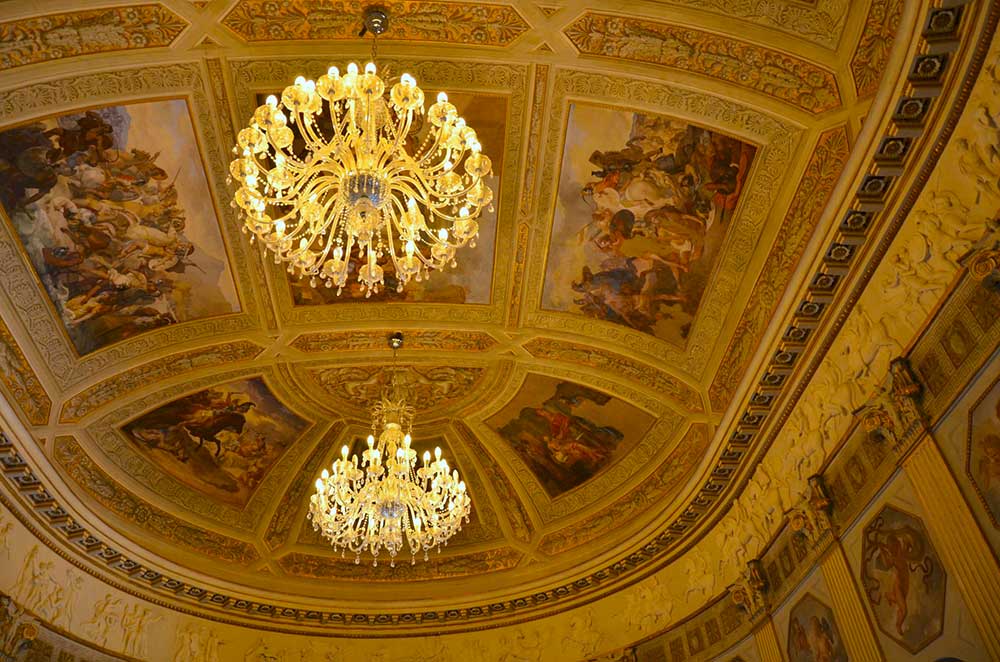 The Casino Nobile of Villa Torlonia was built by Valadier between 1802 and 1806. The current arrangement, which makes it look like a classical temple, was nevertheless realized later, to make the building even more majestic.

Interiors of Villa Torlonia were sumptuously decorated and you can still admire beautiful rooms, such as the large party room or the beautiful Egyptian room. What I liked the most is the hall of Italian poets, where they are portrayed with their inspiring muses.

It was in the Nobile casino of Villa Torlonia that Mussolini lived. Under the structure, in addition to the bunkers, a fake Etruscan tomb re-emerged, probably built by Caretti. 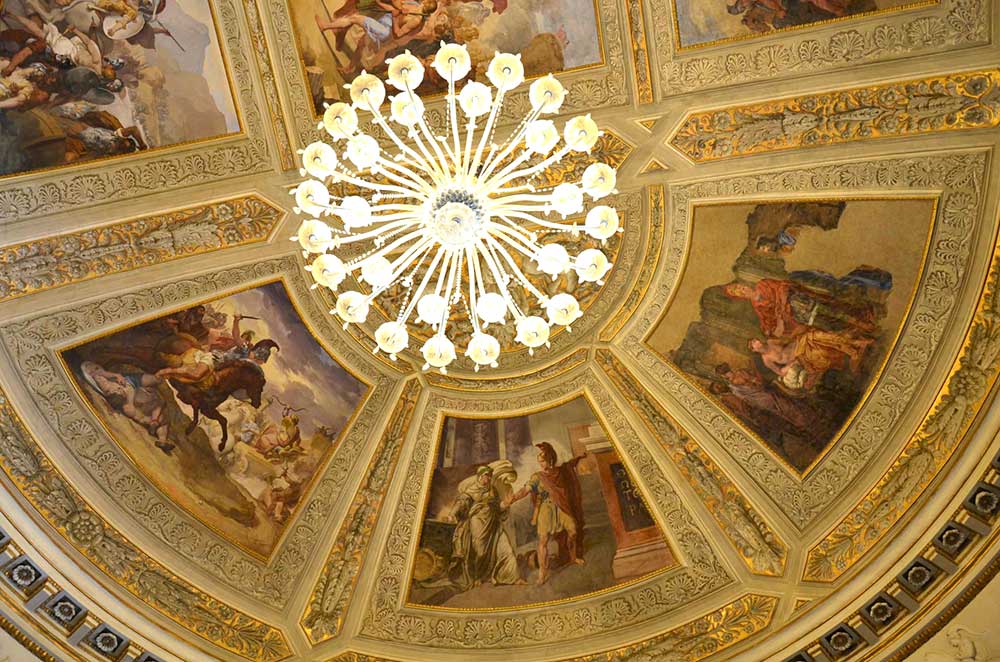 The little house of the owls

The little house of the owls is the real pride of the park of Villa Torlonia for its particular structure but especially for the windows: a perfect example of liberty style typical of the beginning of the last century.

Only the walls remain of the original Swiss hut: between 1908 and 1930 the house was completely transformed. Large windows were opened, decorated with magnificent stained glass windows and the interiors were enriched with majolica, boiserie and sculptures with a zoo and phytomorphic theme (with shapes of animals and plants).

Soon it began to be called the house of the owls, both for the famous stained glass with these animals and for the recurrence of these nocturnal birds in the house.

The esoteric meaning of the owls is linked to the Greco-Roman antiquity, as an animal of the goddess of Athena’s wisdom. It would, therefore, be a symbol of ancestral and distant wisdom: this nocturnal bird in fact “sees” in the darkness, as the scholar manages to discern good in evil.

The details and attention given to decorating the interior of the little house of the owls will leave you speechless: each room has its own theme of decoration. The most interesting part, however, is the stained glass windows, a unicum in the artistic panorama of Rome in those years.

In short, it is a magical place where everyone dreams of living. 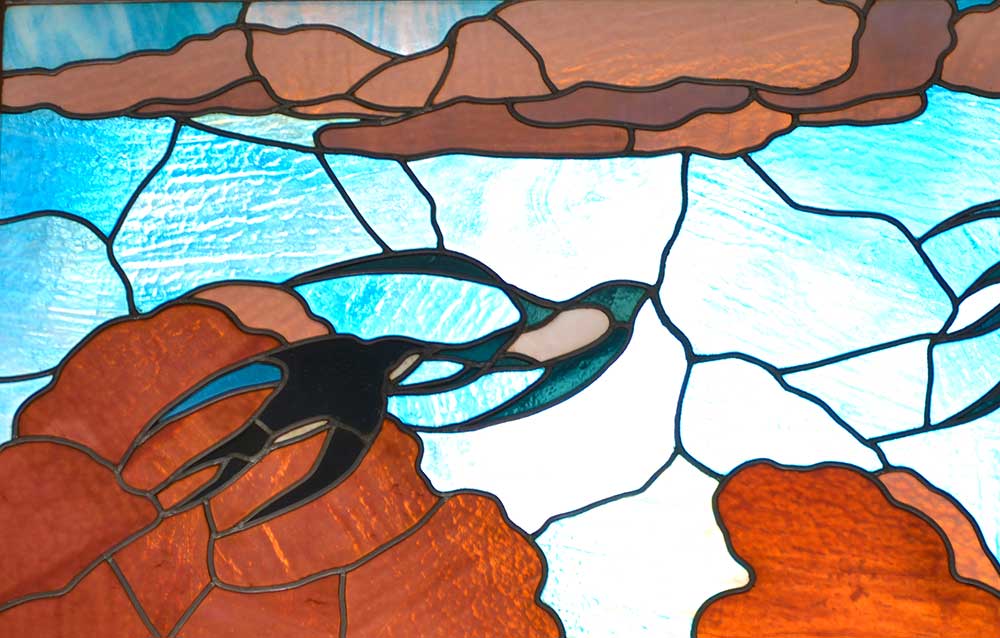 One of the most beautiful villas in Rome

Walking through the Villa Torlonia will let you immerse yourself in an enchanted atmosphere. The park is not very large, but it remains one of the lesser-known villas in Rome despite its undeniable charm.

After the restoration of the 1990s and the redevelopment of the 2000s, it is now a center of culture and meeting for citizens. In fact, concerts and exhibitions are organized.

It is really a place to visit! 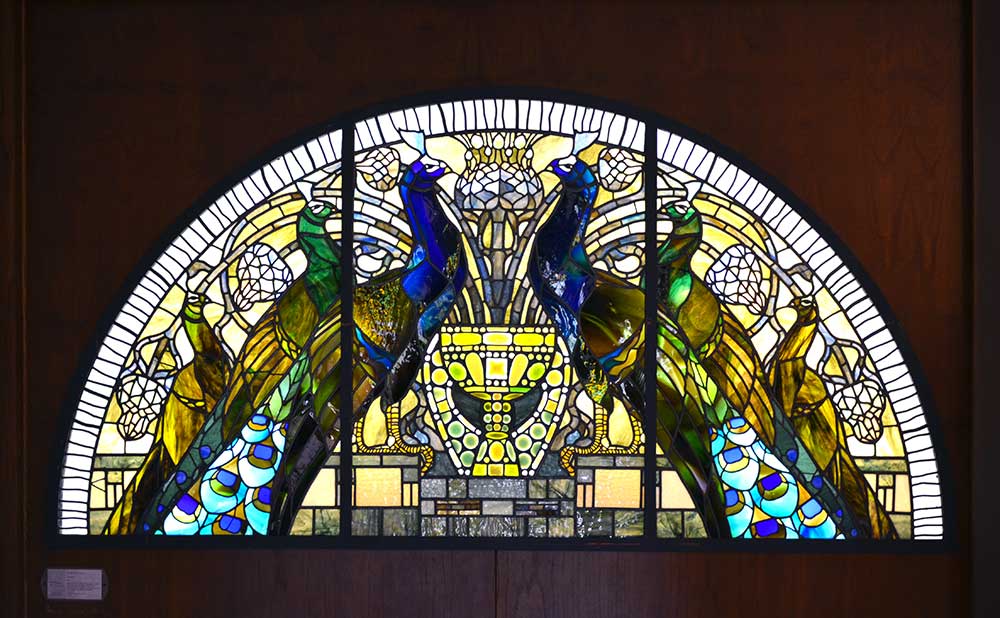 Access to the public park of Villa Torlonia is free but the entrance to the houses is subject to charges (around 10€). The first Sunday of each month, only for residents in Rome, entry is free. 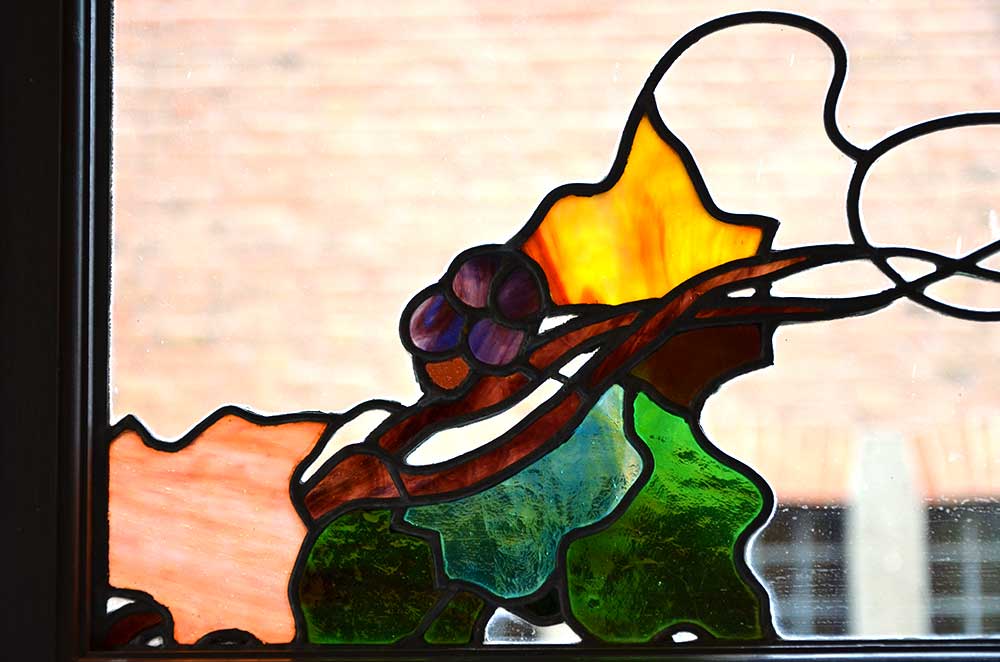 Have you been there? Did you like it? Which residence did you prefer?

Let me know in the comments!