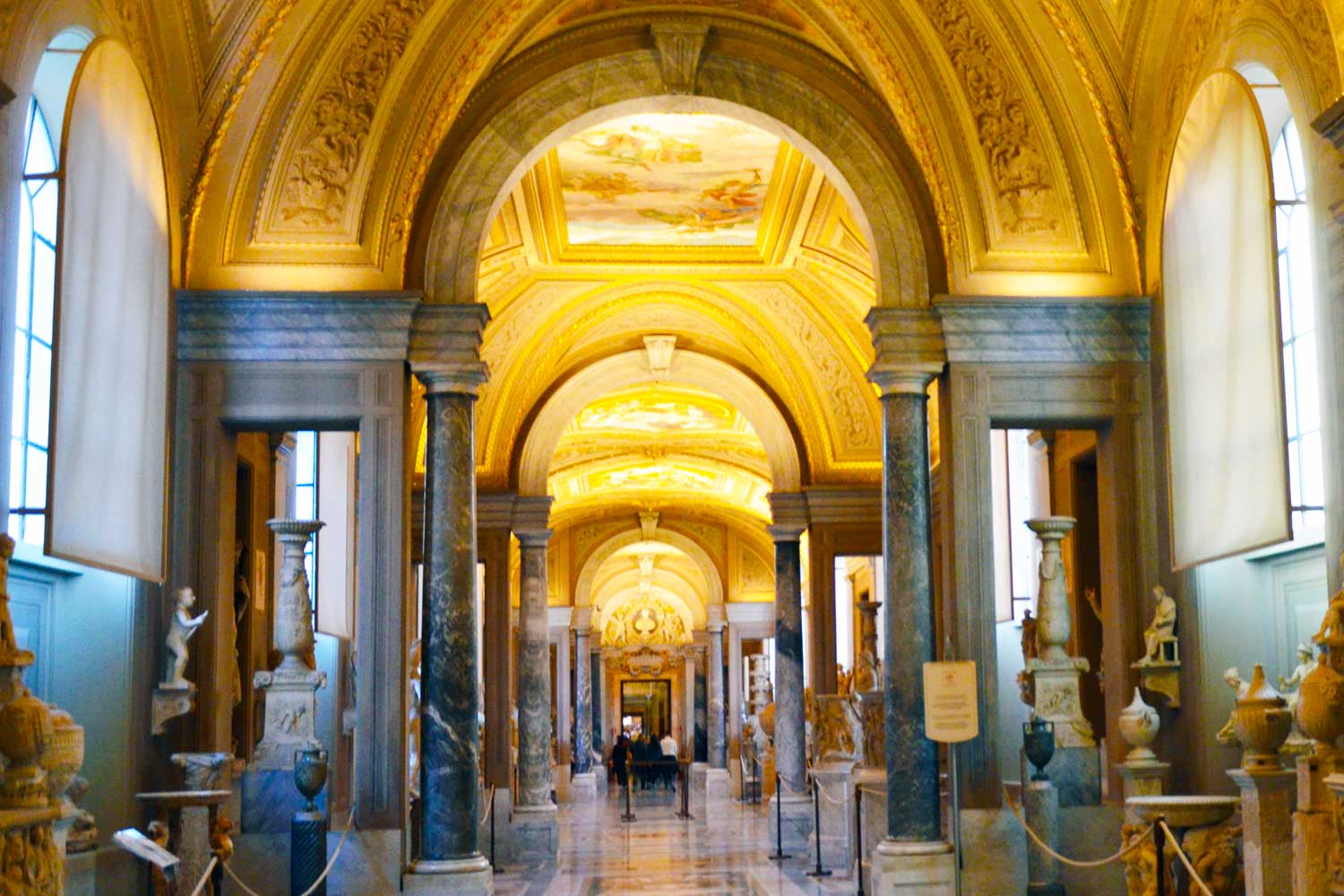 Are you planning a tour of the Vatican Museums in Rome but you can not decide which sections of the museum you absolutely do not want to miss?

If you want to visit Rome or just live in this magnificent city, you can not miss the appointment with one of the most beautiful museums in the world.

Visiting the Vatican Museums in one day seems like an impossible task. The collection is so vast that we should spend at least 2 or 3 days to be able to see all the works that are stored there.

In this guide, I’ll explain what is the best tour of the Vatican Museums to be able to see all those masterpieces that you absolutely must not miss.

Ready for this virtual visit? It starts!

A bit of history on the Vatican museums

The first nucleus of the Vatican museums was born from the collection of extraordinary sculptures collected by Julius II, who was pontiff from 1503 to 1513.

This Pope was a great lover of the arts and an important patron. He asked to Michelangelo to paint the ceiling of the Sistine Chapel, and to Raffaello to paint the famous Vatican rooms. Julius II also owes the construction of the new basilica of St. Peter and the beautiful statue of Michelangelo’s Moses that was to decorate his funeral monument never finished.

Some sculptures from his collection are now kept in the octagon courtyard of the Vatican museums and among them, there are some that inspired great artists for centuries. But Julius II was not the only pope lover of art. Over time, other popes collectors contributed to the enrichment of this museum making it one of the most beautiful in the world.

Before telling you what is the best tour of the Vatican Museums it should be noted that the architecture itself and the decorations of the building, are themselves a work of great beauty.

Below you will find a selection of the works that struck me the most. 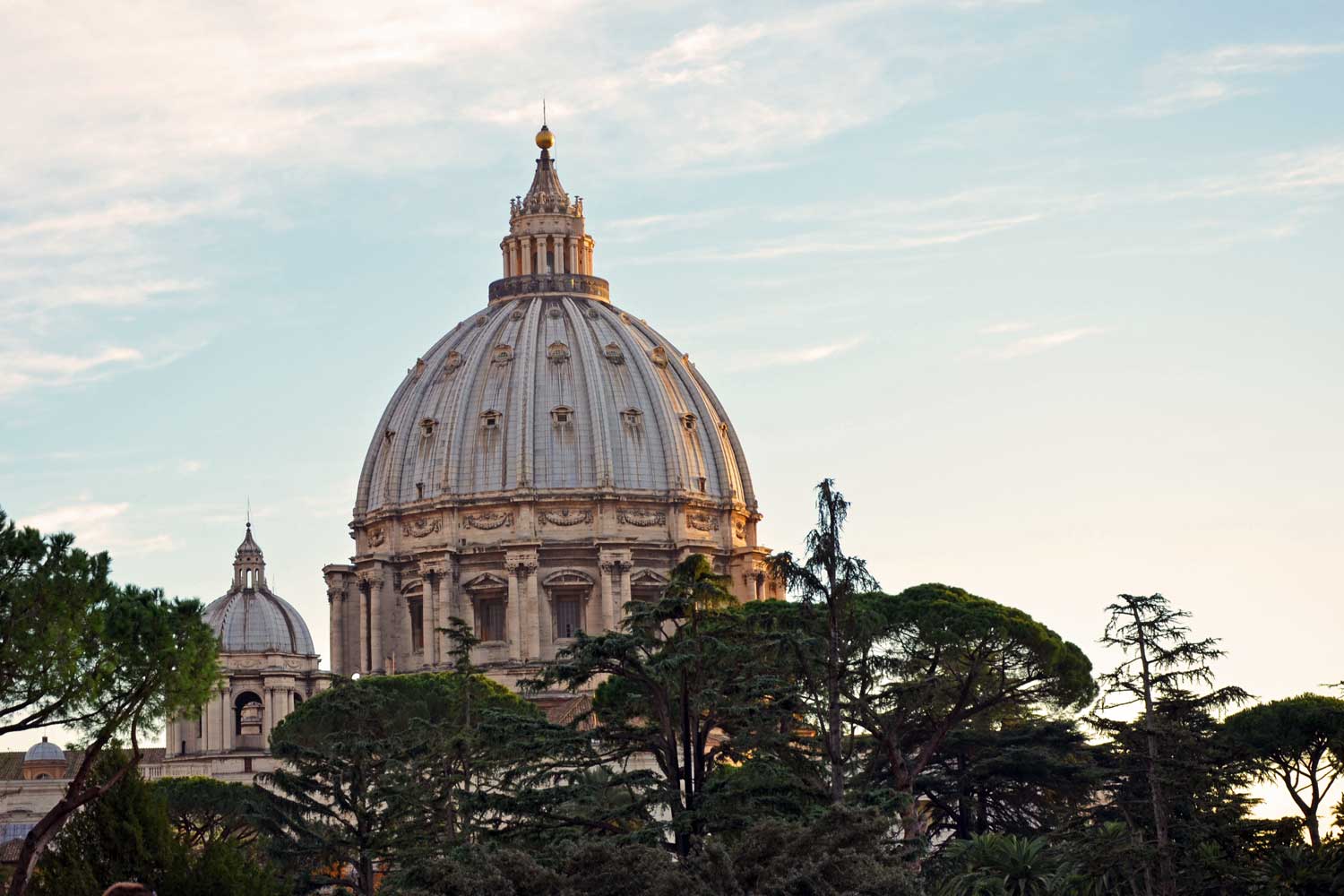 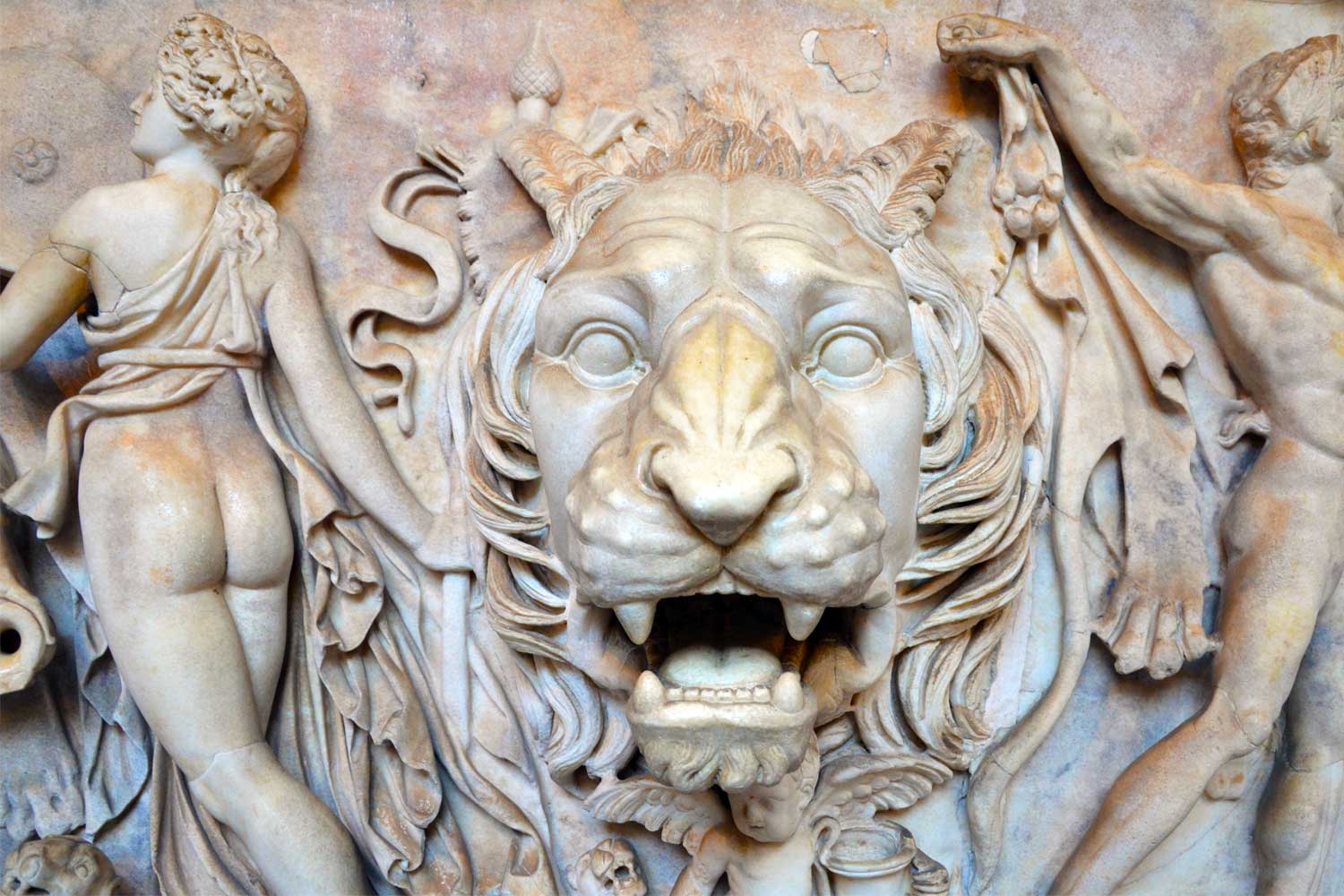 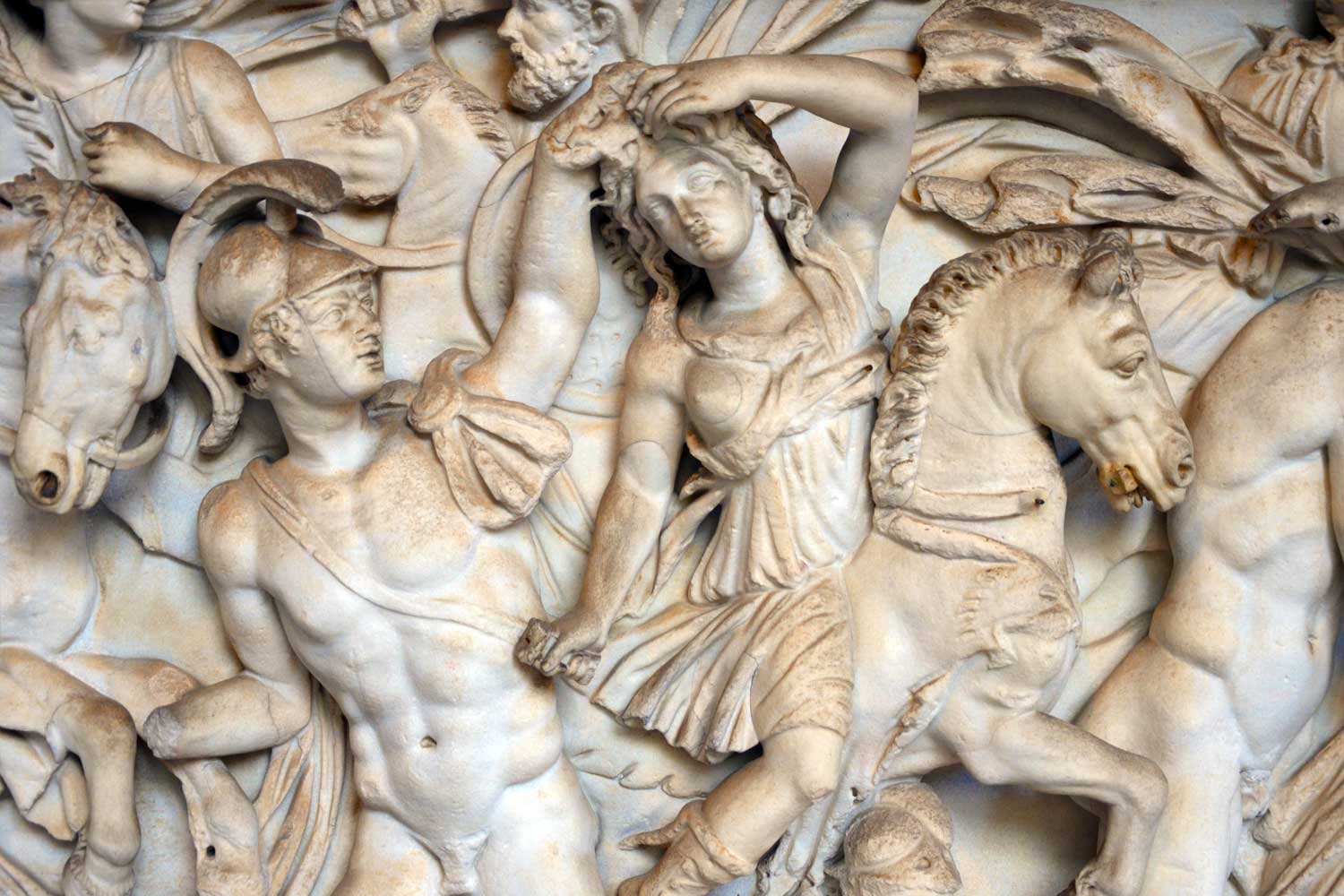 1 – The statue of Lacoonte at the Vatican museums

you can find a copy of this statue in the Uffizi of Florence but the original Lacoonte is right here, inside the Vatican Museums.

The story of Lacoonte is closely linked to the Trojan war: legend has it that when the Trojans decided to bring the famous horse donated by the Achaeans to the city, the Lacoon priest warned his fellow citizens by asking him not to accept the gift of their enemies. Athena then sent two sea snakes to devour the children of the unfortunate who was killed in an attempt to save them. What happened after I think you all know.

But where is the Lacoon?

This scene of the myth is preserved in the octagon courtyard of the Vatican Museums. It is an incredible example of the mastery achieved by the sculptors of ancient Rome, but probably it is a copy of a Greek original.

The group is about 240 cm tall and was built between the 1st century BC and the first century AD. It is thought that the original was bronze and was the work of some of the greatest sculptors of antiquity: Agesandro, Atanodoro and Polidoro. 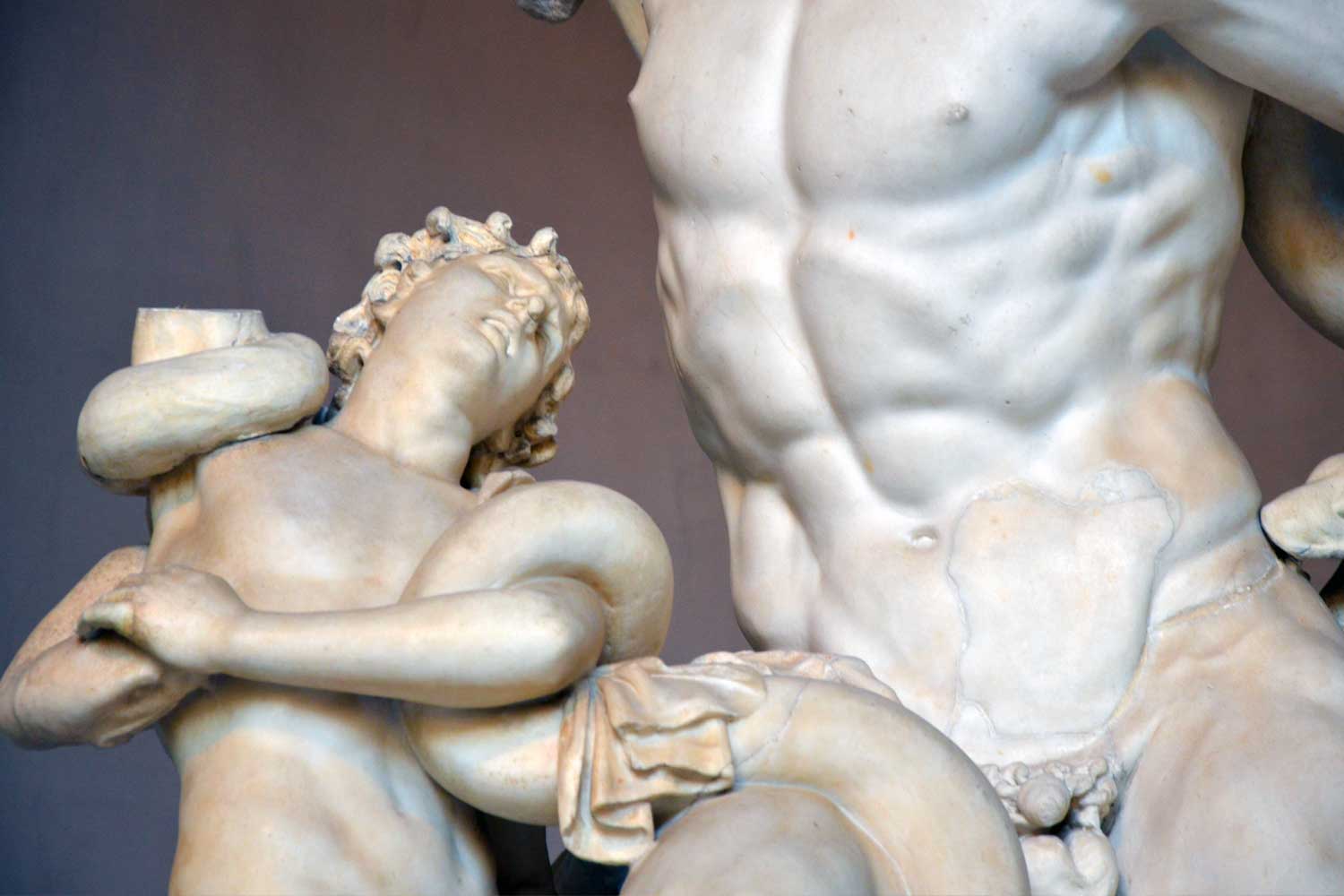 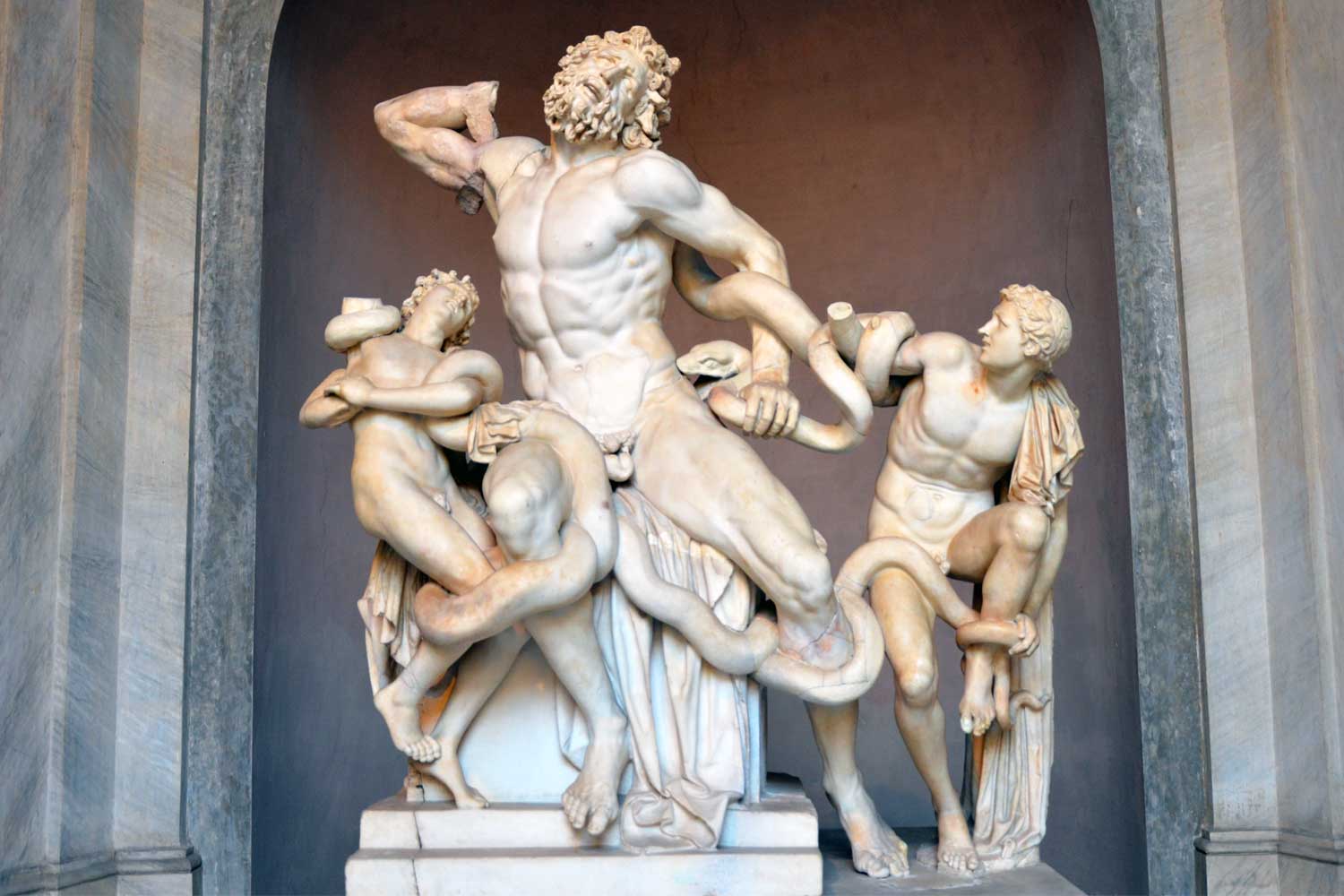 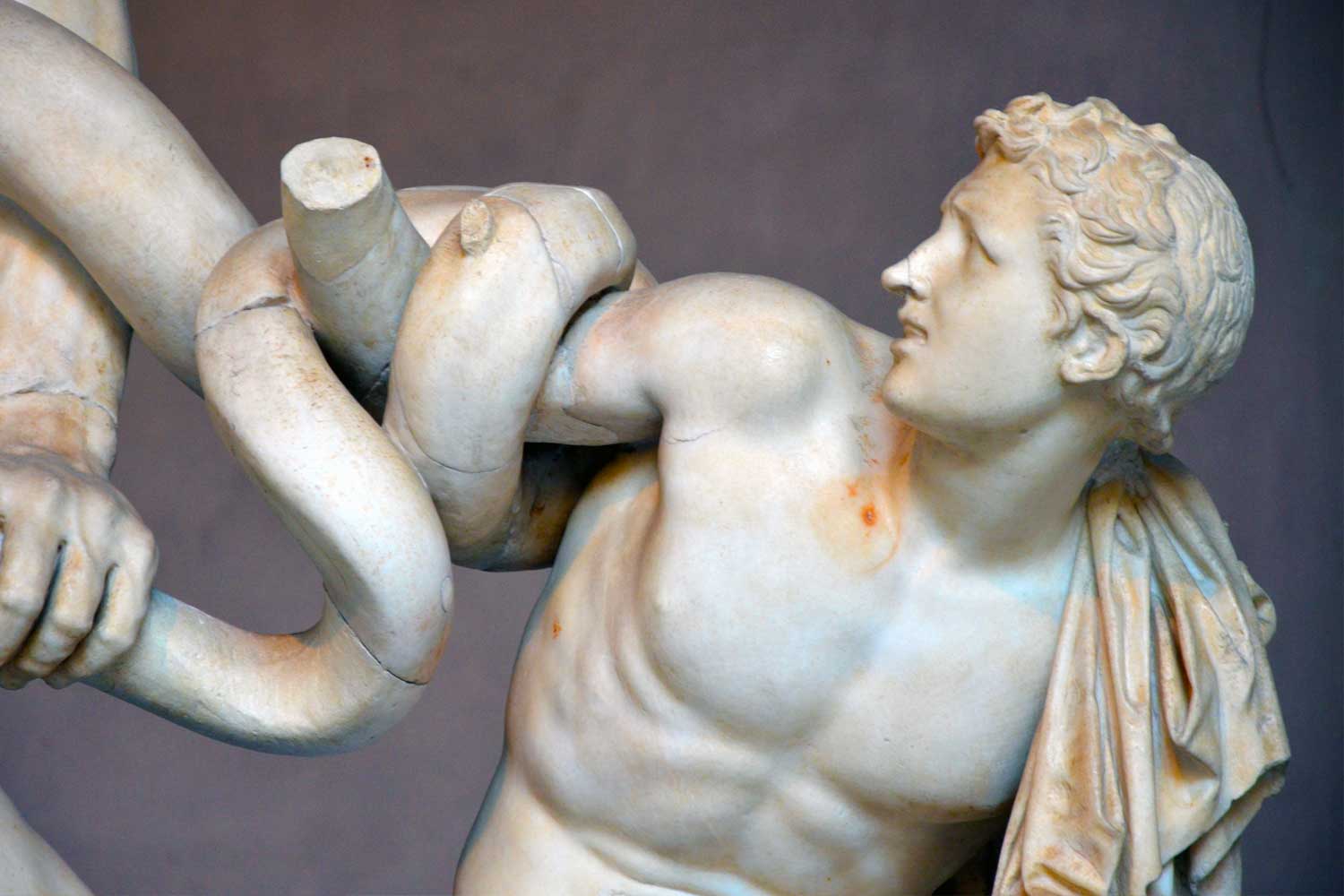 2 – Raphael’s rooms at the Vatican museums

Here is a little anecdote about Raphael’s rooms in the Vatican Museums!

When Pope Julius II decided to decorate his private rooms, he called some of the greatest artists and asked them to paint the walls of four large rooms. But when he saw the paintings of the very young Raphael, he sent away all the others and asked him to continue all the work alone.

Raphael’s rooms in the Vatican Museums are one of the greatest masterpieces of the painter. There are some of the most famous frescos in the world, such as that of the Athens school. The latter is famous because the characters represented as philosophers are actually the most important personalities of the time (I have also spoken here).

In Eliodoro’s room, you can see one of the most beautiful nocturnes painted by an artist. It is on the wall of the window. The light of the moon and the torch reflecting on the armor of the soldiers is perfectly painted. 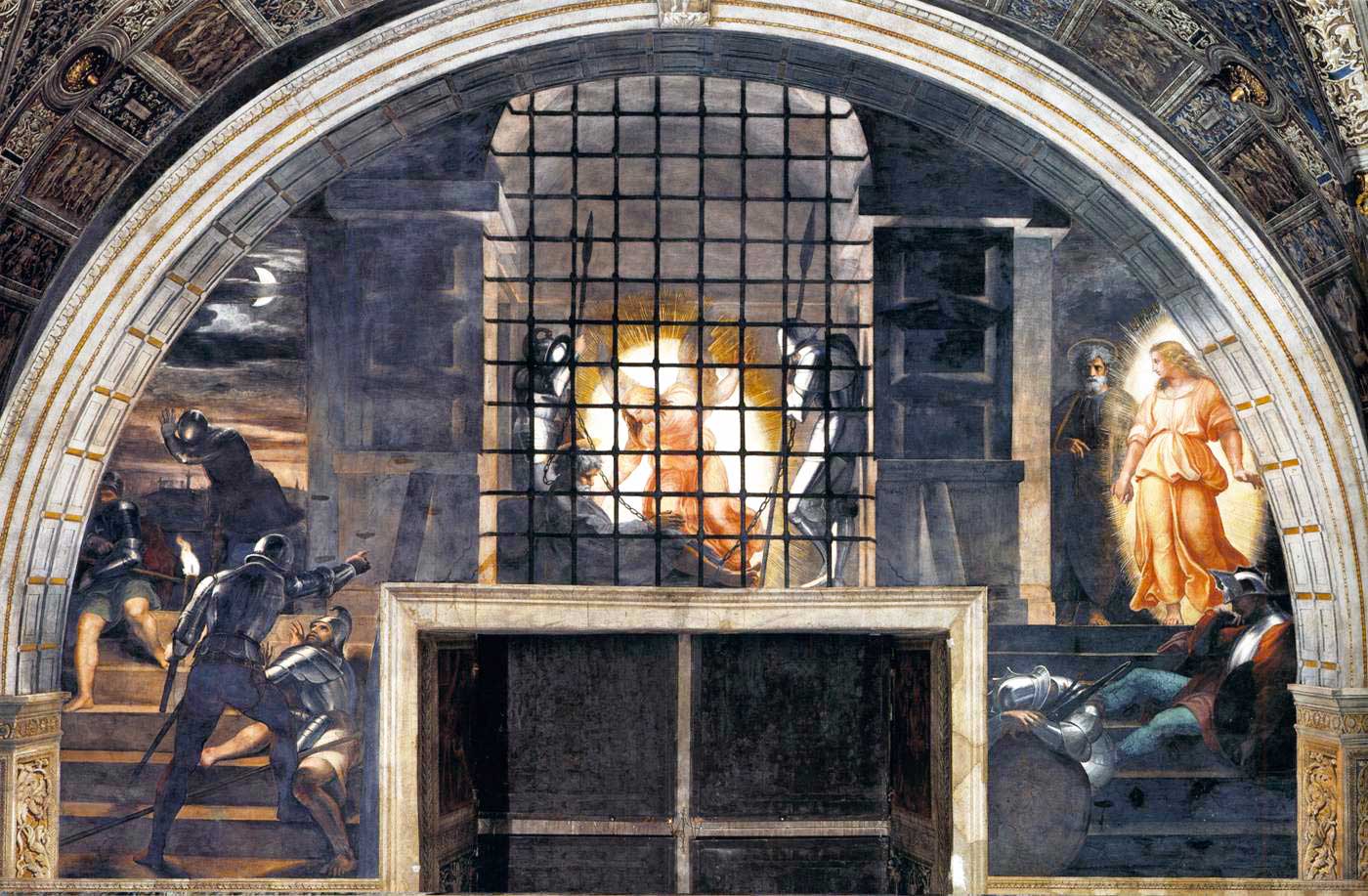 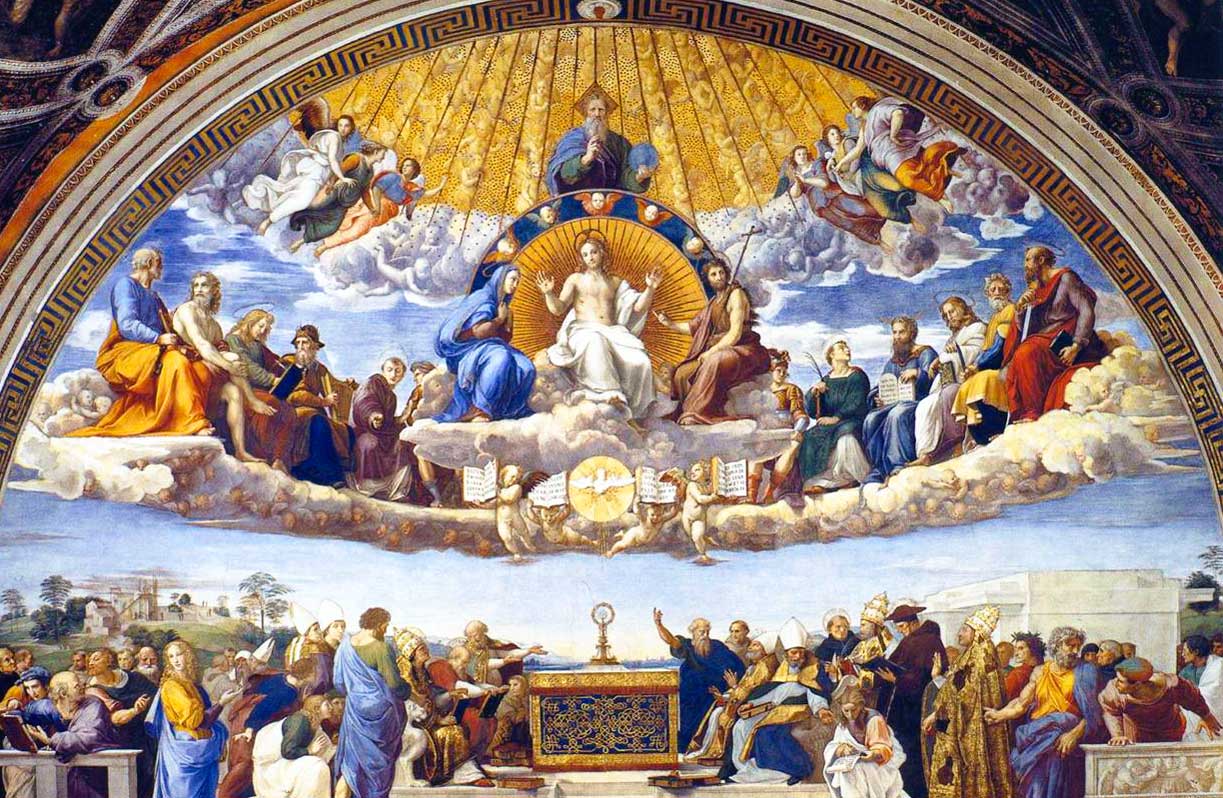 3 – The pinion of the pinecone courtyard

In the Vatican museums, there are all kinds of Roman art: from statues to mosaics, from sarcophagi to pottery. However, one of the most important and most impressive works is a huge pine cone.

But so … is it just a pinecone?

The so-called “pinion” is 4 meters high and dates back to the 2nd century AD. This bronze sculpture was once a colossal fountain. It was found near the Campo Marzio in the area known as Pigna district, so named after the discovery. 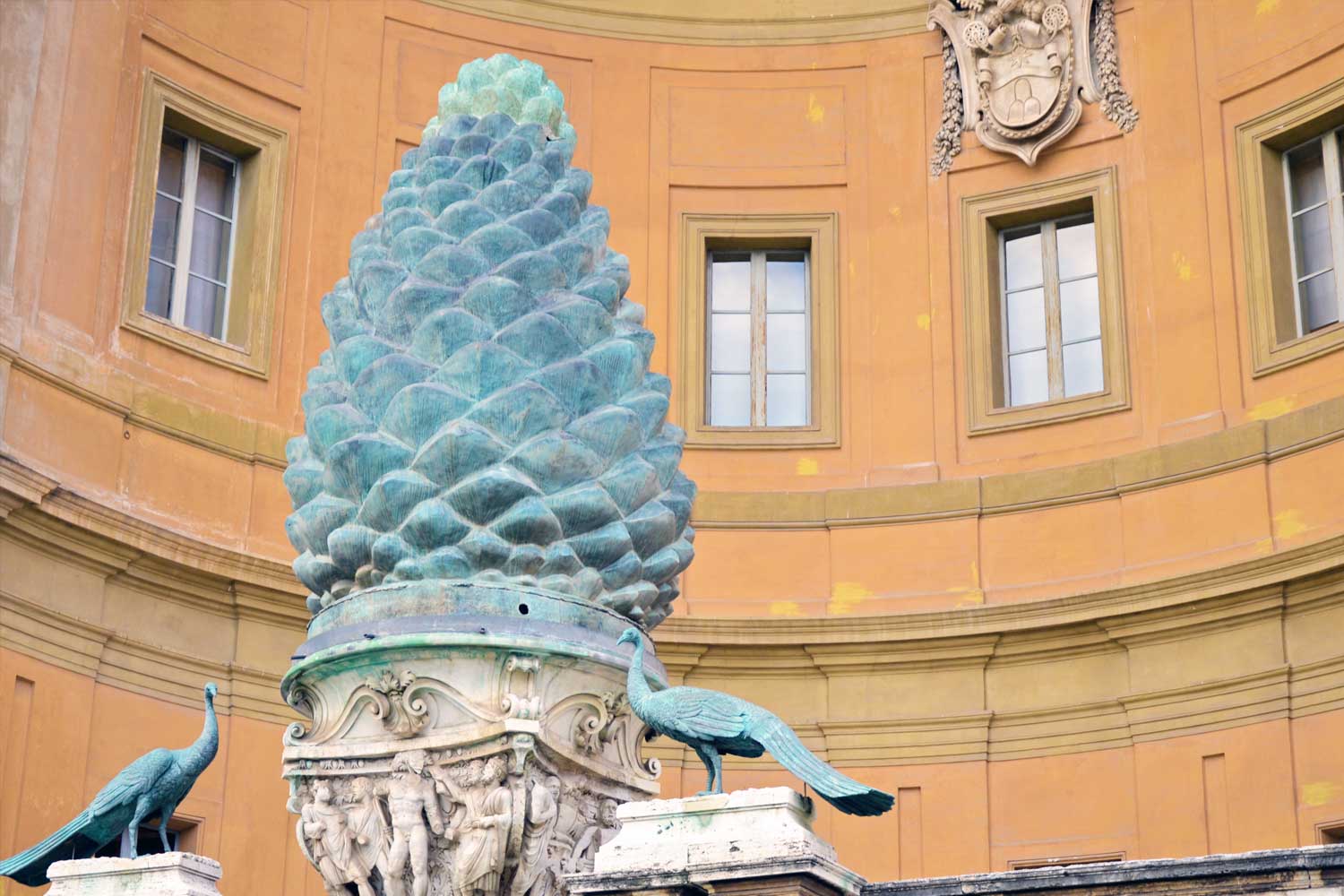 4 – The Sistine Chapel, a masterpiece of the Renaissance

The Sistine Chapel is usually the last stop on the Vatican Museums tour, and is one of the most impressive.

Rivers of ink have been spilled over the Sistine Chapel, and I have also spoken about it in this post. What not everyone knows is that Michelangelo was not the only genius working at this chapel.

The Sistine Chapel was erected by Pope Sixtus IV (hence the name Sistina) in 1475 and was decorated by some of the greatest artists of the period including Ghirlandaio, Perugino, Signorelli, Botticelli and Pinturicchio. They are the authors of the scenes along the walls of the Sistine Chapel. Stop and admire the cycles of stories of the old and the new testament.

The wall that now houses the splendid Universal Judgment of Michelangelo, once had to be decorated with scenes of the birth of Jesus and the life of the Virgin. The vault of the Cappella Sistina instead was painted like a starry sky before hosting the cycle of Michelangelo’s work.

According to some, the measures of the chapel would follow those of the temple of Solomon and the proportions reported in the Bible.

Giotto was one of the most important artists of the Middle Ages and opened the way to Renaissance art.

One of his masterpieces is kept in the Vatican art gallery. It is a huge triptych in bright colors with a golden background, which on one side represents St. Peter and on the other Jesus. It was destined to act as a division between the clergy and the faithful in the ancient basilica of St. Peter.

The symbolic meanings of the colors my guide explained to me left me speechless! Art really speaks to us on so many different levels. 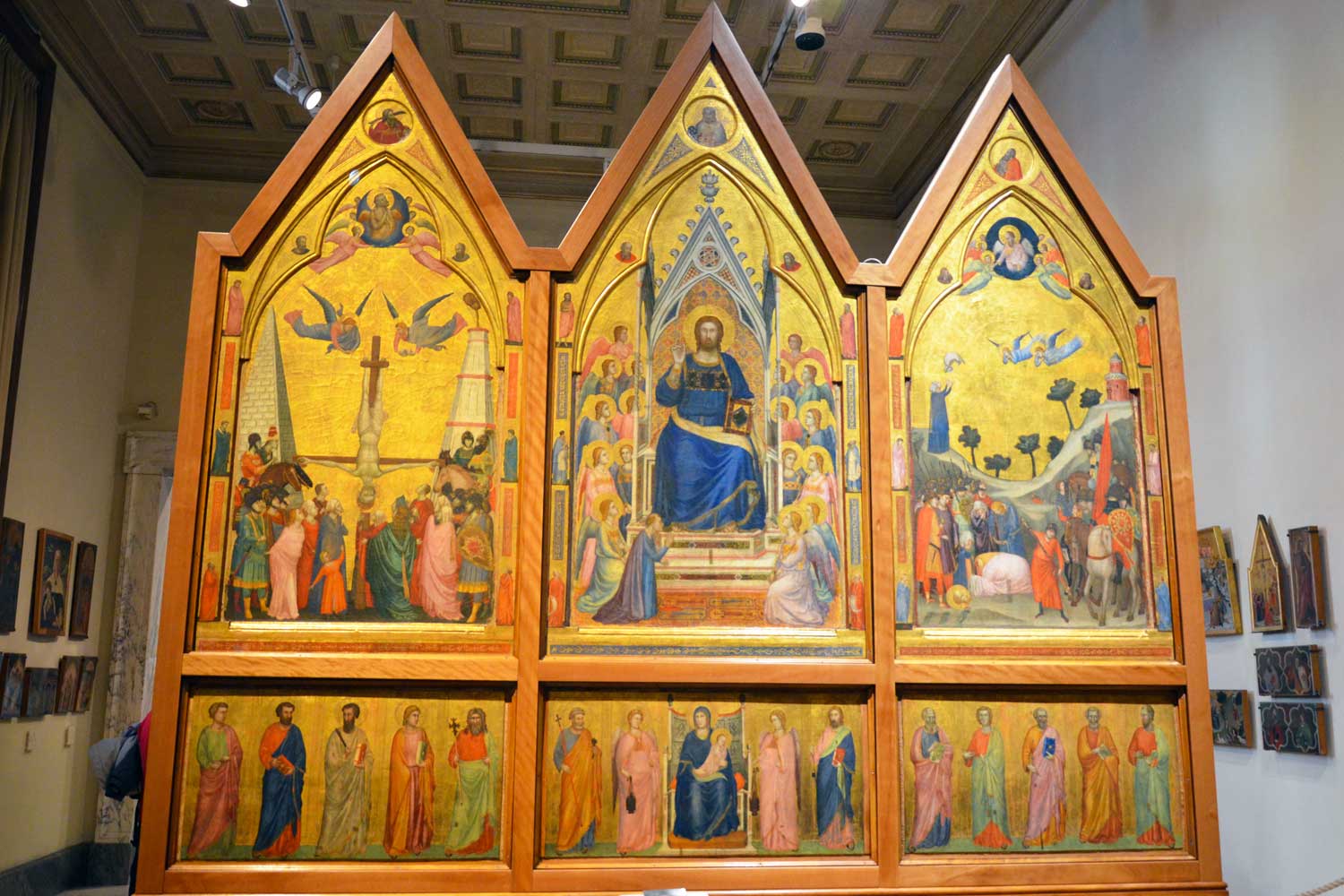 6 – The torso of the Belvedere

The torso if the Belvedere is a piece of headless statue, without arms and legs.

So what’s so special about it?

This statue bears witness to the importance of Greek sculpture and the way it was received and reworked by the Romans. It is, in fact, an autograph of the Greek Apollonio sculptures in Athens: this work has an incredibly expressive force, despite the mutilations.

It was the object of study and inspiration for Renaissance artists for how the muscles of the back and thighs are sculpted, the way in which anatomy and the position of certain uncommonness are described.

Do not you find that the Christ of the Last Judgment of Michelangelo is portrayed in a very similar position? 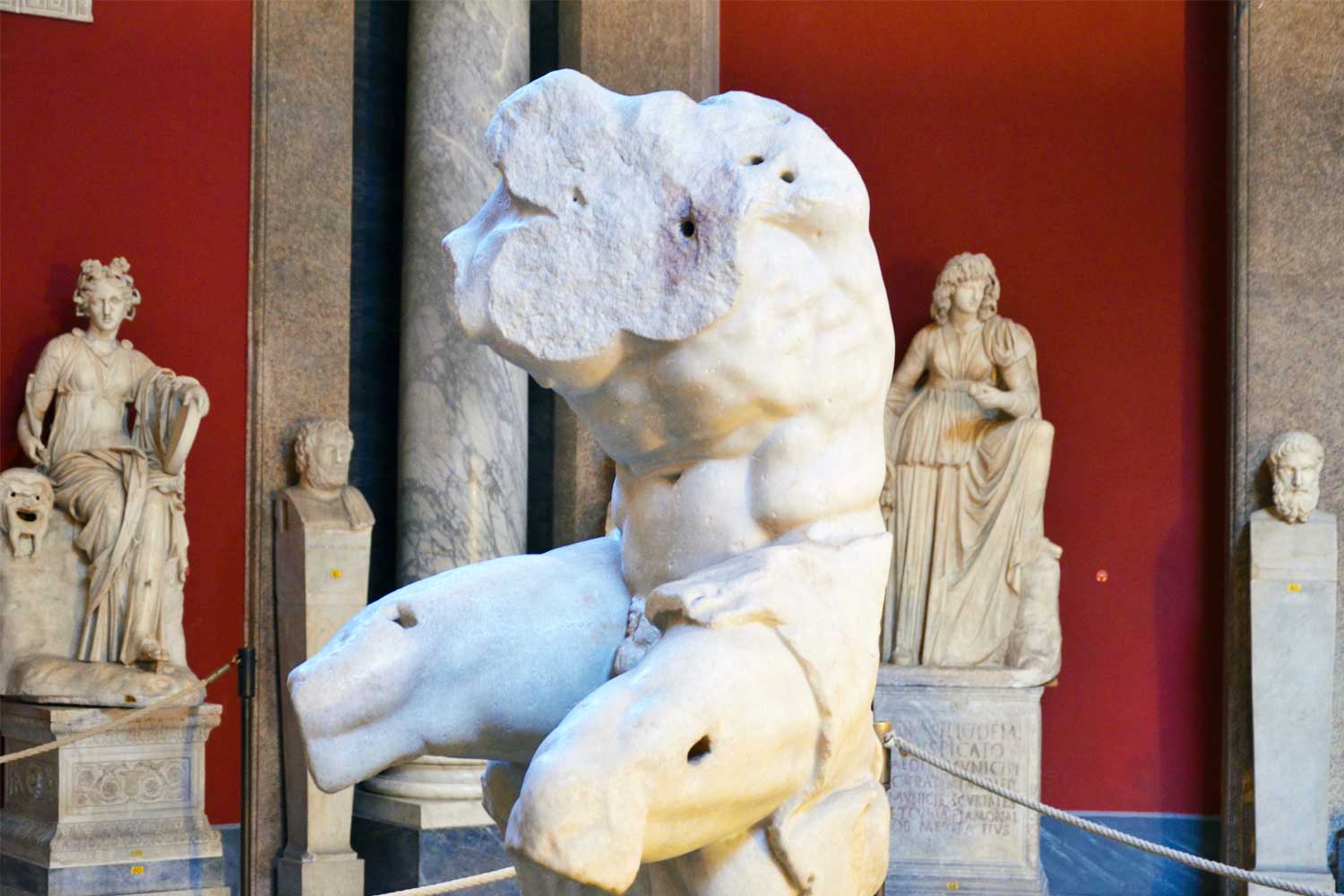 7 – The sarcophagus of Sant’Elena

Santa Elena was the mother of Emperor Constantino, the first Christian emperor and, during her lifetime, went in search of the relics of the cross of Christ in Jerusalem.

But why should a sarcophagus be so important?

The sarcophagus of Santa Elena in the Vatican Museums is totally in red porphyry, a very rare marble and among the most precious materials in the world: the quarries of this material were in Egypt and had already been exhausted in the 5th century AD. The purple-red color made it the marble reserved for Roman emperors and their families.

Porphyry is a very hard stone and difficult to work especially with the means of the time. This is why the sculptures on the enormous sarcophagus of Empress Elena are even more remarkable. Furthermore, the glossy color and the sanding make the sculptures look even more alive! 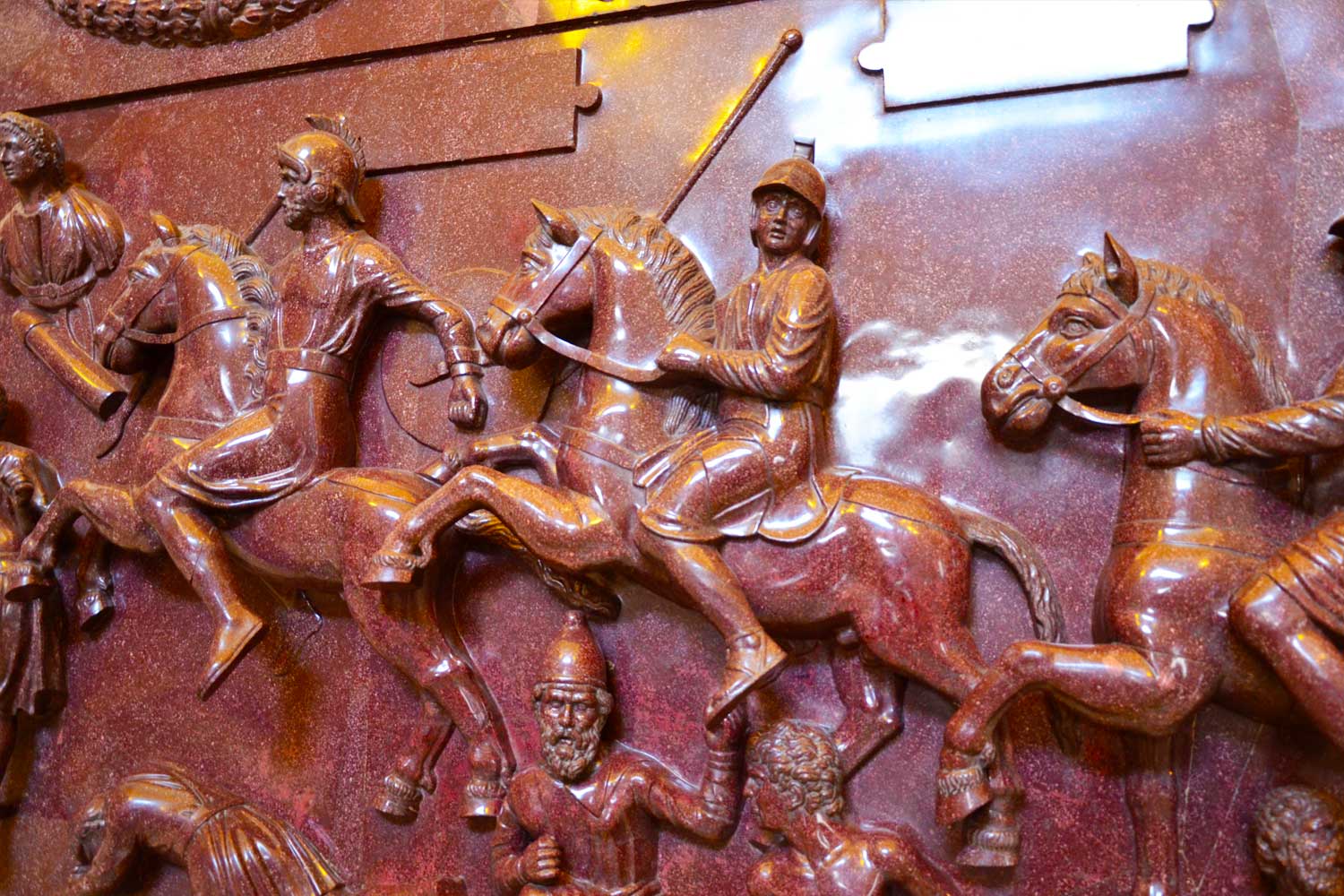 8 – The Pinacoteca of the Vatican Museums

I’ve been to the Vatican Museums at least three times but I’ve never visited the Vatican art gallery. Leaving it is a big mistake because it contains beautiful masterpieces, such as Raphael’s Transfiguration, Giotto’s Polyptych, works by Guercino, Caravaggio, Veronese, Leonardo, Guido Reni, Perugino, Beato Angelico, Filippo Lippi and Bellini.

I fell in love with Melozzo da Forlì and the painting “Sixtus IV names Platina prefect of the Vatican library (1477)”. Already from the photos, you can understand that it is worth to visit these museums even just for the Vatican Art Gallery! 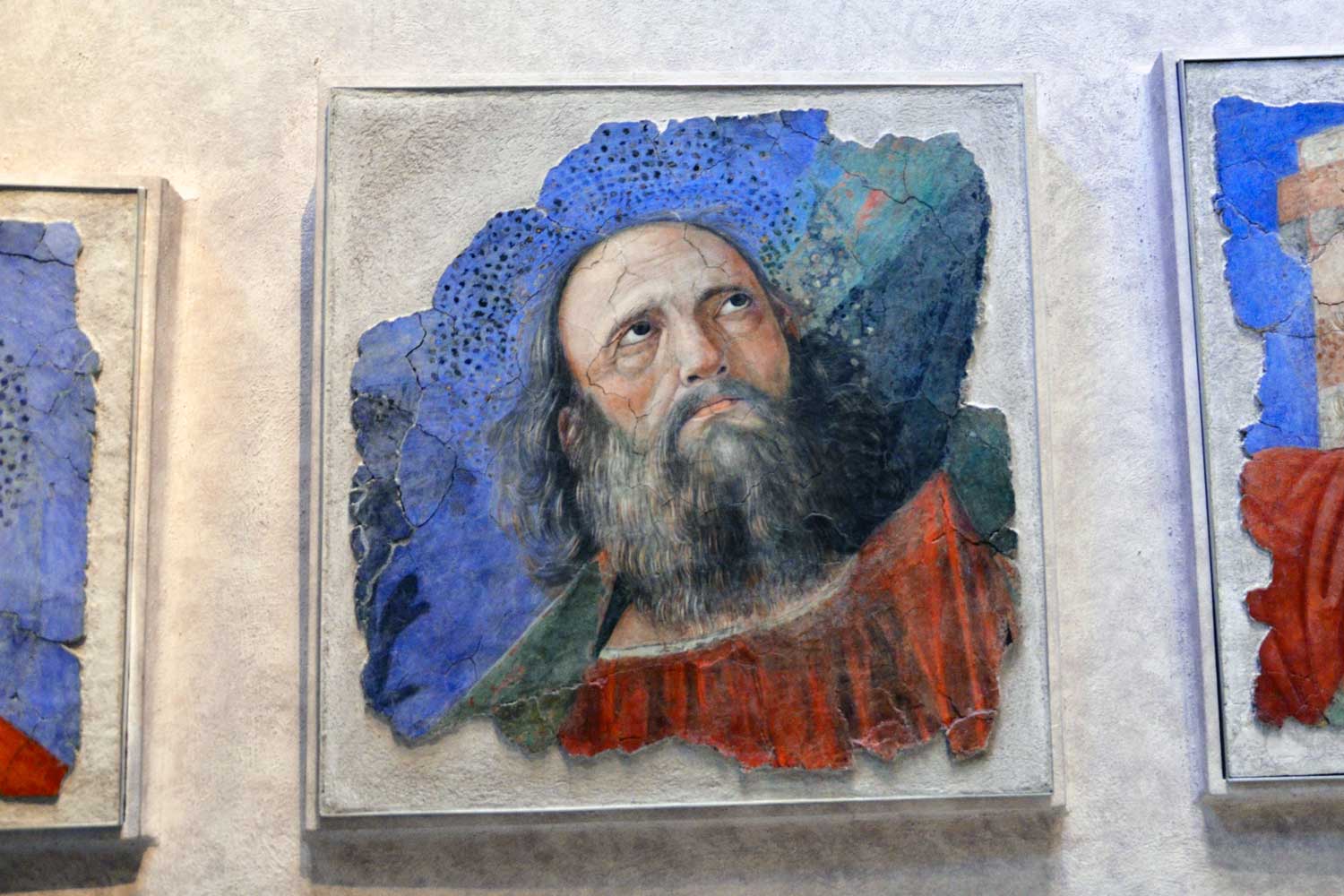 9 – The gallery of geographical maps

This gallery was built at the end of the 16th century and still, today constitutes a very precious document of the geographical knowledge of the sixteenth century.

Along with a corridor from the ceiling, embellished with beautiful colored stucco, are represented the cards of all regions of Italy, its ports and islands.

The particularity of this gallery?

Many cards are depicted as if seen from Rome, and then the maps are turned upside down for the modern observer. You will be impressed by the precision and detail with which even the smallest villages are represented! 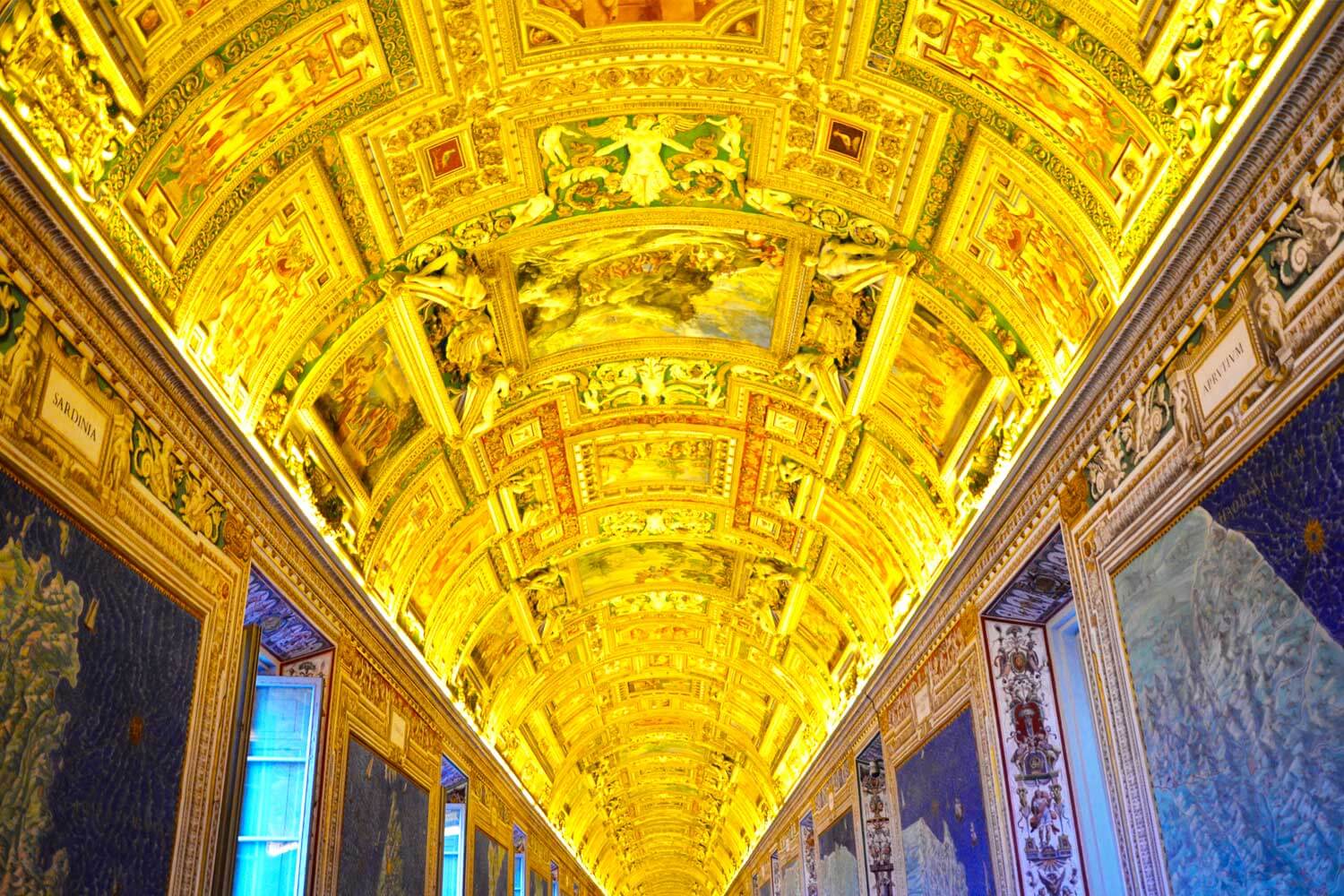 Advice for visiting the Vatican museums

I had the privilege of visiting the Vatican Museums with an exceptional guide who explained beautiful works of art from another point of view: Brother Anthony, a tireless art lover, guided me and my friends to discover the religious meaning of some incredible masterpieces, helping us to understand them more deeply.

It was interesting to read under another aspect the masterpieces that I already knew and look at them from a symbolic and religious as well as historical perspective!

Hours of the Vatican Museums

To avoid the queue I suggest you book your ticket online or go in the afternoon when there are a lot less people.

It is possible to enter the Vatican Museums for free on the last Sunday of the month. I advise you to go very early in the morning because usually there is already a long queue at the opening!

Skip-the-line ticket for the Vatican Museum