Home » Travel destinations » Europe » Tour in the champagne region: what to see in Reims in one day

Tour in the champagne region: what to see in Reims in one day 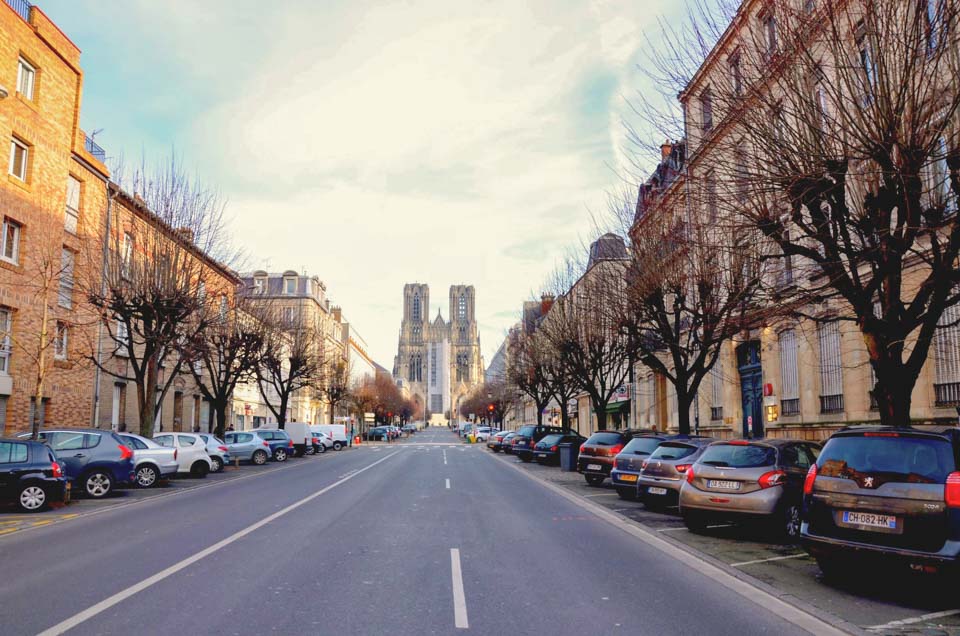 Would you like to take a tour of the Champagne region but you do not know what to visit? I advise you to spend at least half a day in Reims and to taste champagne walking through its inner streets.

But Reims is not just the “capital” of champagne!

The city indeed has an ancient history that starts from the Roman Empire up to the Kingdom of France. You want to know where the kings of France were crowned. Right here, in Reims!

The initiatory role of this place can be felt on the streets of its historic center. Here are preserved, a few meters, monuments that make us retrace the French history since the Roman conquest.

Are you curious to find out more about this French city?

In Reims, there is a masterpiece of ancient architecture. Here you can find the widest triumphal arch of the Roman world. This monument reminds us of the time when Reims was called Durocortorum and was part of the allies of Caesar with the tribe of the Remi. 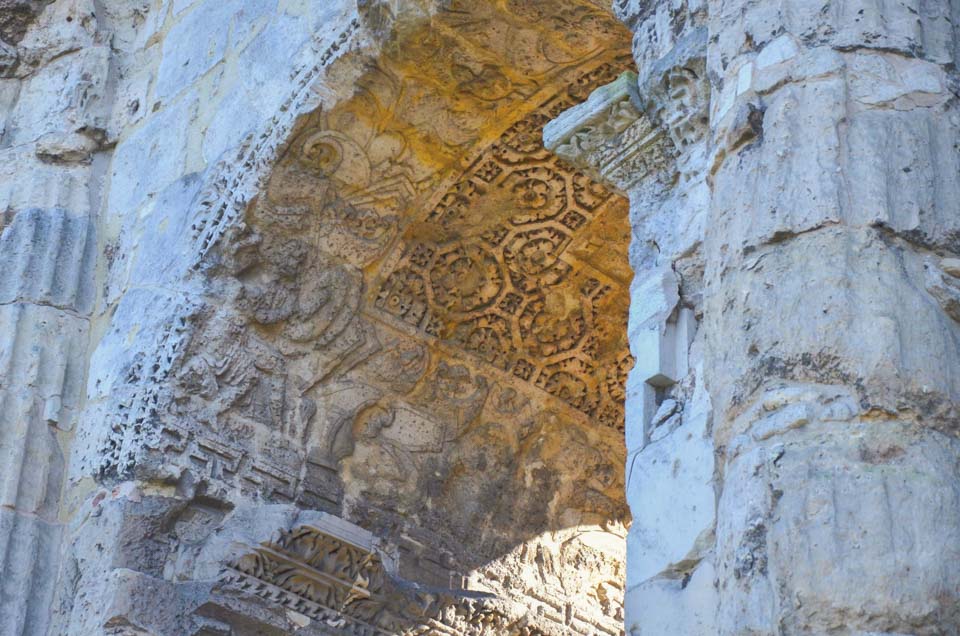 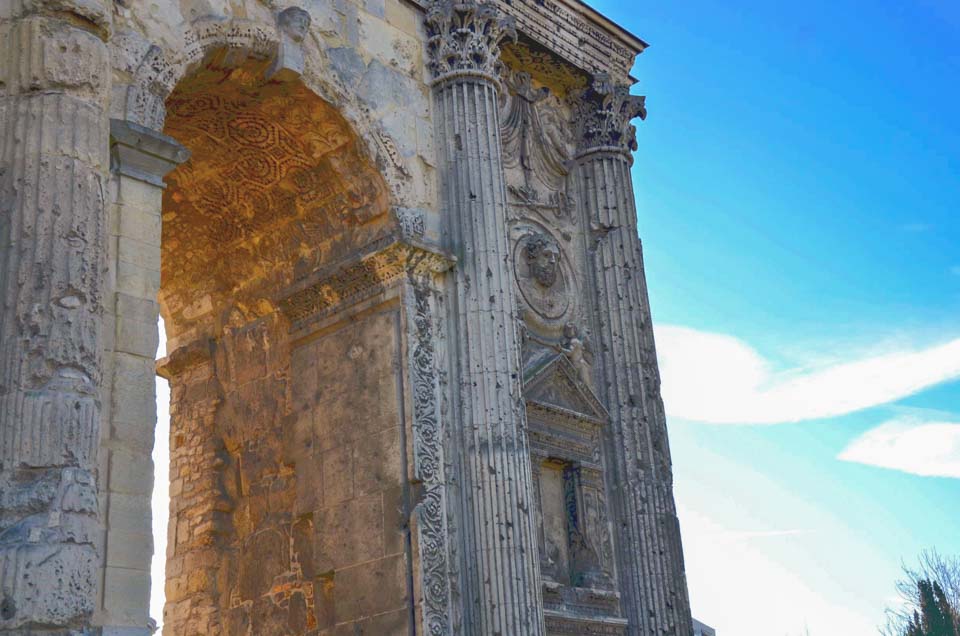 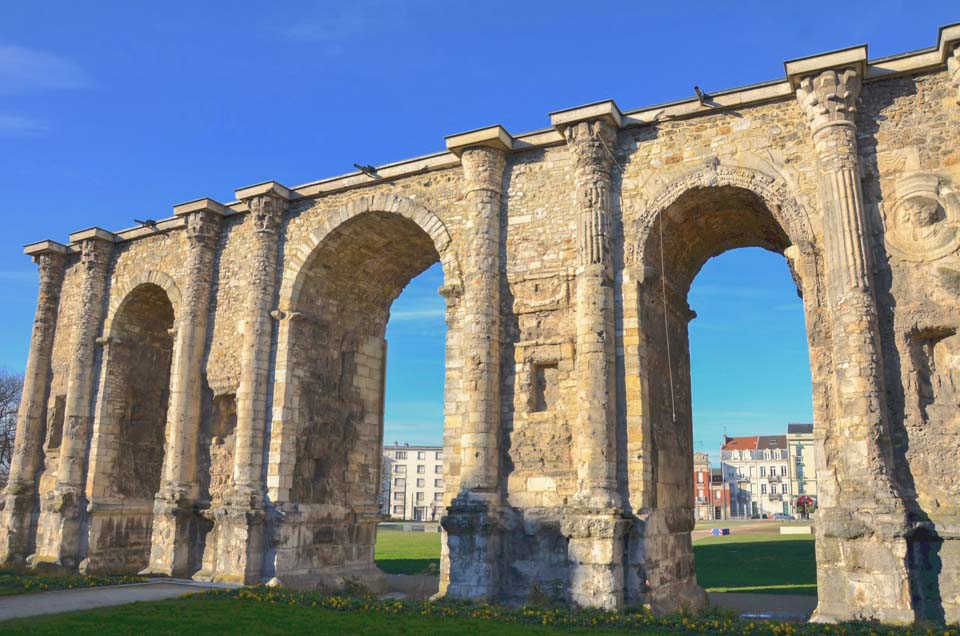 The importance of the city of Reims in history

Reims was the capital of the Belgic province under Augustus and its central role in the region experienced a certain continuity. It was here that, after the barbarian invasions and the fall of Rome, he received the baptism Clovis, the king of the Franks, converting himself to Christianity along with his whole kingdom.

Reims was one of the most important bishopric sites in northern France. For this reason, he saw the kings alternating, crowned in his splendid cathedral of Notre Dame, after a long and complex ceremonial. 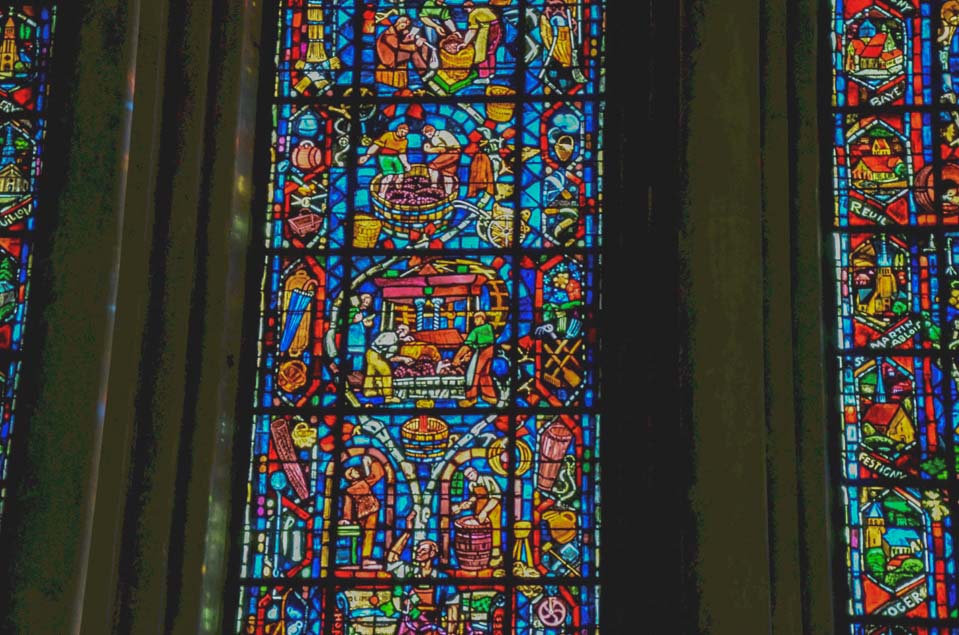 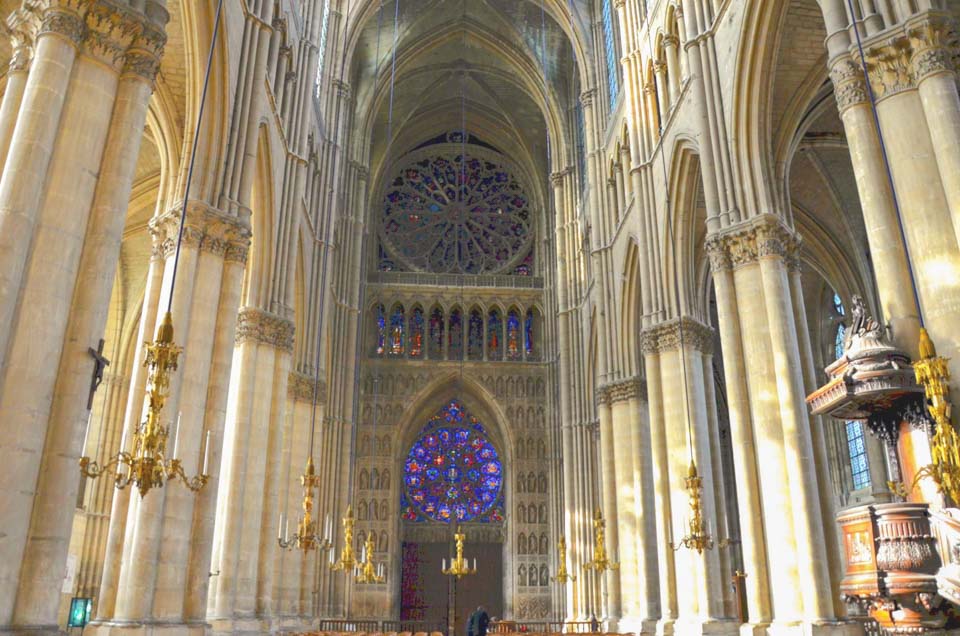 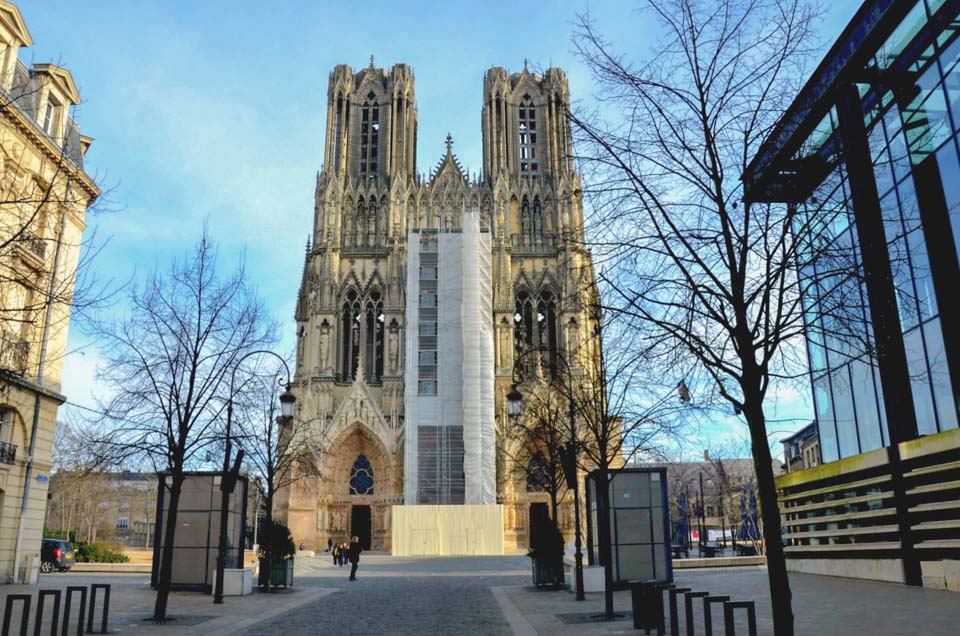 The Cathedral of Reims

The cathedral of Notre Dame in Reims was rebuilt in the thirteenth century on the previous one, burned in a fire.

The beautiful gothic forms find the maximum expression in the façade where three splayed portals, richly decorated, open up. In the counter-façade, a rich sculptural decoration stands out with scenes from the life of Christ.

Like the other magnificent cathedrals I visited in Amiens and Chartres, it too had a labyrinth on the floor in the middle of the main nave, which was lost in the eighteenth century.

This labyrinth, unlike the others, reported the figures of the master builders who had alternated in the construction of this masterpiece, Jean d’Orbais (1211-1231), Jean-le-Loup (1231-1247), Gauchier de Reims (1247- 1255) and Bernard de Soissons (1255-1290) together with the bishop who gave rise to the work of the new cathedral, Aubry de Humbert, at the center of the labyrinth. 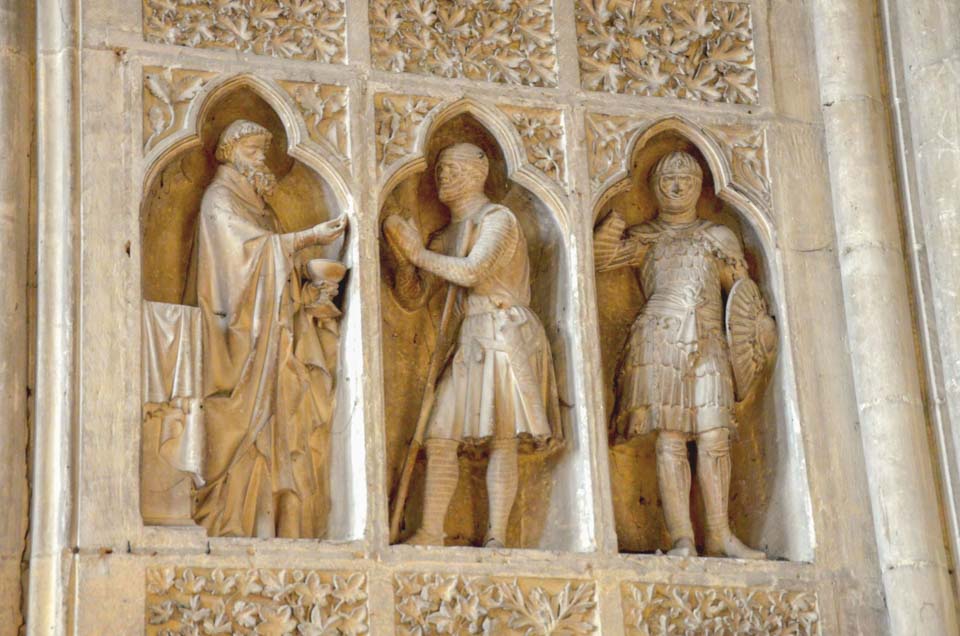 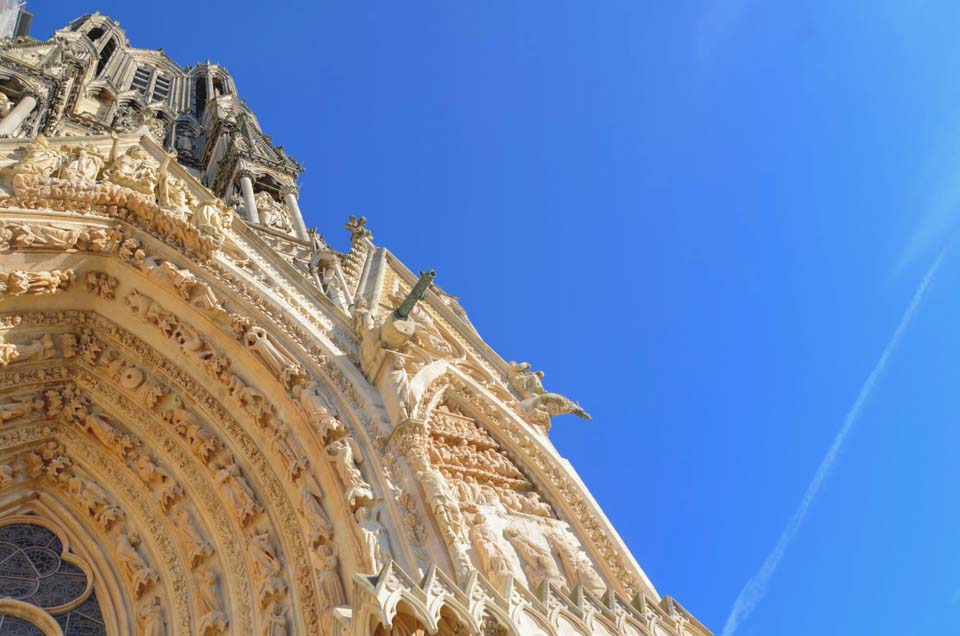 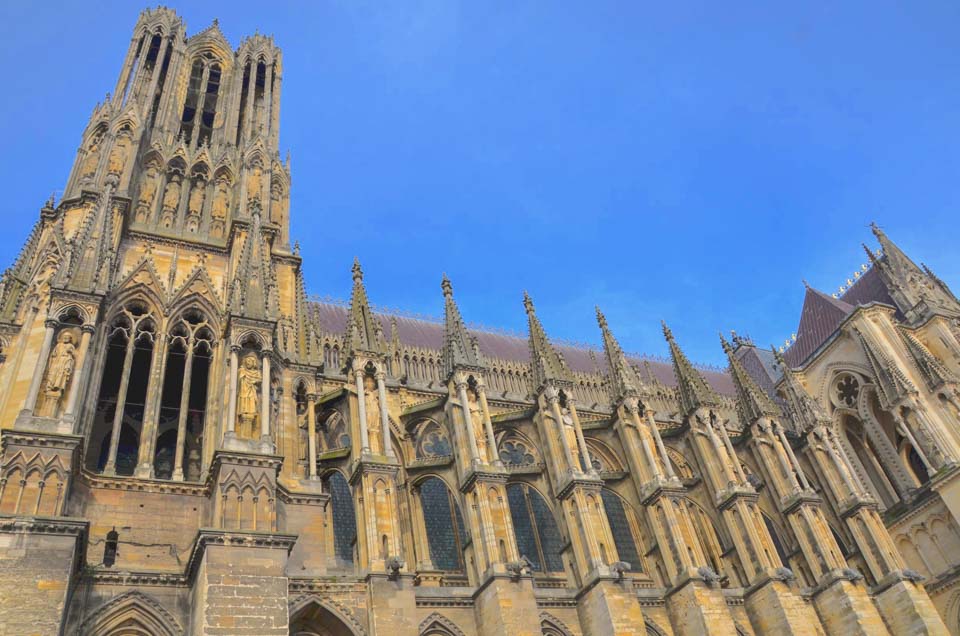 Reims During the war

Unfortunately, many medieval parts of the cathedral of Notre Dame in Reims have been lost over the centuries. The cathedral was sacked during the French revolution because it was deeply linked to the monarchy during the First World War, it was set on fire by the German artillery, resulting in a ceiling collapse: the roof merged and the gargoyles literally vomited metal.

Unfortunately, most of the sculptural cycles and the last medieval stained glass windows that had survived the centuries were destroyed in this way. 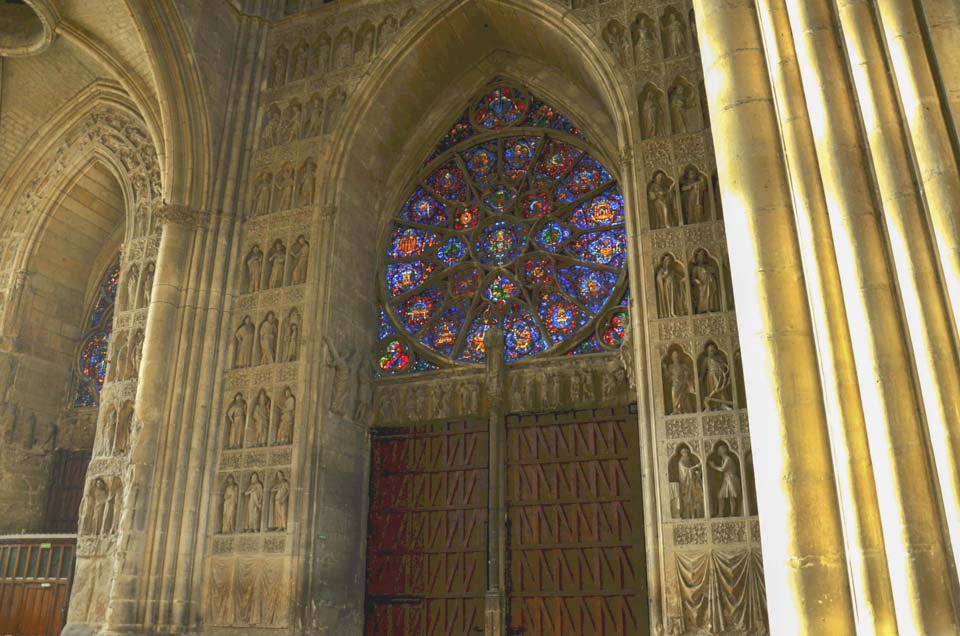 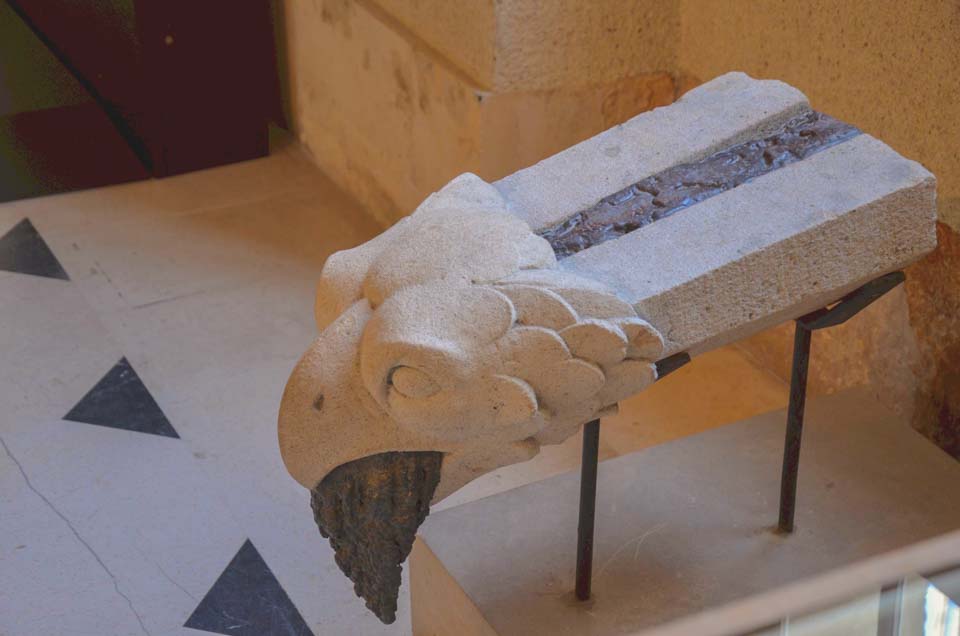 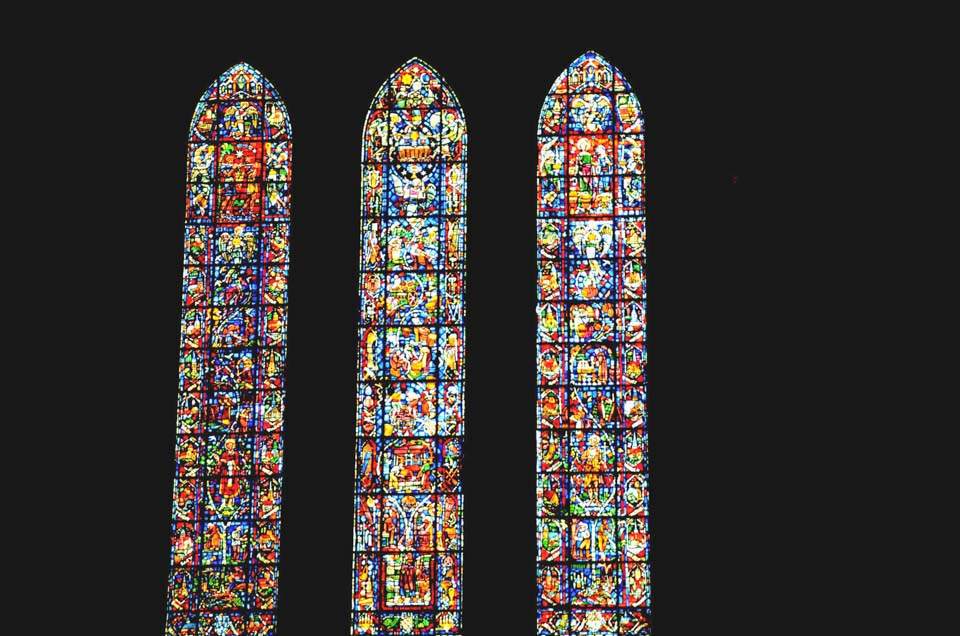 The glass windows of Chagall in the cathedral of Reims

After the destructions perpetrated by the war, the windows of Notre Dame were replaced. Today there were also three beautiful works by Chagall, surprisingly in harmony with the medieval chapel.

Who knows if this “old lady” of stone, so wounded in pride, would have never imagined hosting, in her structure, something so extraordinarily modern and similar at the same time. 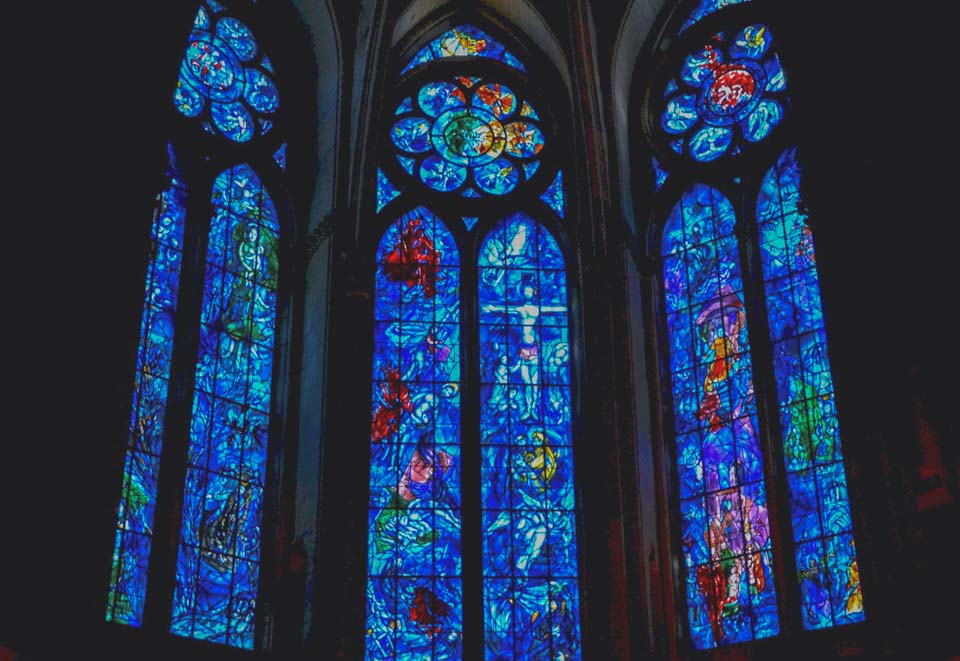 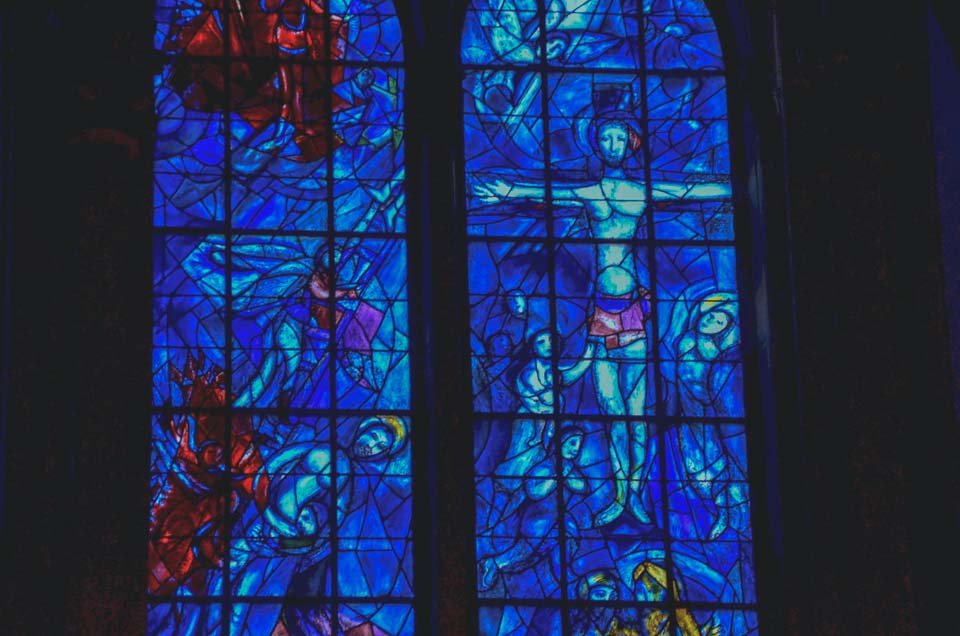 The museum of the Tau palace in Reims

The history of the cathedral of Reims can be traced back to the Tau palace, now a cathedral museum, but once the seat of the archbishop and the place where the king was preparing for the coronation ceremony.

The current structure, built between the fifteenth and the eighteenth century, preserves what remains of the cathedral’s treasure, among which stands out the splendid pendant known as Charlemagne, beautiful tapestries and numerous statues removed from the cathedral for conservation reasons. 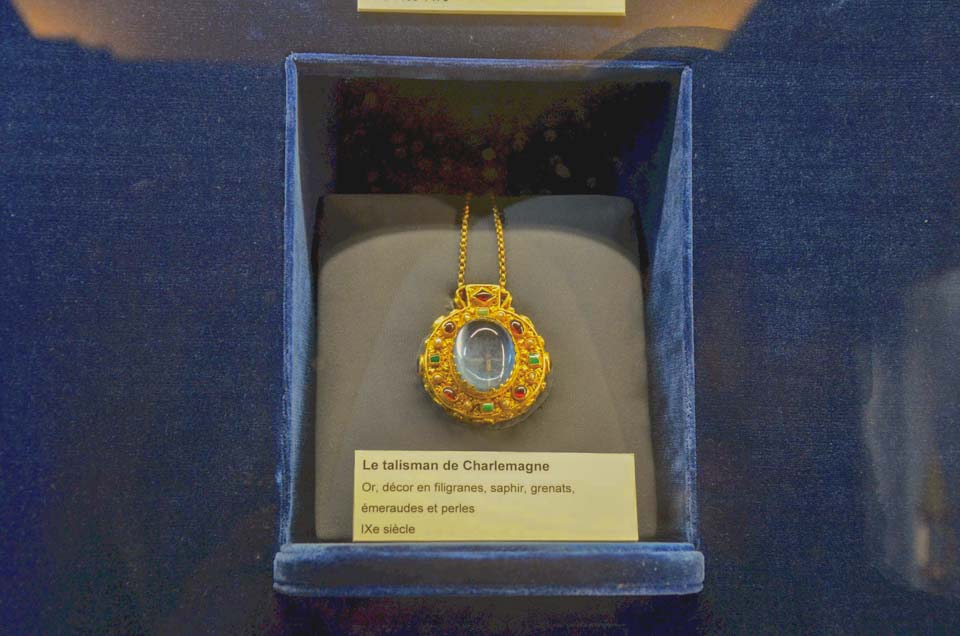 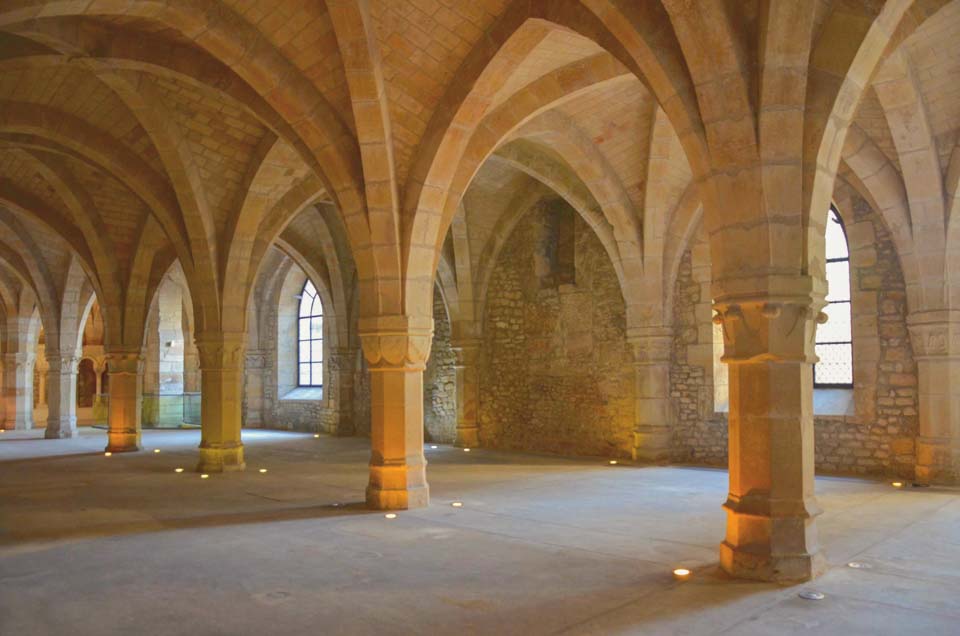 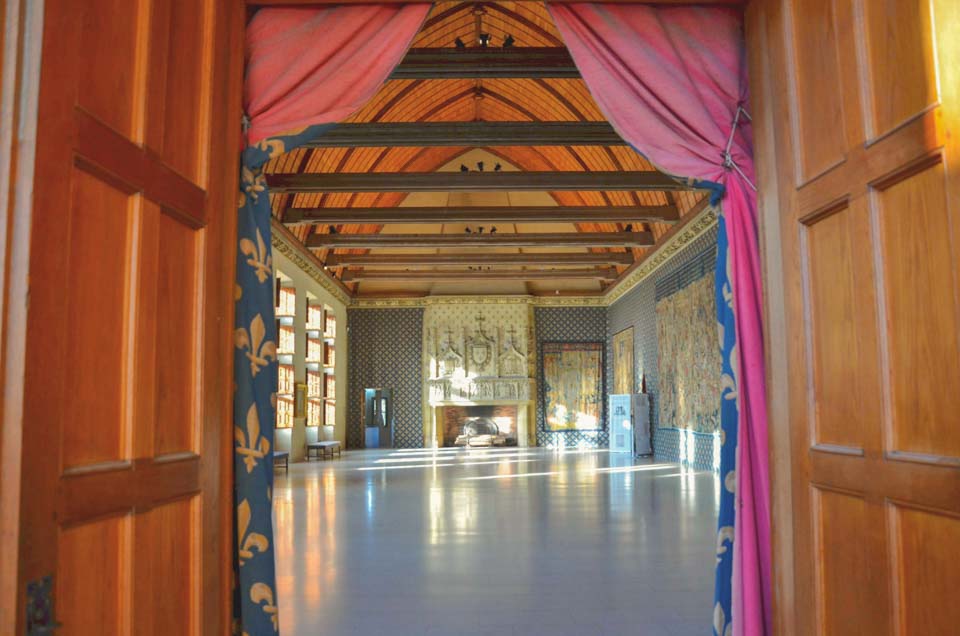 The Reims Museum of Fine Arts and its pink cookies

Another museum worthy of interest is the Musée des Beaux arts which houses, in the permanent collection, works by Cranach the Younger, David, Corot and Poussin.

Reims deserves more than a visit, deserves a stay of at least one night so as to allow you to savor its monuments well, breathe its air so full of history and, getting lost in its streets.

Do not forget to taste the typical pink biscuits of Reims and the delicious Champagne.