Home » Travel destinations » Europe » All the secrets of Castel del Monte: the manor of Federico II and its mysteries

All the secrets of Castel del Monte: the manor of Federico II and its mysteries 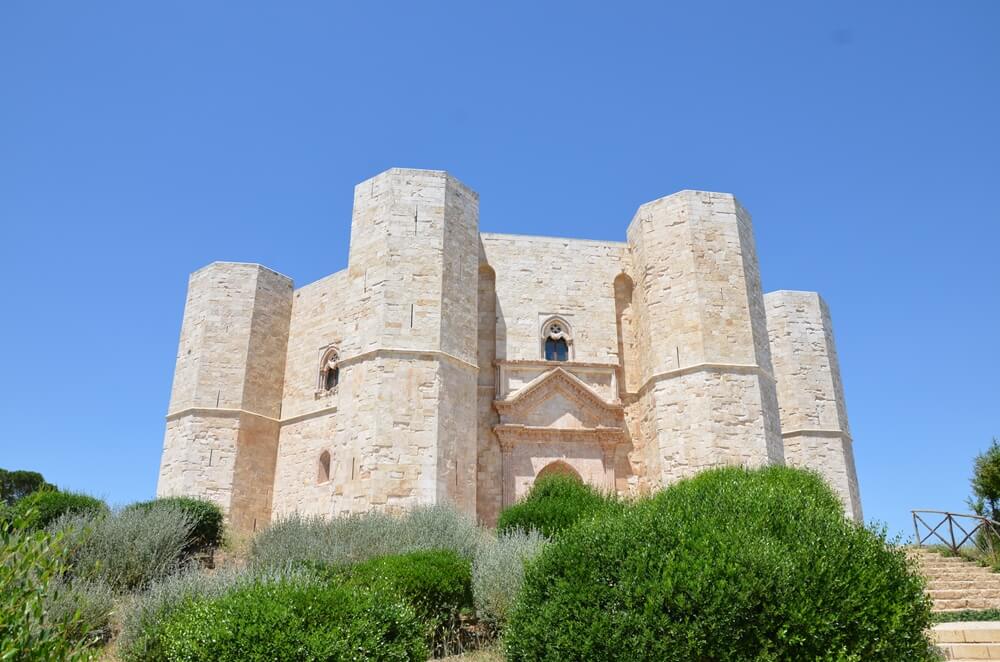 Castel del Monte is one of the most enigmatic structures in Italy. It is located only 60 km from Bari, is one of the 53 Italian sites that UNESCO has included in 1996 in the World Heritage List.

It is universally recognized as a brilliant example of medieval architecture. But in reality, Castel del Monte contains different stylistic elements. At the entrance, you can not miss the lions made in Romanesque style while the towers already recall Gothic art.

The spiral staircases connecting the two internal floors are very unusual. These were in fact arranged in an anti-clockwise direction unlike the other defensive constructions of the time. While, of particular interest, is the hydraulic installation for toilets, of oriental origin.

In short, Castel del Monte is much more than a castle in the middle of nowhere and its mysteries still fascinate scholars from all over the world: this is why Castel del Monte represents more than any other building the eclectic personality of Federico II Hohenstaufen.

Castel del Monte: a manor in the countryside

Castel del Monte is a very enigmatic building: it was built in the thirteenth century by an equally mysterious and interesting man, Frederick II.

It stands on a hill, in the Andria countryside, in Puglia, in a position so isolated that it gives the impression that the place has been chosen by chance, while in reality, it has a precise meaning.

Many think it was a hunting lodge, certainly it was a representative building, which was used by the sovereign to show his power.

It is in fact devoid of defenses and has a unique shape in the world: here begins the second part of the mystery, the very special symbolism of Castel del Monte.

We know that in the Middle Ages everything was regulated by precise symbolic references. At that time these symbologies were not mysterious at all and anyone was able to interpret them because they were part of their culture.Castel del Monte is very rich in these sibologies and in particular has an octagonal shape, and on each corner of the octagon an octagonal tower is built.

But why choose the number 8? 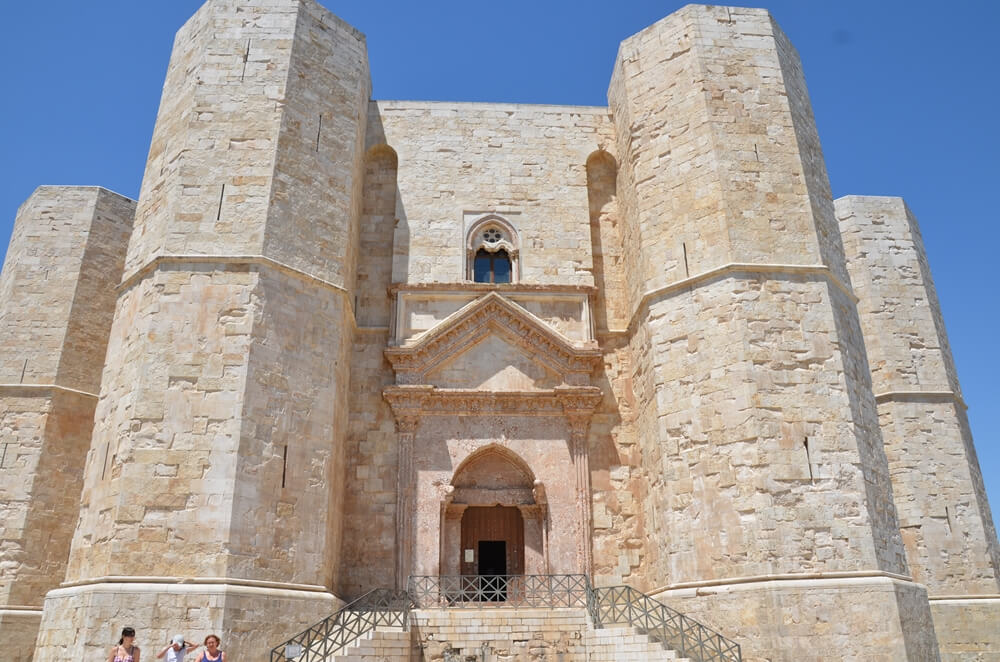 The importance of the number 8 in Castel del Monte

This number 8 represents, since pagan antiquity, the union of the earth and the sky, since it consists of two parts, one upper and one lower.

Furthermore, if we move the number to a horizontal position, we obtain ∞, the mathematical symbol of infinity.

The number 8 is present everywhere in the castle structure. Eight are the sides of the plan of the Castle, eight rooms on the ground and first floor and eight are the imposing towers, obviously with an octagonal plan. It is believed that in the inner courtyard there was also an octagonal basin.

Besides the number 8, also the proportions in which the castle is built are very important

For the study of the proportions of the Castel del Monte was used the golden section, a number discovered by the Greeks that occurs in nature. The plan of the castle has been designed in relation to the illumination of the sun, so much so that the rays hit a certain point of the construction at the winter and summer solstices (where the two lions look at the entrance door).

All this makes us think that Frederick II was not just any sovereign, but an intellectual who knew astronomy and classical culture well. 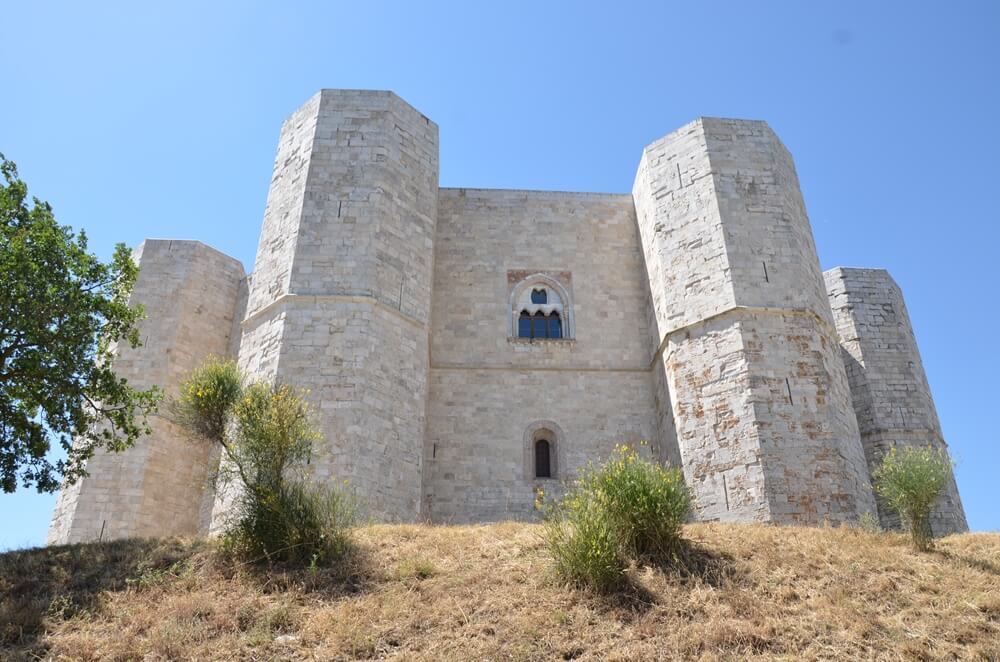 Why was Castel del Monte built?

Some theorized that it was the place where Frederick II welcomed the intellectuals of the time, allowing him to study and work in complete tranquility, but he did not have the certainty.

The same sovereign wrote a very interesting book, a true hunting manual De ars venandicum avibus accompanied by drawings and descriptions that testify to a careful observation of reality and animals, not so obvious in medieval times. 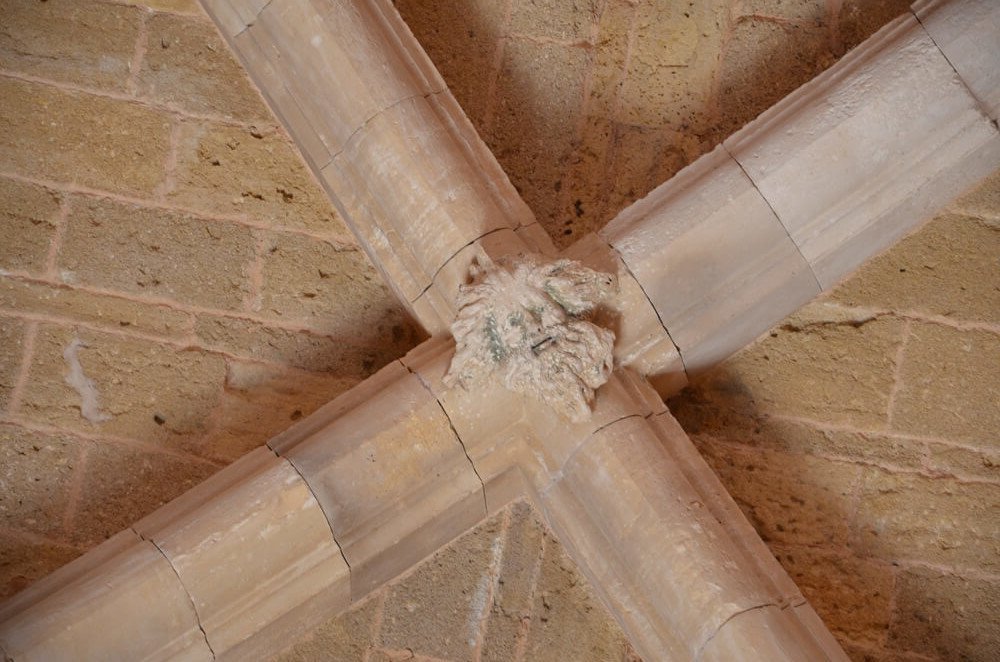 The form of Castel del Monte, which from a distance resembles a crown, could recall the theme of royalty.

The interior of Castel del Monte has not always been so bare. In fact, the castle was once sumptuously decorated with marble and stucco. There are also many remakes to the Arab world, from the chimneys to the toilets, as Frederick II highly esteemed the oriental culture and studied its language together with the hygiene rules unknown to the Western Middle Ages.

It must also be considered that the reign of Frederick II included Germany as Sicily and that his mother’s blood flowed in his veins, Constance of Altavilla. In southern Italy there were people from all over the Mediterranean and contacts with northern Europe and with Arab culture had to be very intense under his reign. 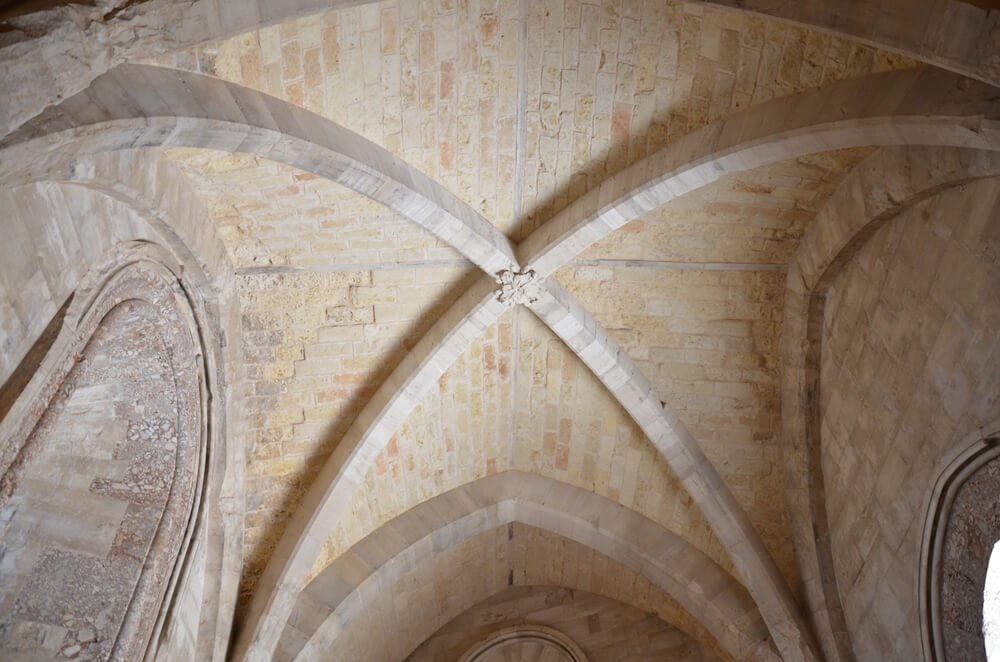 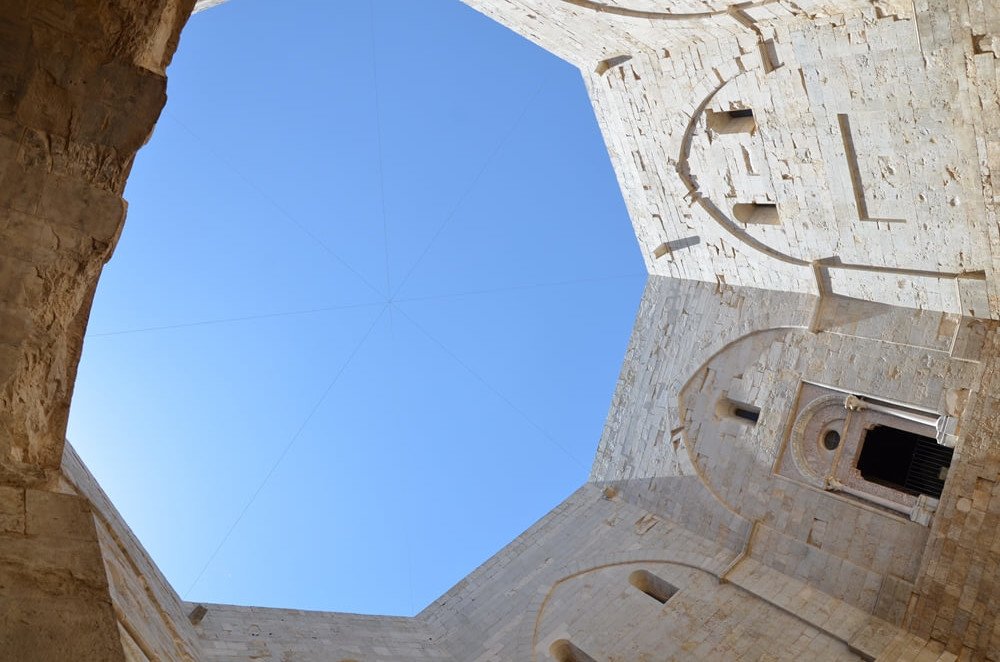 All this makes Castel del Monte a jewel in the middle of nowhere, still today the object of study after all these centuries.

I was thrilled to be passionate about medieval art, but I believe that it exerts its charm on anyone: the vaulted stones, the cornices, the sculptures at the entrance, everything is impressive and harmonious.

Did you notice that there is this castle on the 1 cent coins in Italy?