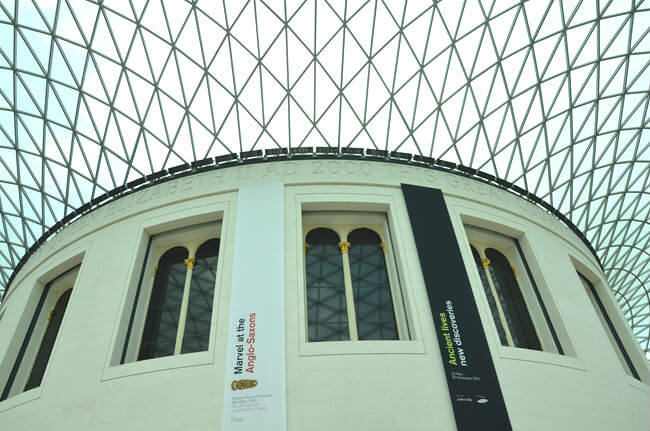 Skip the line ticket for the British Museum

The British Museum in London is one of the largest museums in the world with a collection of about eight million pieces including exhibits, works of art and books. Its history is very old: it was founded by Sir Sloane in 1753 and then sold to King George II at his death.

The collection of the British Museum has grown over time especially with the nineteenth-century excavations in the countries colonized by the United Kingdom.

Among the many famous and valuable works there are some that then not absolutely lost: here is a short personal list with useful links.

The British Museum in London has a very ambitious goal: to gather testimonies from all the civilizations of the world.

Discover the history of man in ten very significant works! 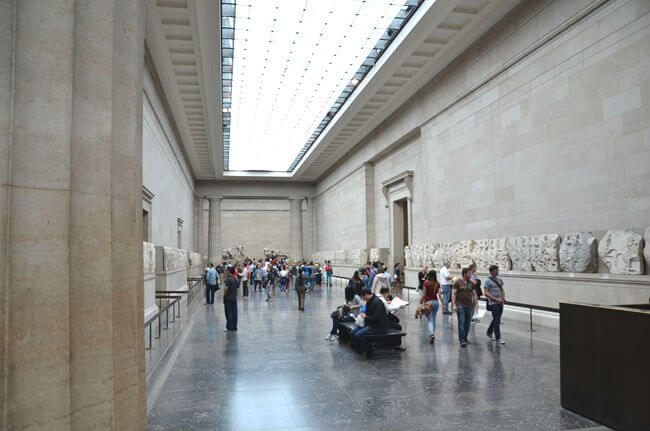 1 – The Rosetta stone: where the hieroglyphs are discovered

It is not to be admired, it is not even beautiful, but historically it has been of crucial importance at least for the Egyptologists.

Indeed, on this stone, there is a text written in ancient Greek, in Demotic, and in Hieroglyphics. It was found in 1799 and the hieroglyphs until then were only mysterious symbols combined. Thanks to this stone we are able to understand the hermetic language of ancient Egypt.

If it was a Frenchman to find the Rosetta stone and make it study, it was the English who took possession of it after the conquest of Egypt. That is why today it is in the British Museum. 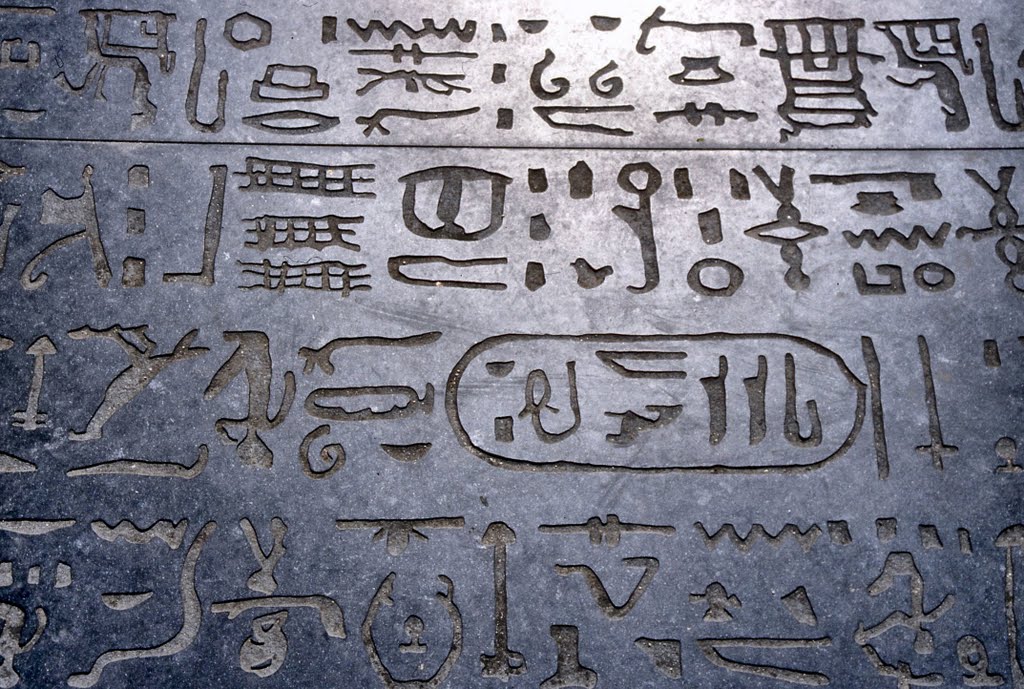 2 – Friezes of the Parthenon at the British Museum

Monumental and beautiful, are the sculptural groups that once decorated the gables of the Parthenon on the Acropolis of Athens. They were brought to England in the nineteenth century and Greece has been asking for their return for years.

These huge statues were carved in 440 BC. from Fidia, one of the greatest sculptors of antiquity. Today they are all white but once they were completely colored and had to look really alive! These sculptures mark the peak of classical art.

In the same room, there are also the friezes and metopes of the Parthenon, also splendid. 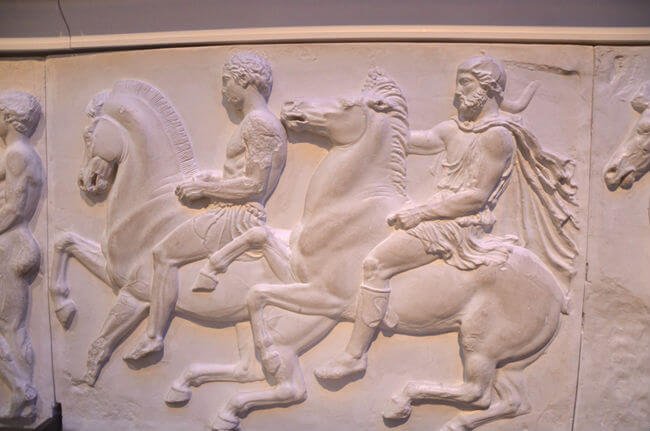 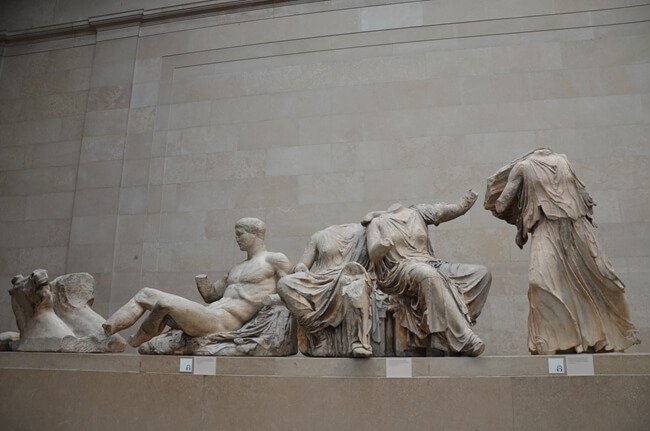 3 – The section on ancient Egypt

The collection of Egyptian artifacts from the British Museum is the third largest in the world. The first is obviously that of Cairo followed by the beautiful Egyptian Museum of Turin.

There are many mummies, colossal statues and very small objects of daily life, large frescoes and entire walls of hieroglyphs.

In short, a section where you should spend hours and hours. 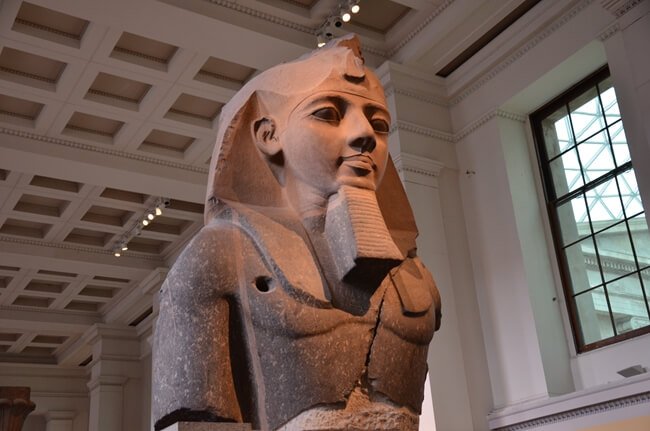 4 – The chess of the Lewis island, a Viking mystery?

These small works of art are walnut and walrus ivory chess found on the Isle of Lewis in the 19th century.

They date back to the 12th century and were probably built in Norway, near Trondheim. How and why they arrived on the shores of Scotland remains a mystery 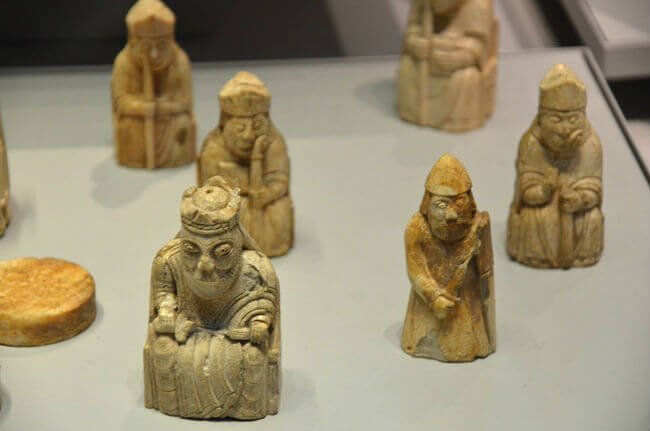 5 – The treasure of Sutton Hoo

The treasure of Suttun Hoo was discovered in 1939 in the United Kingdom and is one of the most important examples of art of the VI-VII century in this area.

Various tombs were found in this area: some had never been violated and still preserved precious jewels. The most incredible was the burial including a ship made of oak wood weighing several tons.

Buckles, clasps, helmets, sword swords and many other beautiful objects that are worth admiring have been found. 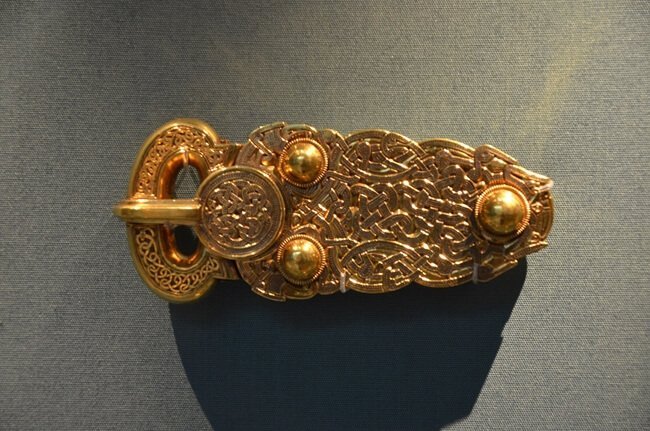 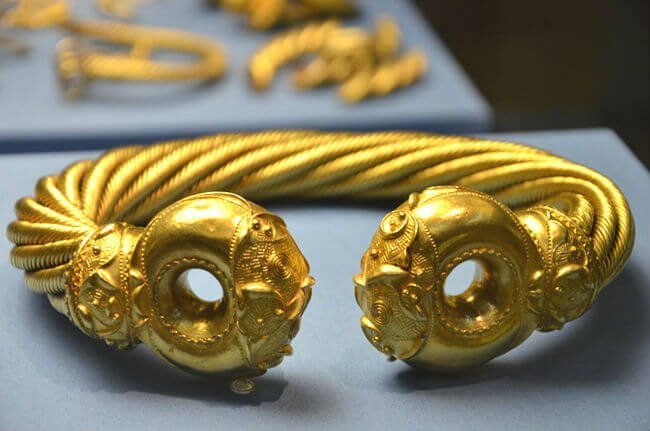 This dish is one of the finest examples of the minor art of late Roman antiquity. It is a masterpiece of jewelry, weighs more than 8 kg and represents Bacchic scenes and the bearded god Neptune at the center.

The Mildenhall plate is in embossed silver and is simply magnificent. Even the rest of the silverware deserves to be admired: it is what remains of the treasures that were hidden at the time of the barbarian invasions and then found centuries later in the most unbelievable situations. 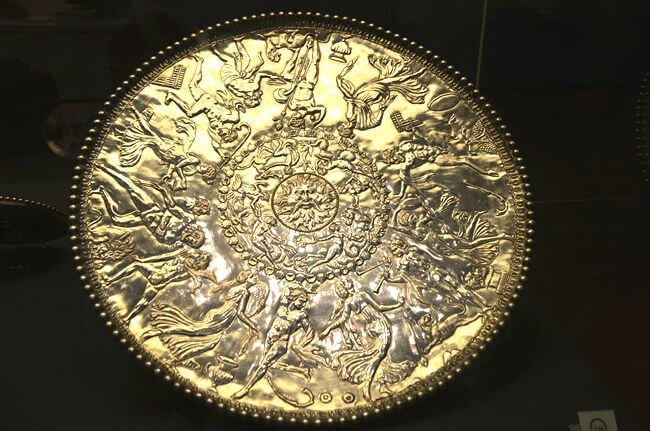 7 – The crystal of Lothario

It is a jewel that was probably made for the Carolingian king Lothair II (about 860 AD). Lotario’s crystal was minutely engraved with the biblical scenes of Susanna and the Elders.

You can find it in the Middle Ages section of the British Museum. 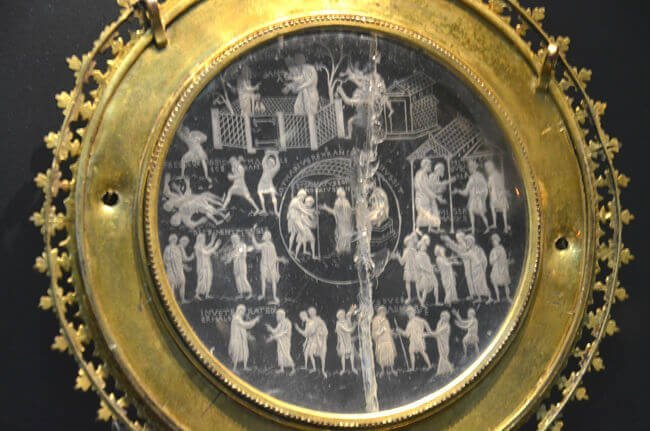 8 – The Mohai of the British Museum

You know those monolithic sculptures of dark stone with the big nose that are on Easter Island? Well, there’s one in the British Museum in the “living and dying” section and it’s called Hoa Hakananai’a. It is almost 3 meters high and is more or less dated to 1200.

I do not know the art of this part of the world, but I assure you that it has a remarkable expressive power and is really impressive. One word to describe it: incredible. 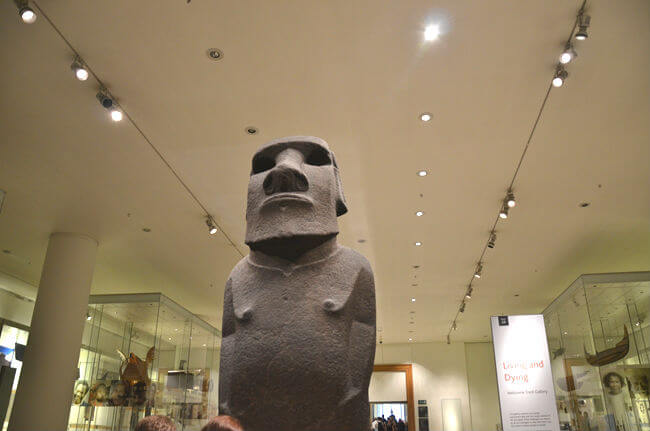 Being in front of some masterpieces is certainly very emotional, but what I love most about museums is when they tell me what the daily life of the men of the past was like. What they did, what they ate, how women wore them, what the children played with, what their clothes were like. I like to know this.

The “crocks” of Greek-Roman vases, wines and crumbs are scattered throughout the museums of Europe and always seem the same, but they are each time a discovery. The most beautiful of the British Museum, in my opinion, is the vase of Achilles and Penthesilea, my heroine. Too bad you can not take a decent picture from any angle. 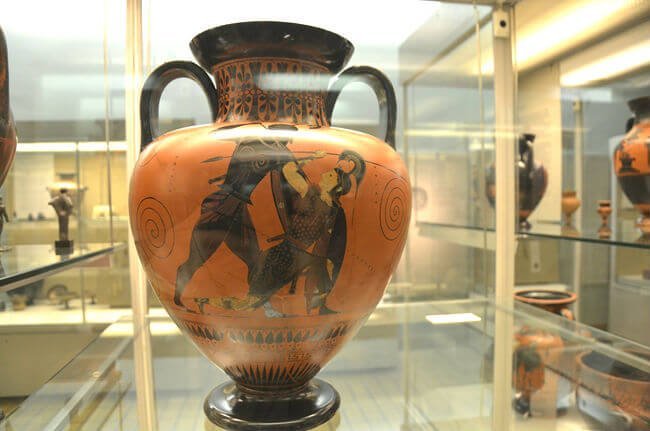 10 – The Great Court of the British Museum

Don’t forget to admire the Great Court architecture of the British Museum. It is dedicated to Elizabeth II and is the largest covered square in Europe, full of light, truly magnificent.

It was inaugurated in 2000 and is the work of Foster & Partners.

Like the other British state museums, the British Museum is free but an offer at the exit is welcome (and obligatory, I would add).

The last time I visited it was 2014 and it was a great emotion to review certain works after having studied them. I have also discovered many others and have stayed for hours to admire some masterpieces of minor arts, jewelry, plates, weapons, and clothes.

I was very impressed by some works from Asia and Africa, if you have any history or art history manual dealing specifically with these two continents, please report it to me, I would like to know more!

Skip the line ticket for the British Museum